Young Prophet Looses His 12year Old Son And Rev. Eastwood Anaba Helps Him Overcome The Pain Of It.

By MrsBabie (self meida writer) | 13 days

On April 2009, the founder and then General Overseer of the Fountain Gate Chapel, Eastwood Anaba, was hit with a tragic situation as the renowned evangelist lost two of his kids to a gruesome motor accident. The two daughters named Amanda Eastwood Anaba and Audrey Eastwood Anaba, lost their lives on their way from Tamale to Bolgatanga to attend the church’s annual Easter Convention dubbed International Extra Oil Conference. 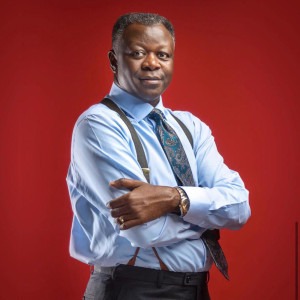 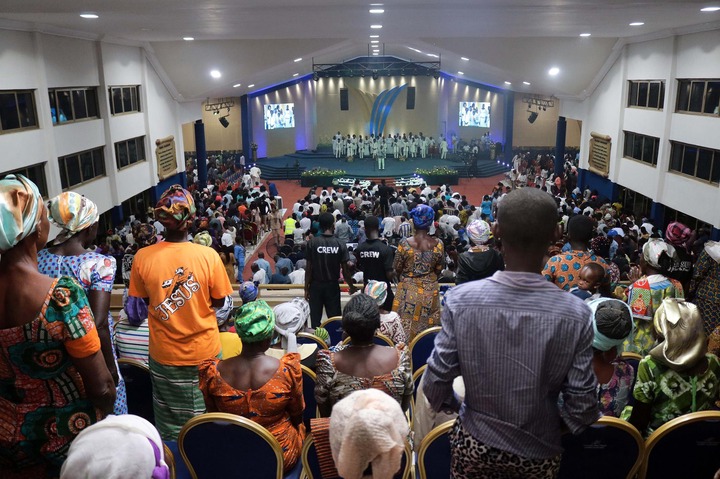 Briefly after the death of Eastwood Anaba’s daughters’, the church ahead of the funeral which was scheduled on April 26th,2009 organized a thanksgiving service titled, “Glory Night” to celebrate all the deceased, who were in total, six (6) members of the Fountain Gate Chapel - Benjamin Bulmuo Jnr, 20years, Clara Kadjani, 36years, Amanda Eastwood-Anaba, 19years, Audrey Eastwood-Anaba, 15years, Alberta Osei, 24years and Alexender Kusi, 32years.

The funeral of the four was a solemn and a memorable one as dignitaries from government officials to the clergy graced the day. In attendance at the funeral was the then majority leader in parliament, Honorable Alban Bagbin who led a government delegation to present an amount of GHS1000, four bags of rice and six creates of beverages to the bereaved family. Apostle Sam Korankye Ankrah and Rev Tackie-Yaboi were also present. 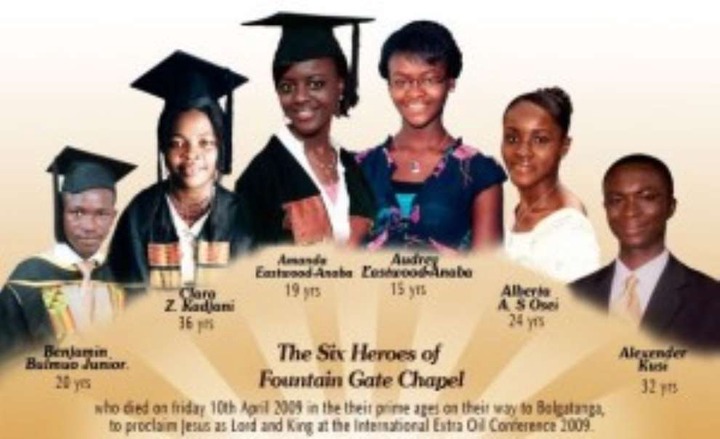 Many will recall this sad event and remember that, it was probably the first time as a country, that a leading man of God, had been hard hit by such a tragedy. But far beyond this, was the next phases of seeming stress and giving up, that had occasioned the fast rising ministry of Eastwood Anaba, as he had even contemplated resigning from the ministry.

Well, by the special grace of God, Rev. Eastwood Anaba who is now left with two sons,, has quickly overcome this and has rather become a shoulder of support, for other pastors and body of Christ leaders, who may well be caught up also, in such unfortunate tragedies.

During a service yester night, at his Bolga Desert Pastures Church, in a special program dubbed Kingdom Agreement with Rev. Eastwood Anaba, he shared how when this happened, he seemed to have moved on, but soon got "tired" and was willing to rather die, than live. But someway " God strengthened him, as he found out that, living was not about himself anymore, but for others and hence, he now wants to live many more years and be of support for others rather"

Rev. Eastwood Anaba used the opportunity to invite Prophet Osbert and the wife, who lead the Osbert Blankson Eduam Ministries, the body that runs a fast rising and growing church named, Life Empowerment Chapel based at Sakumono, opposite the Regional Maritime University to share few words with the congregation after he Rev. Anaba had finished preaching the word of God on "Power To The Faint" as seen here at Facebook. 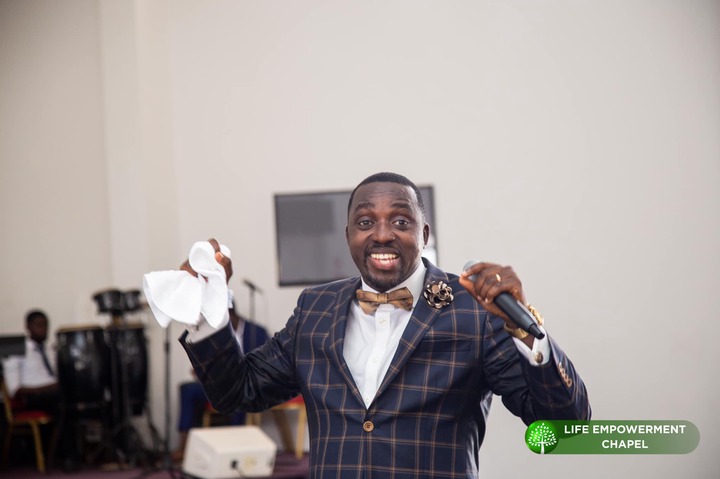 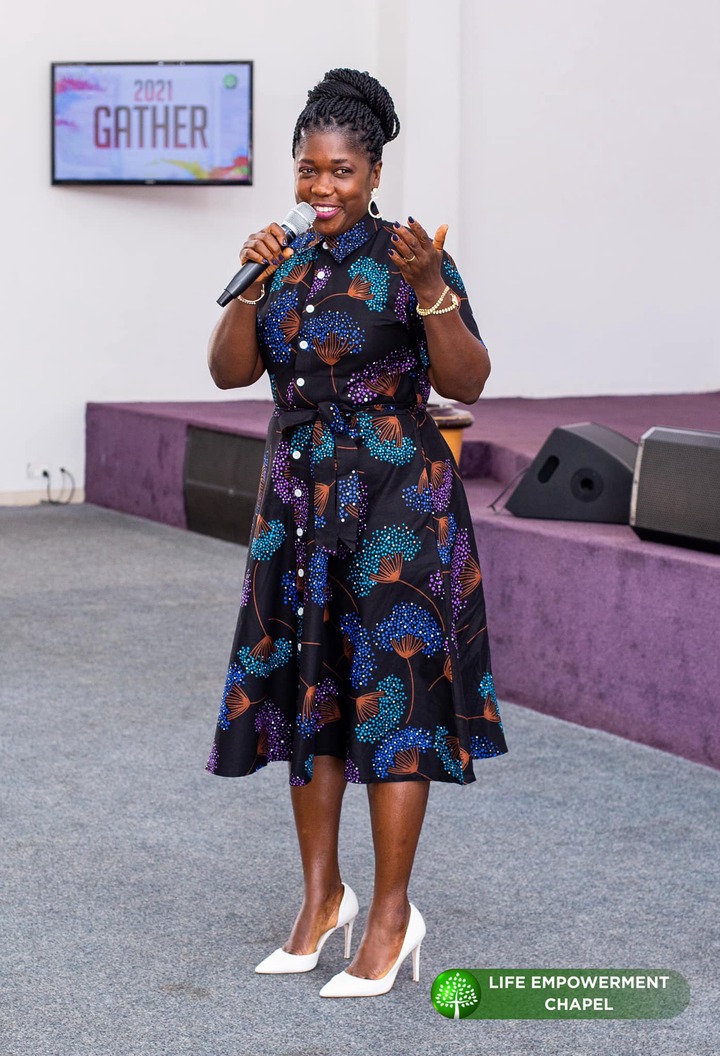 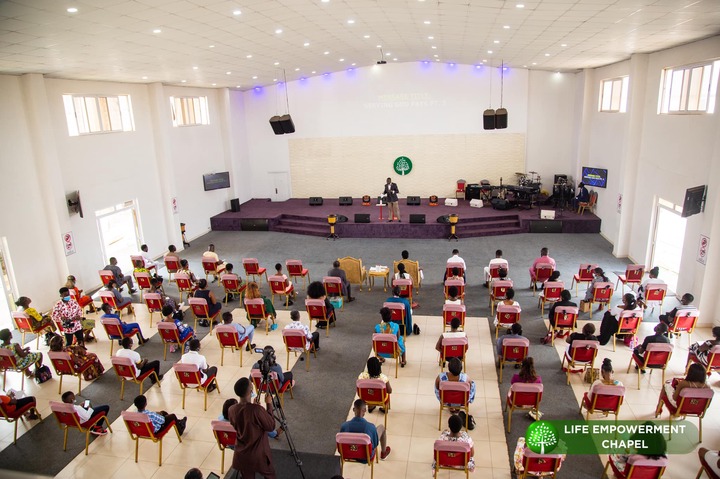 It was then, that the couple shared the sad news of how God had been helping them in building the ministry and everything seems to be going on very well, until, in December of last year, they lost their only child and son suddenly."

Rev. Anaba is a father of fathers, a prophet of prophets and we appreciate his support. We are living because of daddy Anaba's anointing. On the 30th of December, myself and wife, lost our only son. After the calls by several pastors, we were able to call Rev. Anaba and he asked us to come to Bolgatanga. After the funeral, we were tired and sad and had contemplated giving up but fast forward, we came and once we met him and he laid hands on us later, I sensed a burden leaving me literally and we have since been empowered and emboldened to serve the Lord even more." Rev. Osbert said. 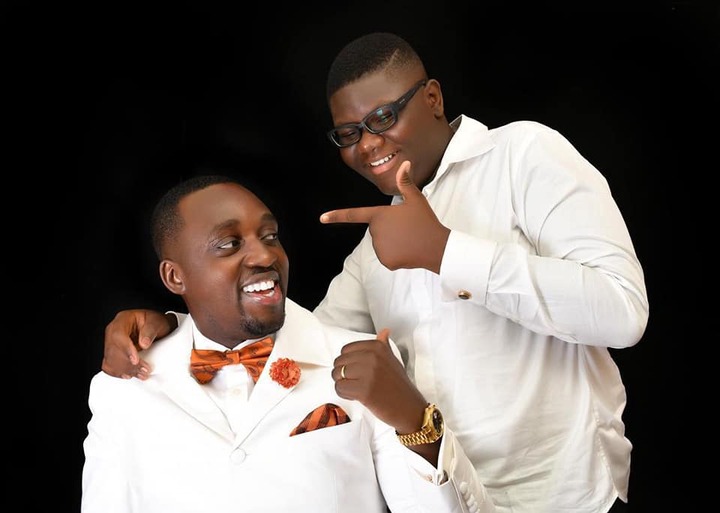 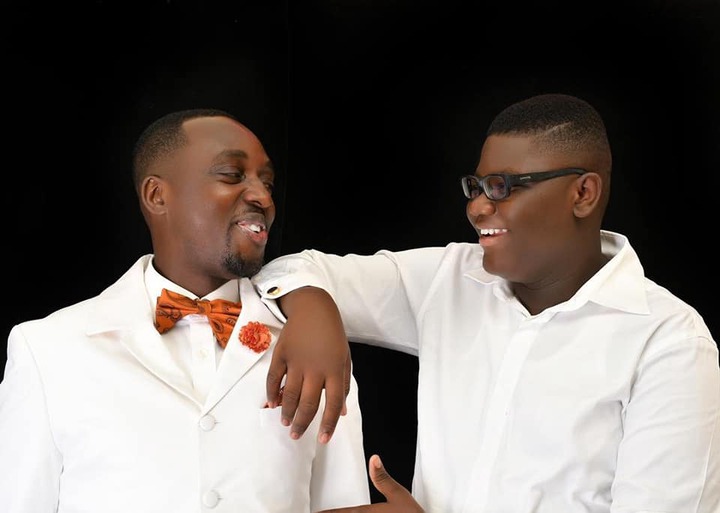 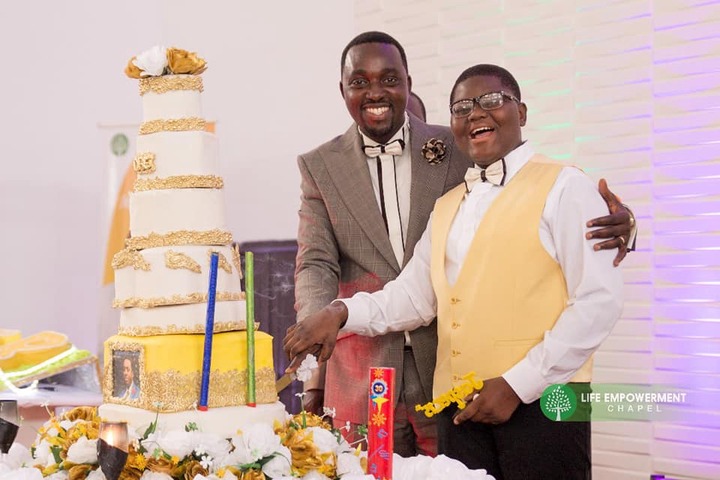 The couple who may have moved beyond the tragedy in part, shared how several father figures in the faith in Ghana, had been of support to them, but they all kept referring them to get in touch with Rev. Eastwood Anaba and after several inability to do so, they finally went over this last weekend and upon contacting the renowned cleric, Rev. Anaba, they have received healing and strength and are willing to go back and work harder and inspired again.

"We came to receive anointing, we came to tap strength and indeed, we are leaving here refreshed and strengthened. We will dream again, we will work for the Lord and we will serve the Lord even more" the wife, Kate Osbert said.

Rev. Anaba prayed for them and laid hands. They were seen been slain in the spirit and just after this ministration, Rev. Anaba called a member who he asked Rev. Osbert to minister to prophetically, to the inspiration of that member. They were grateful for the support given them. Rev. Anaba remembered the congregation of a prophecy earlier this year, where he said that, their church will be a pool of Bethesda, for many and this testimony is a sign that, Gods word has come to pass also, right in their eyes. 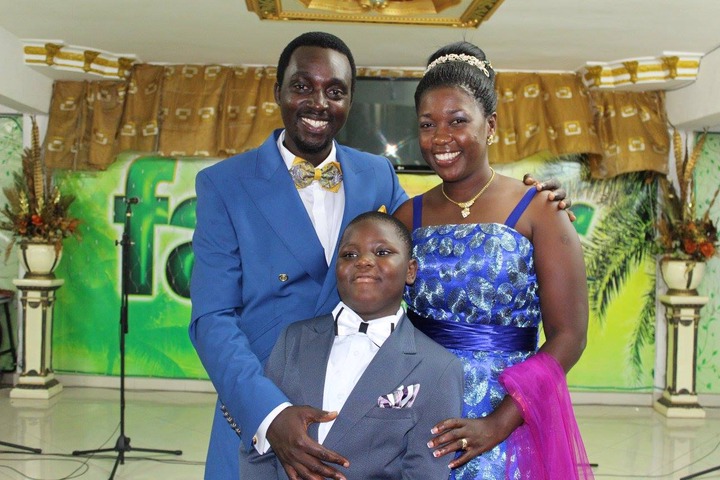 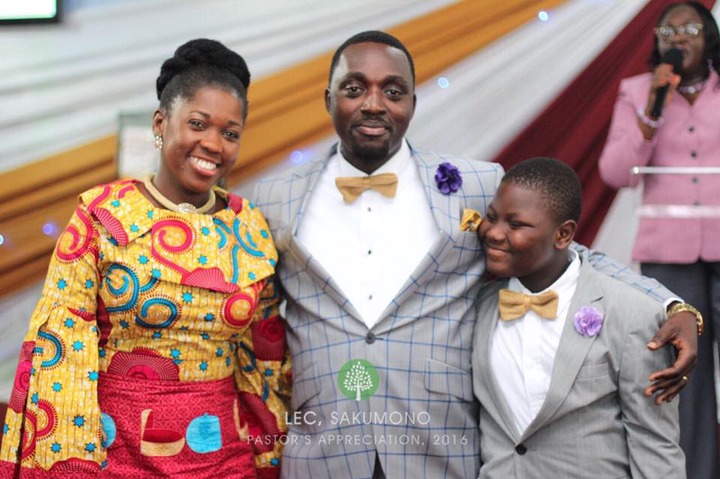 In a video sighted on Prophet Osbert church's Facebook page, a tribute as seen here Facebook, has been posted and it is one touching one, in which the mother, Mrs. Kate Osbert shared memorable moments of his late son's life. She shared how the late Joseph Osbert loved acting both at school and at church and also played pivotal roles at church, such as giving up his savings to feed other members, engaging in evangelism and also, even helping in arranging and packing chairs at their church.

Indeed, they have lost their only child and a fast growing son and he awaits all believers in eternity and in spite of how hard this may seem, to them, their church and everyone reading this, it still means that, the work of ministry must continue and we are glad that, their story will be a fountain of hope, strength and peace to anyone going through any challenges. It is well indeed.