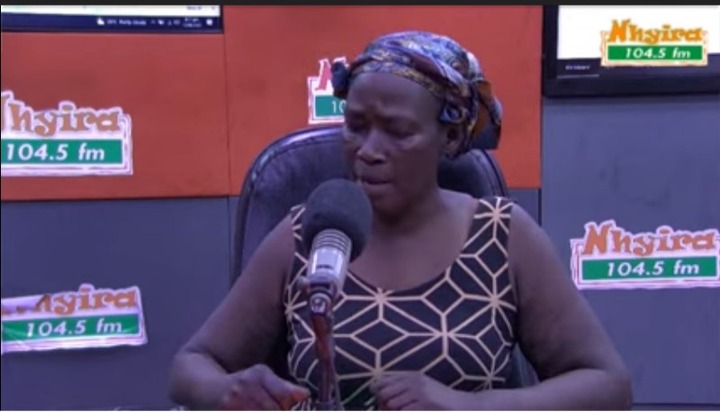 Maame Ama Adutwumwaa, a 53 years old woman retells what happened after a pastor told her to pour palm oil into a river. In the woman's narration, her mother got a stroke two years ago, her friend recently advised her to seek help from their pastor. She listened to the friend's advice and sent her mother to the church, The pastor told her to buy anointing oil which cost GHC200, pray over it at midnight.

The pastor then revealed to her that one her family member will die if he prays for her mother. The man of God again requested GHC700 and a few things for the prayers. Maame Ama said her mother's condition became worst when they got home, she was not able to walk again, talk or even eat. The mother became weak that she had to bath her indoors.

Maame Ama again said she informed the pastor about her mother's condition but he again told her to pay GHC200 to get another anointing oil and pray over it yet her mother keeps on losing weight and became weak as the days passed by. Maame Ama added that she rushed her mother to the hospital for medical treatment.

She was admitted to the hospital for more than a month but there was no improvement in her mother's health. She again went to the church with her sister-in-law for the pastor to help them but he rather revealed to them that her brother too will be involved in an accident. The man of God took another GHC700 from them and gave them four bottles of anointing oil to pray over it at night.

He also told her to buy a snail, palm oil and pour it into a river but the man of God warned her her mother will die on that day so that her brother will survive. Maame Afia too did as she was told, four days later her mother died. After her mother's burial, she found out it was an abomination to pour palm oil into that river.

She started having bad dreams about her mother who sent her to the river she poured the palm oil in it. She began to experience severe body pains the next morning, Maame Ama said she went to the hospital but the doctors found out nothing wrong with her. But she has been having sleepless nights and body pains too. The woman is now seeking help to recover from the illness.