An object of worship can give direction to man's motion and light up his darkness with its brightness when it is able to give him ideals, is endowed with a positive and elevated existence, is the cause of effects, and is the very essence of stability and permanence. Then, the object of worship produces inner effects in man and guides him in his thought and his actions. 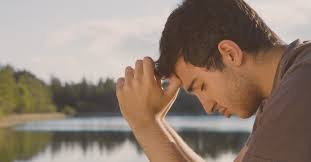 It facilitates for the essence of man, that part of him nurtured by the divine wisdom, its search for perfection. Any effort or motion on the part of man to choose a false direction for himself, to take the wrong path in life, will result in his alienation from himself, his loss of all content, and the distortion of his personality. Man cannot possibly come to know himself cor rectly if he has separated himself from his Creator.

To forget God means to forget oneself, to be oblivious to the universal purposes of human life and the world that surrounds one, and to be unable to reflect on any form of higher values. Justas attachment to other-than-God alienates man from himself and transforms him into a kind of moving biological machine, so, too, does reliance on God and supplication at His threshold draw mono-dimensional man, lacking all spiritual life, up from the oceanic depths of neglect, revive him and restore him to himself.

Through worshipping God, the spiritual capacities and celes tial forces in man are nourished. Man comes to understand the lowliness of his worthless material, hopes and desires and to see the deficiencies and weaknesses without his own being. In short, he comes to see himself as he is. To be aware of God and take flight toward the invisible source of all being illumines and vivifies the heart. It is utterly pleasurable, a pleasure that cannot be compared to the pleasures of the three dimensional material world.

It is through orienting oneself to that abstract, non-material reality that thoughts become lofty and val ues transformed. 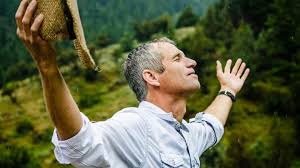 The Commander of the Faithful, Ali, peace be upon him, discusses the wonderful effect of awareness of God on men's hearts as follows: "The Almighty Creator has made awareness of Him the means for purifying the heart. It is through the awareness of God that deaf hearts begin to hear, blind hearts begin to see, and rebellious hearts become soft and tractable." He says, too: "O Lord! You are the best companion for those who love You and the best source of remedy for all who place reliance upon You.

You observe them in their inner states and outer doings and are aware of the depths of their hearts. You know the extent of their insight and knowledge, and their secrets are manifest to You. Their hearts tremble in separation from You, and if solitude causes them fear and unease, the awareness of You comforts them, and if hardship and difficulty assail them, You alone are their refuge." Imam Sajjad, upon whom be peace, that paragon of purity and justice who had an unbreakable bond with his Lord, demonstrates to us in his supplicatory prayers the highest expression of love.

This was a sacred love that had inflamed all of his being, and although his spirit was sorely pressed by the mortal sorrow of separation, the powerful wing of love enabled him to soar up into the limitless heavens. With indescribable sincerity and humility, he thus prayed at the threshold of God, the Eternal: "O Lord! I have migrated to Your forgiveness and set out to Your mercy. 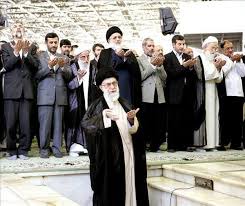 "O Lord Whom I worship! O You whose aid the sinners supplicate through Your mercy! O you in the remembrance of Whose generosity the wretched seek refuge! OYou in fear of whom the wrongdoers bitterly weep! "O source of tranquility for the heart of those banished in fear from their homes! O consoler of those who sorrow with broken hearts! O succorer of the lonely, helper of the rejected and needy! I am that servant who responded obediently when You com manded men to call on you.

"O Lord! Here I am prostrate in the dust at Your threshold. Oh God, if You show mercy to whomever calls upon You in supplication, then let me be earnest in my supplications, or if You forgive whomever weeps in Your presence, then let me hasten to weep. "O God, do not make hopeless the one who finds no giver but You; do not thrust me away with the hand of rejection now that I stand here at Your threshold." Anyone who wishes to understand the profound meaning of supplication must realize that rational explanation and logical deduction are incapable of yielding a deep understanding of ques tions touching on spiritual illumination.

The Noble Quran describes the conduct and way of life of the unbelievers and materialists as follows: "The deeds of those who are unbelievers are like a mirage in a flat and waterless desert. A thirsty man will imagine them to be water and hasten toward them, but when he reaches them, he will find no water." "God and His Messengers summon mankind to the truth; other than God, all claims are baseless and vain, for they are unable to meet any of man's needs.

One who relies upon them will be like the one who dipped his hand in a well to drink from it but found his hand could not reach the water. The unbelievers summon men only to misguidance." "The dwelling of those who choose other than God as friends and protectors is like the dwelling of the spider; were the spider to know, the weakest of dwellings is his." "The deeds of those who disbelieve in God are like ashes that are swept away by a strong wind; they have no benefit from all their strivings. 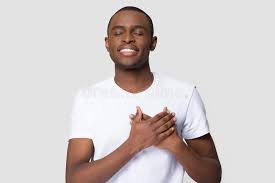 This is the path of misguidance, utterly distinct from the path of salvation." The loftiest expression of thankfulness that man can make at the threshold of his true object of worship is supplication, the profession of love for His absolute perfection and devotion to it. This he does in harmony with all of creation, because all beings praise and glorify God. The Quran says: "The seven heavens and the earth and all they contain praise God.

There is no creature not engaged in the praise and magnification of its Lord, but you do not understand their praise. God Almighty is forbearing and most forgiving." This worship and praise naturally do not bring God the slight est benefit, for He possesses all perfections to an infinite degree and neither the world nor man can add anything to Him or take anything away from Him. Is it at all conceivable that He would create man in order to benefit from his worship and praise?

On the contrary, it is man who, by gaining knowledge of the supreme being and worshipping Him in His sublimity, reaches his ultimate aim and true perfection. Professor Ravaillet, celebrated philosopher and physicist, has the following to say about consciousness in the universe: "The new cosmology says that atoms and molecules know what they are doing; in the normal sense of the word, they have awareness of the tasks they perform and of the course of their lives. This conscious ness of theirs is superior to the knowledge of the physicist, because all the physicist knows of an atom is that if it were not tangible and recognizable, no one would know anything about it.

"Bodies, motion, speed, the concepts of here and there, radia tion, equilibrium, space, atmosphere, distance, together with many other things-all came into existence thanks to the atom. If the atom were not to exist, what would be the origin of all the remarkable phenomena of creation? There exists the same affinity between consciousness and body as there does between motion and motion lessness, or the positive and negative aspects of motion. "Now, space, taken as a whole, is not blind.

We demonstrated, if you remember, when examining the field of vision, that the eye is not the basic and determining factor. Since it is fixed at a given point on the globe, according to the limited circumstances of the human species and other terrestrial beings, it has a certain narrow physical field within which it operates. 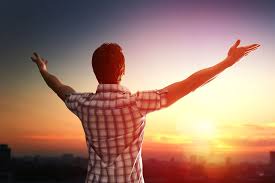 But as for the space between the earth and the sun, between the sun and the galaxies, and between the galaxies and remote gigantic planets, where huge forces with tremendous range are engaged in exchanging energy there an organ such as the eye of terrestrial creatures has no opportunity to show itself or demonstrate its effectiveness.

"But precisely for this reason we cannot believe that lack of con sciousness and awareness prevail in that field for the exchange of vast energies and forces ruled by the laws of attraction, equilib rium, motion, light and centrifugal force. Blindness does not exist in these wondrous phenomena, and even particles of light cannot be regarded as something akin to an illiterate mailman whose only job is to deliver messages he cannot read."