Etiquettes To Consider While Preparing For Jummah (Friday) Prayer

By hussein_yusif (self meida writer) | 29 days

The Friday Prayer is special, and for this special prayer, Allah Almighty has put extraordinary emphasis on its offering. Allah says in the Quran:

Prayer on the day of Jumu’ah [Friday] “O you who believe! When the call is proclaimed for the Salat on the day of Friday (Jummah prayer), come to the remembrance of Allah (Khutbah) and Salat and leave off business, that is better for you if you did but know!” (62:9)

From the ayah the importance and significance of the Jummah prayer are evident. It is a prayer for which Allah tells Muslims to leave everything they are doing and ensure their presence in the mosque. Moreover, this ayah also makes clear that the prayer of Jummah is not limited to Salat only, rather the remembrance of Allah, which is the Khutbah is also an integral part of the Jummah prayer and should not be overlooked or undermined in any way.

With regards to Jummah prayers, there are key factors which one should consider as etiquettes. The lines below discuss those etiquettes so that a Muslim can ensure them and offer the Jummah prayer as well as celebrate the day in the best possible manner.

In the Jummah prayer, the Khutbah is before the prayer and the more early a person goes for prayer, the greater the chances of him listening more to the remembrance of Allah Almighty. In this regard, Prophet Muhammad (PBUH) said in a hadith:

“On the day of Jummah, the angels stand at the entrance of the Masjid in which Jummah Salat is to be offered. They write down the name of the person who enters the Masjid first, and thereafter the name of the person who follows, and they continuing doing this. The person who entered first will receive the reward of sacrificing a cow, thereafter a chicken, thereafter the reward of giving an egg as charity in the path of Allah. Once the khutba commences, the angels close the register and begin listening to the Khutbah.” (Muslim)

This hadith of Prophet (PBUH) tells of a variety of things about Jummah prayer. The first thing is that those who come to the prayer earlier receive a higher or greater reward compared to those who arrive later. Secondly, if one enters the mosque once the Khutbah has started then one does not receive any special reward, rather at that time the reward left for a person is of a regular Zuhr prayer. Therefore, if you wish to attain greater reward, then you must ensure that you arrive at the mosque as early as possible and listen to Khutbah prior to offering prayer.

It is narrated that once Prophet Muhammad (PBUH) was giving the Friday sermon that a man entered the mosque and sat. the Prophet (PBUH) asked him:

The man replied in a negative, to which Prophet Muhammad (PBUH) said:

“Get up and pray two Rakats (of tahayyatul masjid).” (Bukhari)

This hadith shows that whoever goes for Jummah prayer, in addition to listening to the sermon and then offering the obligatory prayer, he must offer two Rakats of Tahayyatul masjid. These are the prayers which one offers when he enters the mosque. The thing to notice in this regard is that offering these two rakats is only possible when one goes to the mosque before the start of the Khutbah, as when the Khutbah starts one should refrain from doing anything which includes prayers as well. Therefore, a Muslim must try going to the mosque as early as possible and offer Tahayyatul Masjid Rakats there before anything.

Arriving At The Mosque Calmly:

The day of Jummah is special and so are its preparations. However, it has been observed that people on this day and close to the Jumah prayer timings get frantic about the preparations and it is in this frenzy that they pursue everything hastily. When it comes to offering prayers hastily, Prophet Muhammad (PBUH) said in a hadith:

“If the prayer started do not run for it but just walk for it calmly and pray whatever is missed.” (reported by Abu Huraira)

This hadith shows that one must never become hastily if one, unfortunately, runs short of time with regards to offering Jummah prayer. This rule is applicable to all prayers, therefore, Jummah is no exception. The reason why calmness is encouraged in people is commended when going for prayer is because the offering of prayer requires a certain level of dignity which should be observed when a person is going to offer the prayer. Therefore, firstly one should go for Jummah prayers beforehand, however, if you run short of time, then you should not go to the mosque hastily or in a hurry, rather you should go for it in the same manner as you would go for prayers in ordinary circumstances – with dignity and serenity.

Listening To Khutba With Attention:

Khutba is the integral component of the Jummah prayers. It is Khutbah that differentiates the prayer of Friday from the Zuhr prayer offered under normal circumstances and on ordinary days. Khutbah is the remembrance of Allah and one should listen to the Khutbah sermon with undivided attention. Prophet (PBUH) said:

“If you (even) ask your companion to be quiet on Friday while the Imam is delivering the sermon, you have in fact talked irrelevance (i.e. engaged in idle talk).” (Muslim)

In short, Friday is the most blessed day of all and the prayer of Jummah is the jewel in the crown of this day. A Muslim must make special preparations on Friday for the prayer and consider the listening of Khutba an integral part of the whole Jummah prayer package in order to gain maximum blessings on this virtuous day. 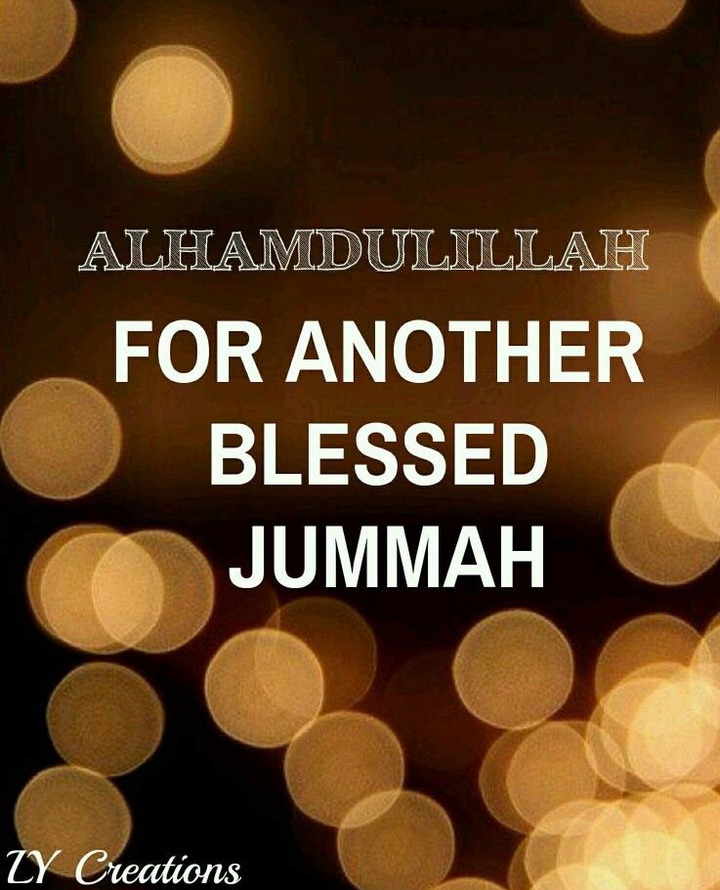 Content created and supplied by: hussein_yusif (via Opera News )