The Bible.A Book of Deceit? A look At 5 Times The Bible Contradicted Itself. 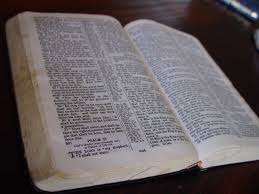 The Bible is considered as a holy book,passed down from generations,to serve as a guide and a spiritual weapon for Christian.The bible has served as a symbol of power and Authority in both churches and Christian homes.Words in the bible is believed to be the word of God therefore,portions of it has been quoted several times by Pastors,to cast out evil spirits during deliverance services.Reading certain portions also give Christians the believe that they would be protected from unforeseen misfortunes or dangers.Mathew 6:9-13 is one of the most popular verses in the bible known as the Lord's prayer us recited every morning in schools in Ghana and other parts of the world to teach children how to say a simple prayer.

Aside all the goodness the bible brings to Christians,it also comes with some controversies that makes us think that,the writers of the holy book wrote,using their own ideas and what they want us to believe.The bible is seen as a book of truth but there are so many contradictions in it,making it difficult for believers to know exactly which story to believe.Let's take a look at some verses that has brought some kind of confusion to bible learners.

Mathew 27:5~So he(Judas) threw the silver pieces into the temple and departed.Then he went off and hanged himself.

This was according to Mathew and infact,this was what we all believed happened to Judas Iscariot after selling Jesus out but wait until you read another quotation in the bible about the death of Judas.

Acts 1:18~This very man(Judas)therefore purchased a field with the wages for unrighteousness,and falling head first,his body burst open and all his insides spilled out.

The book of Acts just gave us a whole new idea about how Judas Iscariot died.He made us understand that Judas spent the money he got for selling Jesus before he died,and he did not also die by hanging himself as the book of Mathew seemed to suggest.

•SAUL AND HIS DAUGHTER MICHAL

2 Samuel 6:23~So Saul's daughter Michalhad no children down to the day of her death.

Let's see what the same book of Samuel told us about this same woman in another chapter.

2 Samuel 21:8~So the king took Armoni and Mephibosheth,the two sons of Rispah,the daughter of Aiah who bore to Saul and the five sons of Michal the daughter of Saul whom she bore to Adriel the son of Barzilai the Meholathite.

The first verse told us that Michal,daughter of Saul never had a child till she died.But the second chapter is telling us that,the same woman had children,he even had five sons,daughters have not been counted yet.so which one do we believe now.And mind you,this two contradictions are both coming from the book of 2 Samuel.

•ANSWERING TO THE STUPID ONE

Proverbs 26:4~Do not answer the stupid one according to his foolishness so that you do not put yourself on his level

Proverbs 26:5~Answer the stupid one according to his foolishness so that he does not think he is wise

This one is even in the same chapter(proverbs 26)the only difference is the verse which even follows each other in line,one is verse 4 and the other is verse 5.let's go on to the other chapters. 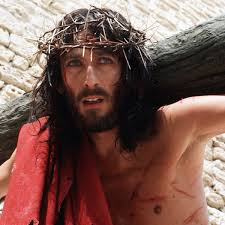 •THE TIME JESUS CHRIST WAS CRUCIFIED

Mark 15:25~it was now the third hour,and they nailed him to the stake.

John 19:14-16~Now it was the day of preparation of the passover ;it was about the sixth hour,And he said to the jews: "see! your king!" 15 however,they shouted "take him away! take him away! to the stake with him!". Pilate said to them " shall I execute your king?"the chief priests answered :"we have no king but caeser". 16 then he handed him over to them to be executed on the stake.

There are a lot more chapters that are having this same problems and I don't want to make this too long to bore you.This is just for us to know certain areas in the bible needs a whole lot of study to understand very well.Let's all make it a point as Christians to study more so we can find out some of the reasons we see such things in the bible.

Here are other chapters you can check out on your free time.