A desire for this world and for the hereafter 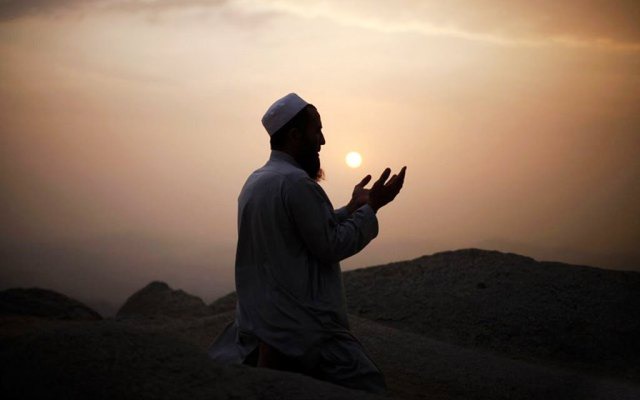 The rejection of the people of the world and its lovers thereof is thus meant for those whose thoughts, utterances and attitudes revolve around secular matters, such as pleasures and bounties of this world, those who do not consider the hereafter, nor find any attraction in it. Depending on the intensity of their interest and inclination, those who love the world differ from each other. One group consists of those who adore the world and deny the hereafter. These are the utterly hopeless people, because they either renounce or doubt the Day of Judgment, and make no attempt to reach certainty. God, the Almighty, says concerning them, But they reject the Hour, and We have prepared a burning fire for him who rejects the Hour. The second group consists of those who believe in the life after death., but their belief produces no practical effect. Consequently, they are similar to those who deny the hereafter because ineffective belief will not last, just as a tree dies when it receives no water, "Then evil was the end of those who did evil, because they rejected the communications of Allah and used to mock them. falter in his faith, and will finally come to be placed among the (When one does not act in accordance with his belief, he will gradually disbelievers.) 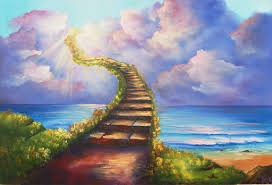 The third group consists of those who know about the hereafter, but either devote greater attention to this world or give this world and the hereafter an equal consideration mingling their love for this world with their love for the next. God says, "And others have confessed their faults, they have mingled a good deed and an evil one." Finally, there are the followers of the hereafter, in praise of whom there are Qur'anic verses and traditions. They are also hierarchically divided into groups headed by those for whom this world has no reality, nor attraction. They live and earn a livelihood to fulfill their materials needs because such is God's command. They observe and reflect upon the natural phenomena because these are signs and tokens of the God as well as manifestations or the Divine Attributes in fact mirrors in which they see the visage of the Beloved, His attributes and signs. 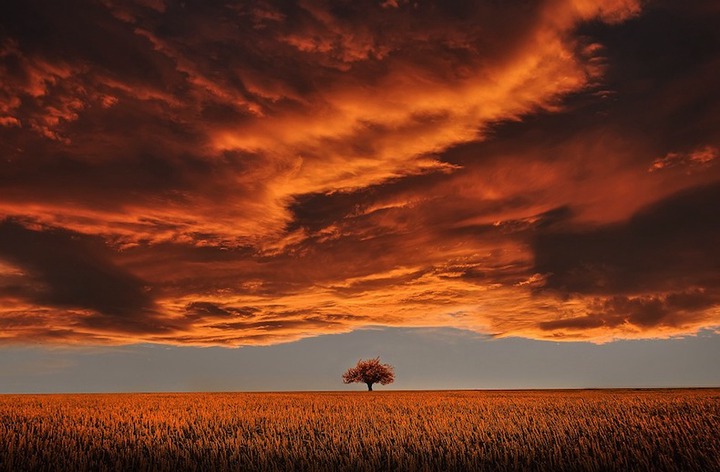 Theoretically, it may sound easy, but practically it is very hard for a person to hold such a belief and be so certain as to disregard this world, and consider it merely a Divine mirror, an instrument to attain eternal felicity. Those who seek eternal felicity also differ: some perceive the "blessings in paradise as being similar to those in this world. Far higher in rank are the people who are mindful only of God. For them, felicity means to be near God and gain His satisfaction. The Qur'anic verses and the traditions that praise the rank of the people of the hereafter and condemn the people of this world, concern these two groups. The Qur' anic verses and the traditions also present a range of attributes of the followers of the world, and the hereafter. Some describe all particularities, others just a few, still others prominently depict certain qualities but hint to some others. One will be considered among "those who love the world" if he has the characteristics the Qur'anic verses and the traditions have mentioned, even if he does not have all the qualities.

This part of the M'irāj tradition has named twenty particularities of those who desire the world and adore it. If we realize that some of these do not exist in us, or that some are partially applicable to us, we should not think that we are not included among those who love the world. These people and their qualities are hierarchically ranked. Similarly, when we realize that we do not possess some particularities of the followers of the hereafter, or those qualities are only partially applicable to us, we should not think that we arenot included among the followers of the hereafter. The people of the nereatter and their qualities are hierarchically ranked, too. Many Qur'anic verses equate "the love and desire or the world" with Wretchedness and disbelief, the outcome of which is eternal punishment. Desire for the hereafter" has been mentioned as synonymous with eternal fehcity, with otherworldly blessings as a reward. God removes obstacles so that the people can continue their journey towards perfection in this world hus, those in quest of wretchedness have sufficient means at their disposal in this world, and those desirous of an auspicious Outcome are provided with equal means to develop, advance and traverse their spiritual course. 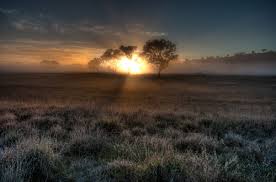 "Whoever desires this present life, We hasten to himn therein what we please for whomsoever We desire, then We assign to him the hell; he shall enter it despised, driven away. The Holy Qur'an says that there are people who approve of the life of this world and love it although it is transient, that is, it comes quickly and fades quickly away. They do not heed the life after death. But God does not provide these people with all they desire. He answers only some of their requests in accordance with the order that rules Over the universe, giving them only a portion of His bounties. Thus, those who desire material things will not attain all their desires, However, some of the requests will be granted and consequently, earn hell for them, despised, driven away. On the other hand, God says about those who desire the hereafter, Anyone who wants the hereafter and makes a proper effort to achieve it while he is a believer will have his efforts gratified." Those who are desirous of the life after death and believe that there is an ever-lasting and precious existence after the life of this world, should, as much as they can, strive to attain that supreme happiness-a struggle worthy of the desire-and follow the way that ends there. 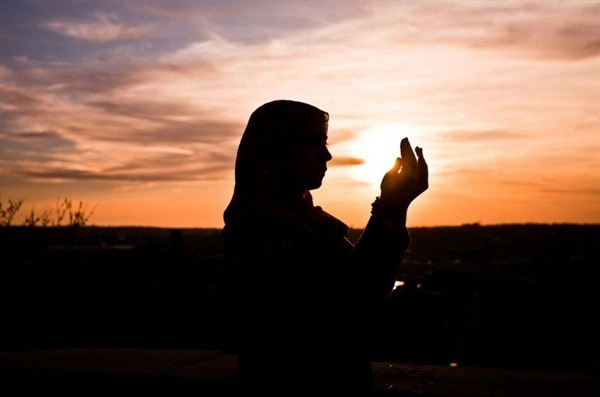 How hard the endeavor should be is the question. In order to realize the scope of the efforts that match the desire for the life after death, we should study how hard the worldly men strive to live a finite, transient life that is mingled with pain and suffering. They do not desist in their effort even if they have to live a thousand years doubling their round-the-clock effort.