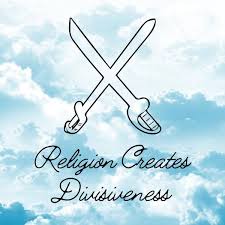 Due to what people do to one another and what others believe about religion, religion is ridiculed all around the world. Even some people believe that religion has harmed humanity more than it has helped. I acknowledge that some people have committed extremely awful deeds against humanity in the name of their faith, but that does not make it necessary to mock God.

When faced with demons and dark powers, people who frequently undervalue religion, dispute, and speak about things they don't understand end up paying for it. Since they spent their entire lives persuading themselves that such forces don't exist, when they are attacked, they have no idea how to repel those forces. 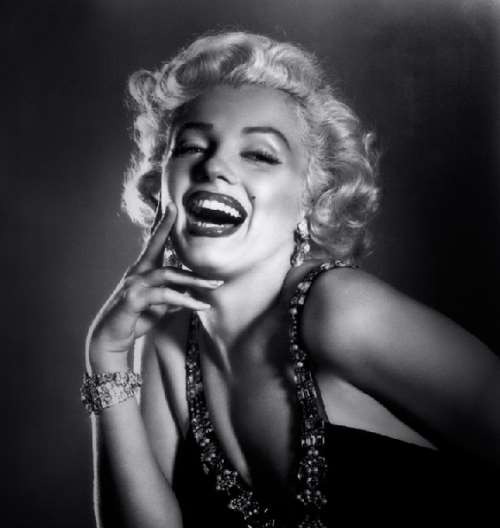 While her show was being presented, Billy Graham, the preacher, visited Marilyn Monroe, the most renowned and beautiful actress in the world. Graham said that he had been sent to her to preach by the Holy Spirit. She responded, "I don't need your Jesus," after hearing the preacher. Just one week later, she was found dead in her home.

The bold statement "Do not be deceived: God is not mocked, for whatever one sows, that one will also reap" is found in Galatians 6:7. Because many people do not believe in God, they view religious texts like the Bible and the Koran as made-up tales with erroneous information.

You should first question yourself, "Why are there great historians of Islamic and Christian academics, who have established the advantages and benefits of these religious books to humanity, before mocking religion and believing that religious texts are founded on incorrect concepts?"

Since the Bible states in John 4:24 that "God is spirit, and his worshipers must worship in the Spirit and truth," it is important to remember that if you are reasoning as a human, you should first be conscious that we live in a mysterious world and many things cannot even be described. This is sufficient evidence that our world is a mystery.

Therefore, those who reject the existence of God or Allah should refrain from disparaging the Holy Koran and the Bible since peace is not easily gained, and their actions affect not only them but also the world in which we live. Today, the globe is ruled by crime, bloodshed, insecurity, and greed.

Whatever seeds a person sows in this life by their words, thoughts, and deeds will eventually bear fruit. Because of this, one will reap exactly what they sow. The harvest can be uncomfortable or even horrifying. Those who make fun of God plant the seeds of their ruin in their own lives. God will hold them responsible for their actions using his flawless justice.

There are always harsh repercussions for people who chose to mock God, so I feel extremely bad for them. God is mocked in a variety of ways; blasphemy is merely one of them. For instance, both politicians and judges regularly make fun of God.

They made a vow before the bible, promising to carry out their duties honestly and morally, but then they let the book gather dust and do the opposite. Corruption is one of the factors contributing to the rise in unemployment and poverty among the general population.

Not only do people ridicule God, but they also reject, distort, and change the teachings of the Bible to oppress the less privileged and elevate other races as superior. Attackers of those who speak the truth are also making fun of God. There are numerous real-life instances of what occurred to well-known individuals who made fun of God. I've chosen a handful to share with you.

Famous musician John Lennon once declared: "Christianity will soon go, it will just disappear, I don't even want to dispute about it." He said that in a 1966 interview with a top American magazine. I simply know it, Jesus was alright, but his concepts were overly simplistic. We are more famous than Jesus.

Brazilian politician Tancredo de Almeida Neves, publicly declared during his presidential campaign: "Even God will not be able to remove me from the presidency if I receive 500,000 votes of my party!" Of course, he received these votes, but before taking office, he suddenly became ill and passed away.

A Brazilian composer, singer, and poet, loudly exclaimed, "God, this is for you!" while smoking a cigarette at a performance in Rio de Janeiro. He passed away from AIDS, at the age of 32.

The engineer who built the Titanic responded ironically to reporters' questions about the safety of his wonder ship, "Now even God can't sink it," once the construction was complete. Everyone is aware of what happened to the "unsinkable" Titanic, right? One of the biggest ships in the world sunk on April 15, 1912.

The world's most famous prettiest actress, Marilyn Monroe, had Billy Graham, the evangelist visit while her show was being presented. Graham said that the Holy Spirit had sent him to her to preach. “I don't need your Jesus;” she answered, after hearing the preacher. She was discovered dead in her residence just one week later.

In 2005, a bunch of inebriated friends went to Campinas, Brazil, to pick up a friend from home for additional amusement. The girl's mother, who was deeply concerned about them, led her to the car and urged her trepidatiously, "My daughter, go with God, and may He preserve you," to which she resolutely retorted: "There is no room for Him in our car anymore unless He gets in and rides in the trunk." The mother learned a short while later that this car was engaged in a catastrophic collision and that everyone was killed!

The automobile involved in the accident was beyond repair, but the police claim that despite the car's destruction, which makes it even hard to identify the brand, the trunk is still entirely intact. This assertion defies logic in every way. To everyone's surprise, the trunk opened effortlessly to reveal a tray of eggs, and not a single one had cracked or broken.

7. Christina Havitt, a Jamaican journalist and dancer, declared: "The Bible is the worst book ever written!" She was discovered in her automobile, badly charred, not long after, in June 2006.

Many significant historical figures have frequently forgotten that the highest authority, the control over life and death, hasn't been granted to them, but only to the Son of God, Jesus Christ. Only Jesus Christ died, resurrected from the grave, and is still with us today.