“Asantehene Cannot Do Anything”– Afrifa. 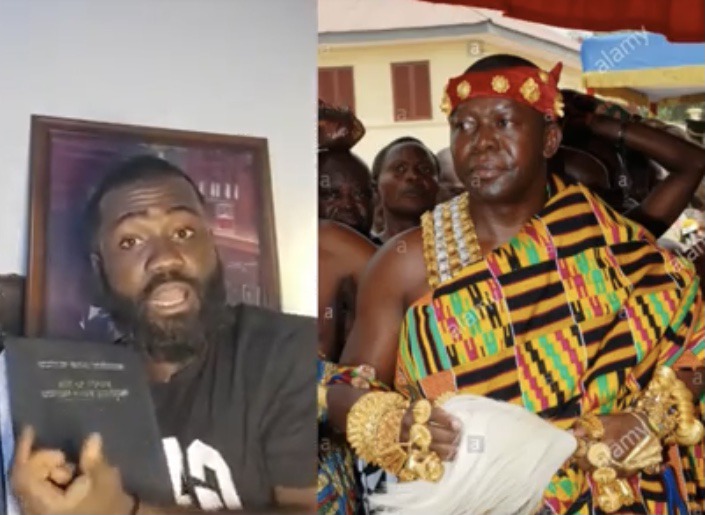 There have been many reactions following a leaked audio of the founder and leader of Lighthouse International Church sharing his thoughts on the role of the Asantehene, Otumfuo Osei Tutu II in relation to the development of the Ashanti region.

Initially, there was a speculation that the recording could have been doctored push an agenda against the religious leader. However, his issuing of an apology confirmed that there was no alteration of the recording.

Following the leak, many have expressed diverse opinion about all that was said. Whiles some saw nothing wrong with the recording, there are others, especially Ashantis who felt this was a personal attack on their monarch.

It is in this light that social commentator, Katakyie Afrifa Mensah has come out to share his opinion. According to him, he has a personal relationship with the Asantehene and is privileged to be granted audience by him. He said in one of his private conversations with the King, he felt sad that almost every issue relating to the development of the region is brought to him even though per the current constitution of the country he has no power over the resources in his kingdom.

Afrifa added that many people assume the royalties from the gold given to Asanteman is any significant amount but not true. He charged that for people to rightfully accuse the king, the constitution of the country should be modified so that a more significant amount of royalties is given traditional leaders so that they can be held fully accountable.

He stated that as things stand now, Asantehene cannot do anything beyond what he is currently doing.