By Anigye_news (self meida writer) | 26 days

The general overseer of the Vineyard Ministry of the Holy Trinity was arrested by police in Kumasi for impregnating 20 female members of his church.

Pastor Timothy Ngwu, the 53-year-old pastor, is said to be Nigerian and claims that he was only doing what God had asked him to do. 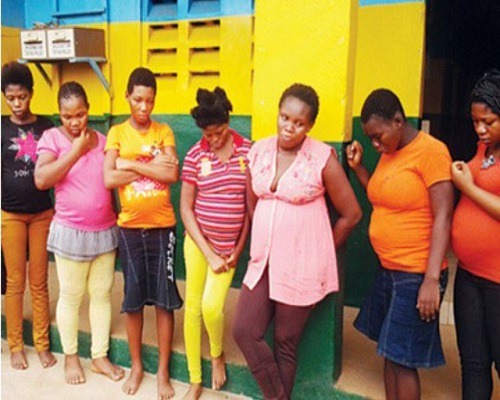 According to the pastor, he was simply following the orders of the Holy Spirit of God, which is to have an affair with any woman whom the Holy Spirit reveals to him to impregnate, regardless of whether you are a married woman.

According to reports, Pastor Timothy's estranged wife, Madam Veronica Ngwu, was the one who reported him to the police.

She is fed up with her husband's lewd behavior after he impregnated her young niece. A pastor's brother, who did not want to be identified, also stated that he had been warning Ngwu and his family about his behavior for a long time but that he had refused to listen.

"God's wrath has descended on my brother." Let me tell you, God's wrath has fallen on my brother; we have repeatedly asked him to stop what he was doing, but he has refused. He has colonized our compound, recklessly bearing children. He accused us of being jealous of him because he is carrying out God's will,” pastor Timothy's brother said.

"When a woman gives birth, the child remains in the ministry with the mother for the rest of her life," he added.

He went on to say that his brother, Pastor Timothy, divorced his wife and three children in order to participate in this demonic act.

To him, all Church members are "fools," because he cannot understand why a married woman would leave her husband and be impregnated by this pastor simply because the Holy Spirit of God says so.

"Let them sort it out with the cops, but I want the ministry shut down completely," he added.

Ngwu told NaiJ that he has five wives and 13 children, as well as concubines he obtained through God's prophetic will.