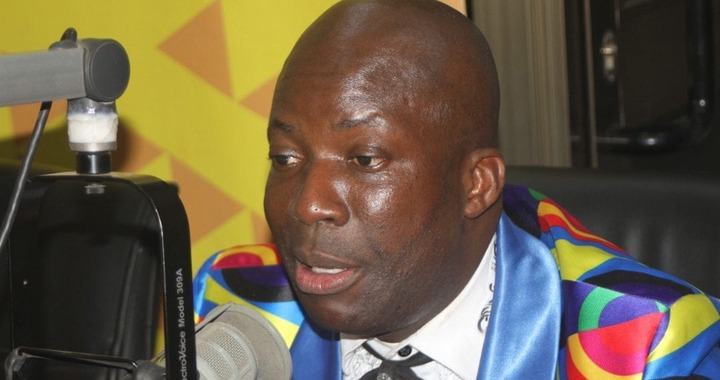 Prophet Kumchaha, the founder and leader of the Heaven's Gate Ministries has come out to narrate how his former church member died after confessing his sins at church.

Prophet Kumchaha spoke on this issue while speaking in an interview at Onua TV in the late hours of yesterday. He indicated that, a young man who he once attended church with ended up losing his life in a painful way after commiting so many sins.

According to Kumchaha, the young man had raped several ladies in the community and threatened them that, he would kill them if they say anything to anyone.

The young man continued to do this until one of his victims got pregnant and died during an unsuccessful abortion. Few days after this, the young man started seeing the lady who died in his dreams and everywhere he goes.

Kumchaha revealed that, the young man suffered this miserable condition until he finally decided to go to church and confess all his evil deeds. Shortly after his confession, the young man was mysteriously found dead in his room later in the day. Kumchaha said that he died after commiting suicide because he couldn't face the disgrace and punishment he was going to face.

“In one of my former churches, there was this guy who did a lot of bad things and acted as if he was an angel. He raped one girl and got her pregnant but she eventually died after an unsuccessful abortion. This guy came to church one day and stood in front of the congregation to confess his sins to everyone. Later in the day, his lifeless body was found in his room. He died a very painful death and I always use his story to advise people”, Kumchaha narrated.

Strong reason why fasting is a sexual booster. The truth unveiled