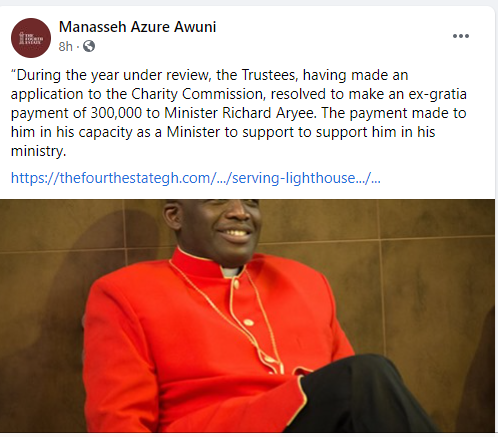 Ex-gratia has always been an issue in politics not knowing that it even exist in some churches. Report according to the sensational investigative journalist, Manasseh Azure Awuni has revealed that six pastors of Light House International Church have sued the church for non-payment of SSNIT.

The six pastors said that they have assisted to preach the gospel, raised funds for the church, and assisted in building Churches across the globe but Social Security and National Insurance Trust are not paid. The Pastors said that the Church's refusal to pay the money is not a lack of funds in the church because they have helped to a raised huge sum of money for the Church.

According to one of the pastors, a Saturday dawn he leads used to raised about GHS 25,000.00. Some of the members of the Light House Church have described the six pastors as "selfish people" who made money their main target, instead of focusing on the Kingdom of God and embracing their full-time ministry with joy.

But according to Manasseh Azure Awuni, documents in their possession prove that the Bishop of the United Kingdom branch, Bishop Richard Aryee was paid an ex-gratia of £300,000 in 2016. During the year under review, the Trustees, having made an application to the Charity Commission, resolved to make an ex-gratia payment of £300,000 to Minister Richard Aryee. This payment was made to him as a Minister to support him in his ministry. 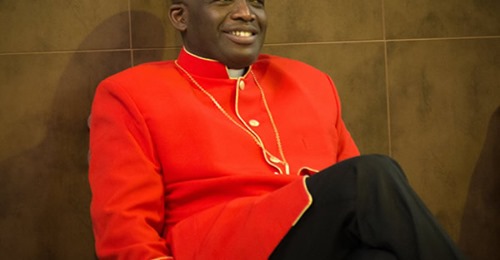 So it seems the condition of service of “loyal” pastors such as Bishop Richard Aryee is not the same as those pastors who are being asked to focus on heavenly rewards instead of worldly possessions.

The Bible said that "If any man desires to become an overseer in the Lord's vineyard, he has chosen a good work" (Timothy 3:1). The same Holy Scriptures also said that "In the same way, the Lord has commanded that those who preach the gospel should receive their living from the gospel".

In terms of what the Bible said concerning this issue, one scripture will not be enough to make a fair judge. It is written "Labour not to be rich, cease from your own understanding" and it is also written that "A hand that does not work must not eat".

The reactions from some Ghanaians suggested that if a man of God takes ex-gratia, it's a sin. Others were comparing it to the over GHS 400,000 ex-gratia our Members of Parliament take every four years.

These are the Church Financial statement in 2016 proving that Pastor Aryee was paid ex-gratia: 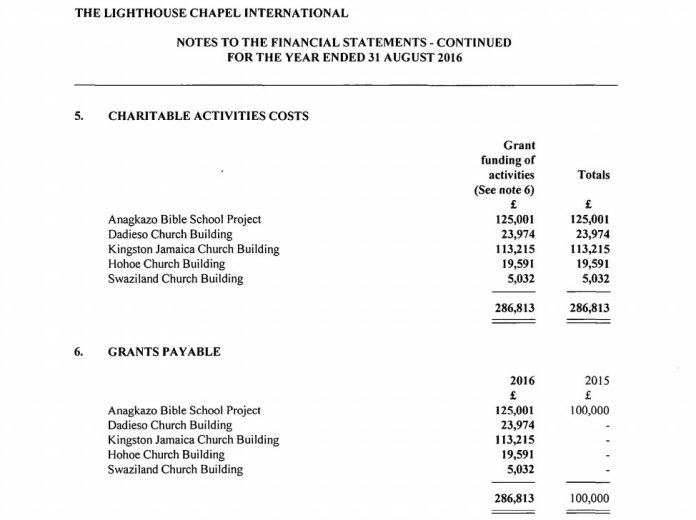 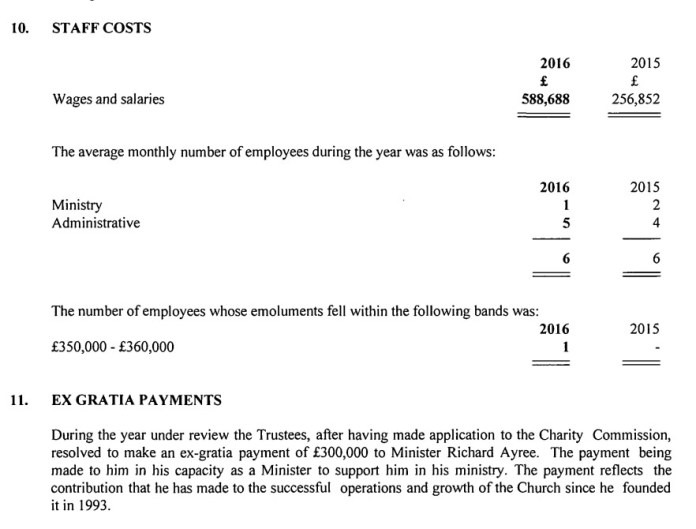 "What kind of briefing is Kennedy Agyapong giving to the president?" - Kofi Koranteng questions