Rev. Owusu Bempah has been remanded in custody.

By AsomahAwuduMaxwell (self media writer) | 2 months ago 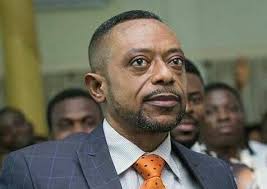 According to reports circulating on social media, Rev. Isaac Owusu Bempah, the leader of the Glorious Word Power Ministries International, has been detained again on different allegations related to his ongoing case with Nana Agradaa.

According to reports, Rev. Owusu Bempah was rearrested in court after a session after his conflict with the self-styled Evangelist, Nana Agradaa. 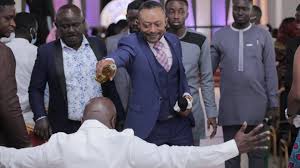 It will be recalled that Rev. Owusu Bempah was seized by the police after threatening to kill Nana Agradaa, a self-styled evangelist, on social media. To deal with her, Owusu Bempah is claimed to have attacked the premises on Nana Agradaa with rifles and other weapons.

He was hauled to court, where he was denied bail and kept in police custody alongside three of his younger pastors, who were shown brandishing a gun and threatening Nan Agradaa's life in a viral video. 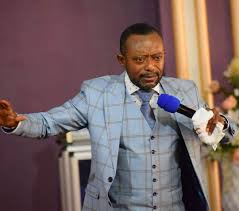 The man of God, on the other hand, was given bail after the court upheld an appeal by his lawyer, Gary Nimako Marfo, against an Accra Circuit Court's refusal to grant him release. He was released on bail with two sureties in the amount of Ghc200,000.

Rev. Owusu Bempah has been re-arrested, according to a recent development. He appeared before an Accra Circuit Court today, 5th October 2021, to answer new charges, which he claimed he and the other four were not guilty of.

Rev. Owusu Bempah's second arrest derives from his active encouragement or provocation of his junior pastors to assault police officers deployed to make an arrest in the Agradaa case, for which he was also charged.

Rev. Owusu Bempah is now facing a variety of allegations. The prosecution had asked for a week to change the evidence and charges against Owusu Bempah and four others, and the police had agreed.

Content created and supplied by: AsomahAwuduMaxwell (via Opera News )