One of the most important concepts in Islamic theology is that the message of Islam is of universal significance for mankind. This principle is inherent in a number of Muslim doctrines and grows directly out of the revelations of the prophet Muhammad. According to Muslim theology, whereas all prophets previous to Muhammad had been sent to only one people, the message revealed to Muhammad in the Qur’an is a message for every nation on earth. In the Qur’an (7:158), God commands Muhammad: “Proclaim: O Mankind, verily I am God’s Messenger for all of you.” In another passage Muhammad is called the “seal of the prophets”(khatim annabiyin, Qur’an 33:40), which is generally interpreted by Muslim commentators as meaning that he is the last of the prophets, his message a confirmation and fulfillment of the messages of all former prophets. 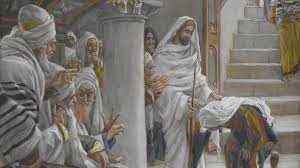 God’s revelations and the religion of Islam also are considered to have universal significance historically; that is, all true forms of past religion have been Islamic. Likewise, all true prophets of the past are believed to have preached the same Islamic faith, although it did not receive its fullest expression until the revelations of Muhammad. Thus, the Qur’an contains numerous accounts of many biblical prophets, including Jesus, all of whom Muslims accepted as having been true prophets of God. According to Muslim theology, however, the Bible is not a fully reliable source on religious matters nor are its accounts of the prophets necessarily accurate, because the Bible has been changed from its original form by later deletions or additions. Sura 2:80, often interpreted as referring to Jews and Christians, states, “Wo unto those who write the book [Bible] with their own hands and then say, This is from God.” Likewise Sura 5:13, 15, states, “They twist the words from their proper place and have forgotten a part of that which was given to them . O People of the book [Jews and Christians], our prophet has come to you to make clear much of the book which you have forgotten.” 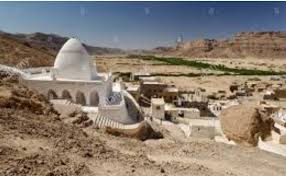 Thus, Muslims have interpreted various biblical passages as actually being prophetic references to Muhammad. For instance, Haggai 2:7–9, reads in part, “The desire [Hebrew hemedathi of all nations shall come . . . and in this place I will give peace [Hebrew shalom].” The triliteral Semitic root of the Hebrew word for desire, hemedath, is equivalent to the Arabic root hamada, which is also the basis for the name Muhammad. Likewise, shalom is the equivalent of the Arabic salam, which is the root of the word islam. Some Muslims therefore interpret this verse as reading, “The desire of all nations [Muhammad] will come . . . and in this place I will give peace [Islam].”

The revelations of God, however, were not limited only to those given to the Israelites and Christians in the Bible. God has offered many nations an opportunity to accept his revelations by sending to them various nonbiblical pre-Islamic prophets. For example, “For every nation there is a messenger” (Qur’an 10:47), and “We [God] have sent to every nation a messenger” (Qur’an 16:36). In other words, God has revealed His word not only to those prophets mentioned in the Hebrew and Christian scriptures but to numerous others as well. 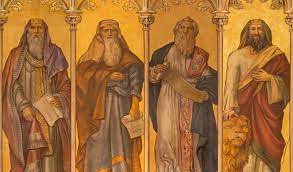 Perhaps the most intriguing of these nonbiblical prophetic figures are six prophets whom the Qur’an identifies as God’s messengers to pre-Islamic Arabia: Hud, Salih, Abraham, Ishmael, Shu’ayb, and Muhammad. Muhammad is, of course, the last and greatest of the Arabian prophets and the historical founder of Islam. Abraham and Ishmael are the Islamic counterparts of the biblical figures, although the Muslim interpretation of these figures differs radically from the biblical. According to the Qur’an, it is Ishmael, not Isaac, who receives the birthright from Abraham and whom God asks Abraham to sacrifice as a test. Shu’ayb may well be a nonbiblical prophet, but later Muslims tended to associate him closely with the biblical Jethro, Moses’ father-in-law.

The stories of Hud and Salih, who have no traditional associations with biblical prophets, are related on three occasions in the Qur’an and by numerous later Muslim theologians and historians. One of ancient Arabia’s powerful tribes was called ‘Ad.  The ‘Adites, polytheists and idol worshipers, were renowned for elaborate buildings which reportedly imitated the glories of Paradise and in which the Adites thought they could live forever. It is said that no other structures created by the hand of man were as magnificent as those of the ‘Adites. Because of their pride and polytheism, God sent the prophet Hud to them, calling them to repentance and monotheism. Most of the ‘Adites rejected Hud’s message, for which God cursed the tribe with a three-year drought. The ‘Adites then sent a delegation to pray for rain at Mecca. In response to their prayers, God sent three clouds—one white, one red, and one black—and had the leader of the delegation, Qayl, pick the cloud which would be sent to the ‘Adites. Qayl chose the black cloud, thinking it would bring rain. Instead it brought a devastating desert storm from which the ‘Adites sought refuge in their great buildings. But the entire tribe along with its magnificent buildings were destroyed and buried in the desert sands. Only Hud and his few followers escaped. 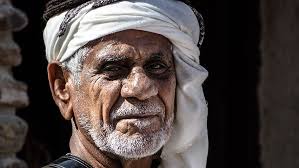 The prophet Salih was sent to Thamud,  a tribe to whom God had granted great prosperity after the destruction of ‘Ad. The Thamudites also lived in great buildings and cut houses out of the rocks in the sides of mountains. Salih called the Thamudites to repentance, telling them to act justly and worship only God. God granted the Thamudites a sacred she-camel as a sign that Salih was a true prophet. 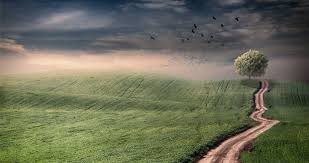 (The traditions say variously that God caused this camel to spring from a rock or that it gave amazing amounts of milk.) Salih warned the Thamudites not to harm this sacred beast. When some members of the tribe hamstrung the camel to show their defiance, God destroyed them with a great earthquake. A number of historical questions surround these traditions, not the least of which involves the sources. Scholars have generally taken one of three approaches. First, some assume that the Qur’anic versions of the story accurately describe actual historic events, the position taken by most faithful Muslims. Second, the Qur’anic accounts can be seen as representing Muhammad’s version of pre-Islamic tales which reflect, however dimly, actual historical events. Third, some scholars dismiss them as fabrications by either Muhammad or by some pre-Islamic storyteller.