Ayisi Boateng: Otumfuo Is A Gift From God To Asanteman

By GeneralConceptMedia (self media writer) | 8 months ago 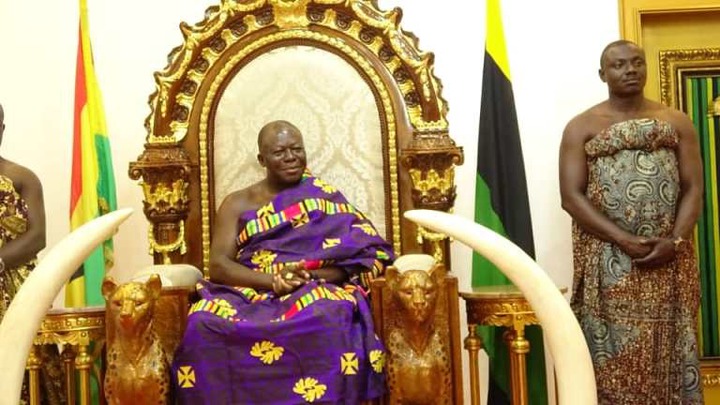 A leading member of the New Patriotic Party in the Ashanti Region, Dr. George Ayisi Boateng has stated that Asantehene, Otumfuo Osei Tutu II, is a gift from God to Asanteman and the country as a whole.

He made this known on Opemsuo Radio’s Nkwantananso morning show in an interview with George Opoku Mensah (Agudey).

According to him, Otumfuo has done massively for Asanteman and the country at large in terms of development. Dr. Ayisi Boateng prayed for Asantehene, Otumfuo Osei Tutu, to be protected in God’s hands and live a long life with strength to reign for a long time.

On the political front, he said, the New Patriotic Party has become attractive and everyone in the party wants to become a position holder.

“At the initial stage of the party, the head count method was used to pick position holders, but now, due to its attractiveness, position in the party have become highly competitive” he stated.

Dr. Ayisi Boateng urged the party’s leadership to take extreme actions in locations where they were unable to elect their various office holders due to misunderstandings.

Furthermore, Dr. Ayisi Boateng advised New Patriotic Party (NPP) executives to work with truth, fairness, and transparency in their discharge of duties to make justice prevail in the party. He said it is too disheartening for the party to witness difficulties concerning internal elections in the Ashanti Region.

He called on the Ashanti Region NPP Executives to be up and doing concerning party administration.

On the part of the youth, Dr. George Ayisi Boateng advised all Youth in the party to be careful and stop rushing for money.

“Some are behaving as if the world is coming to an end tomorrow”, he stressed.

He stated that the quest for money in the party among the youth has become too obvious.

Dr. Ayisi Boateng stated that they will thoroughly investigate all forthcoming youth organizers in order to elect those who are most committed and loyal to the party.