By mCjill (self media writer) | 3 months ago

To the Biblical student, the name Jezebel is attributed to an evil queen married to King Ahab of Israel (see 1 Kings 16). Jezebel convinced her husband to abandon worship to Jehovah God and introduced Baal worship to Israel. This was considered an abomination to the Lord God. 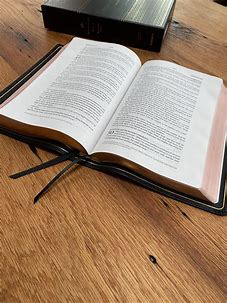 Jezebel was a wicked, manipulative and vile woman with a weak, inept and spineless husband. King Ahab is said to have provoked the Lord more so than all the kings before him (1 Kings 16:33). He committed the epitome of sacrilege. Unfortunately, many today follow in his ungodly example by allowing sacrilege in houses of worship with entertainment and ambiences disguised as “worship to God.”

A “Jezebel spirit” is identified in Revelation 2:18-29 at the church of Thyatira. This person was a self-identified prophetess who was permitted to seduce the servants of God to commit sexual sins along with other forms of sacrilege. The perversion of this individual is an example of what a true Christian is not.

Did you know that the Jezebel spirit was created by evil men? Yes, perverted men who molest young girls then raise them up with a mission to kill and destroy on their behalf. The popular action movie Kill Bill was all about how Bill trained girls who had been raised to be prostitutes and killer assassins. Their mission would be to sleep with their targets and kill them. Deliah comes to mind who slept with Samson to steal his secret.

Evil men like Joe Biden who is a notorious pervert have just stacked the U.S federal bench with a load of Jezebels. The aim of such seems to be giving women fair play at being judges yet this isn't the truth. These perverted men who rule with a sex kingdom and require prostitution to rise in it, are planning on attacking strong men through damaged women. Women who appear super strong are really the most damaged. There is so much child molestation that has gone on in American society that there are no good women. Women like men have become atheists in their views meaning having a moral sense yet no respect for the Lord's authority. This is the phenomenon of everyone doing what's right in their own eyes and choosing not to obey Yahwe as the commander.

Welcome to the feminist emotional Jezebel world brought to you by men who destroy the world. Men who secretly practice gay sex rituals and blood sacrifices in order to use demonic spirits to control others. Wizards rule this world and witches are on their payrolls. Men love to molest boys because when they grow up they will be armies for them. This is done all over the world. Men molest girls because they grow up they will be the social controllers to keep society in check. Where do you stand, are you an avatar for the LORD or a zombie for Satan?