6 Ways God Speaks To Us.

By Osheanews (self meida writer) | 6 days

Dreams are often played out like a movie. You can detect both motion and sound. You can hear the sounds of water, wind, voices, instruments and noise in your dreams. Not all dreams are spiritual but many of them are and they contain messages. You know that a spiritual dream is different, as it is more impacting than a normal dream and it leaves you in remembrance of it. Dreams from God alway come to either warn on on things to come or show us the way ahead of us. 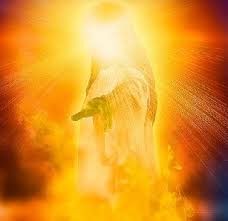 A man of God once said in His first third heaven visitation in 1994, he heard masses of angelic voices laughing. The Lord reminded him of Psalm 2:4, “He who sits in the heavens laughs. 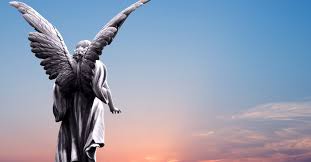 The most common way people hear spiritually is in their thoughts. Again, the important thing to consider here is the source. Your mind can host thoughts from the different sources but the greatest desire should be to grow in your discernment and your ability to identify those thoughts that come from God. These thoughts will most often come in the same way that you receive other thoughts, but their source is God. You can identify them by testing them to see if they line up with His character, nature, and Word.

One day a young minister was asked to preach at a Sunday morning service in a local church. He prayed and sought the Lord for over a month but could not get a message. To be honest, he entered into an anxious state. The night before he was scheduled to preach he still had not received the message. He had no notes, no inspiration, no nothing! He attempted to wake his wife up to have him share the worry-party with, but it was a “no go.” She simply said, “Go to sleep. You will get the message in time.” He thought, "That’s fine for her to say, she doesn’t have to preach.” He started to imagine what it would look like if he stood on the platform with no message to preach on. 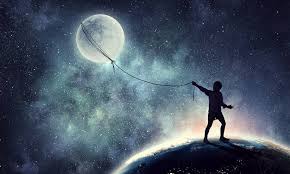 In the morning, he still did not have his message. Full of anxiety, tears, and apprehension, he got up and went for a drive to a lake near the place where we were staying. Getting out of the car, he sat on the edge of the lake pleading with God for a message but still nothing. He looked out over the water and saw his reflection in it. Then the still, small, inner voice of God spoke clearly and gently in his thoughts: “Share reflections of your life. Open your mouth and I will fill it.”

The entrance of the word brings light and creates faith. That one simple little God thought changed everything for Him. He knew what to do now and he trusted Him to work it all out.

Sometimes you can hear sounds that are audible to the natural ear but they are from the spiritual realm. You might hear a specific sound with your spiritual sense of hearing that others might not hear.

Sometimes your spiritual sense of hearing will identify an inner audible voice or sound. This is stronger and more defined than a thought, but it is not outside of the body. You hear this sound from within, and it sounds so strong and clear that it has the same impact as if it had come from outside. That inner voice can save you from being in the midst of a dangerous situations.

Sometimes you drive down a road and a billboard that you have passed dozens of times before suddenly stands out to you, and you are immediately impacted by a message through it in a way that has nothing to do with its original statement or meaning? Is it as if God is speaking to you profoundly through the billboard? That is because He probably is. The same can happen with other signs or license plate numbers, labels, or quotes in a book. You can hear a message through the understanding that comes to you through these visual triggers.