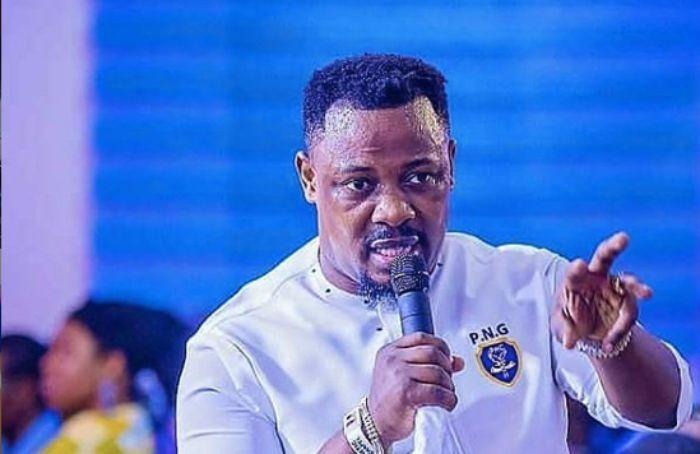 Nigel Gaisie is one of the leading supposed men of God when it comes to prophecies. Over the past few years he has risen to become one of the sought after prophets in the country. The founder and leader of the Prophetic Hill Chapel has also been in the middle of a number of controversies. Year in year out Nigel Gaisie is noted for his prophecies on the last day of the year. Hs December 31st prophecies are monitored by many Ghanaians.

Queen Elizabeth II passed away this past Thursday and the world is still mourning her death. Few hours after the death a video emerged that claimed that Nigel Gaisie had rightly predicted the death of the Queen. Nigel himself admitted that he had made that prediction and it had come to pass. Many weren’t really happy with Nigel’s comment.

One of such was Pastor Kumchacha who felt Nigel was going overboard. In unprintable words, Kumchacha verbally attacked his colleague pastor for the prophecy. Well, Nigel Gaisie has responded. According to him, he has watched for years now as his name has been dragged into the mud by Kumchacha. Nigel Gaisie chose to refrain from insults but noted that he isn’t happy with what is going on.

Nigel mentioned that he is a young man who is doing ministry and Kumchacha who is a veteran should rather encourage him instead of insulting him on television and radio. Nigel insisted that he will not reciprocate the insults but will remain resolute in performing his calling as God has called him to.

Kumchacha is not new to these verbal attacks. Indeed, he has attacked a number of pastors in the country and many have raised questions whether he is a man or God or he is in the business for the money. Many so called prophets in the country are noted for making doomsday prophecies and claim it is from God. Despite the warnings against such practices, many have persisted with the act.