By DCKWAMEKWAKYE (self media writer) | 7 months ago 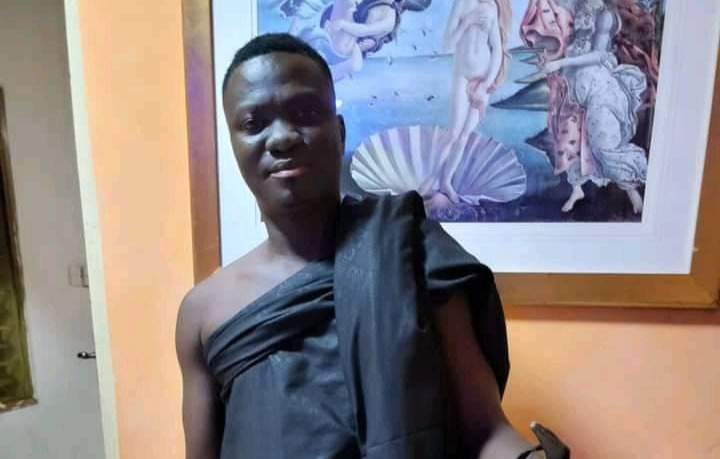 African Traditional Spiritualist and advocate, Nana Kwaku Peprah has underscored the fact, generosity and kindness are virtues of human character that some people exhibit and not necessarily a religious teaching they have received.

Commonly known as Ayaaba or Quotation Master or Lucifer further averred that, such virtues have been portrayed by humans long before religion became part of human existence.

For example Christianity has been in existence about some two thousand years ago but, humans that existed before the advent of Christianity exhibited some form of kindness to one another.

"Generosity or kindness is not a religious virtue. Someone can be a Christian and be kind. Another person can be Traditional worshipper and be kind as well".

Religion has been part of human activity for some considerable length of time and almost all religions have some teachings that encourages it's adherents to learn the art of giving.

Thus, the art of being generous and showing kindness is a spiritual activity and predates religion.

Giving it is said, there is more blessings in it than receiving. This is prominently espoused in the Christian teachings.

In Islam, alms giving is highly prominent and all Muslims are commanded to slaughter an animal during one of their major festivals and share the meat especially with the less privileged.

Alms giving is an Islamic religious imperative which every Muslim must abide by which isn't synonymous to being generous.

Being generous is ingrained into people's DNA and such people may people exhibit such tendencies notwithstanding the fact that, they don't belong to any religion.

He spoke on the topic, "Generosity and It's Spiritual Implications".

In concluding Nana Kwaku Peprah noted that, it is religion which we have allowed to divide us but if all humans would accept that we all belong to the human family then, there will not be any problem on this earth.

We can be kind to one another which is a virtue within humans and desist from allowing religions to divide us and that is one sure way to engender peace and harmony.