I Was Ordered By The President Not To Reveal Anything, Only He Can Explain - Kwaku Annan

Kwaku Annan, a former host of "The Seat" on Net 2 TV, has come forward to allege that President Nana Addo Dankwa Akufo-Addo interfered with his work in a direct manner. He worked as a television anchor during this time.

He said that the president played a significant part in keeping the evil deeds of Reverend Anthony Boakye of the Ressurection Power New Generation Church a secret. In an interview, he admitted that the president had given him an order through Mr. Eugene Arhin, Director of Communications.

He was instructed to refrain from disclosing the bad things he knew about the pastor. Kwaku Annan's response to the subject of why the president would take such a step was, "He is the only one who can answer this question. The key is that we aren't talking to each other in an isolation. 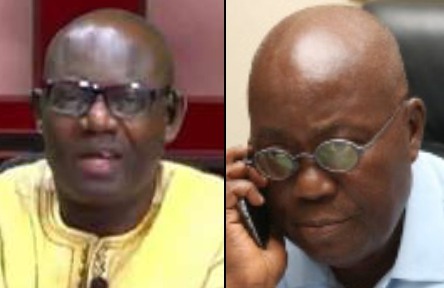 The president's spokesperson, Eugene Arhin, should phone into this program and inform me of what the president instructed him to say. He then instructed them to conduct themselves as though they were in the physical world rather than the spirit world.

He is aware that Eugene Arhin needs explicit instructions from the president before he can make a public comment. The former TV host makes shocking revelations during his rant about the show's operations and production while he was its host.