By Winnerwriter (self meida writer) | 27 days

Greed and wickedness are in this world because creation is good. They are not of the world because creatures made themselves evil. God gave us everything. He cares about us. The gift of freedom is what kept our world in this way. Yet, God cannot deny us such gift because it makes us His children and not slaves. Misuse of God's graciousness has made man wolf to fellow man. Misuse of the gift of wealth, gift of authority, talents and so on is the real evil in our world today.

Greed and Wickedness rule our world. Righteousness and justice become a pretentious approach to achieving a goal that will eventually perpetuate wickedness and injustice. We are suspicious of everything now. How on earth will an Evangelist who preaches the word of God, kill his fellow human in cold blood. As reported by Angel TV on their 12:00pm midday news, a borehole contractor has been mutilated which has led to his death and dumped in a gutter.

According to their correspondent King Mosey of cheers FM, their outlet got to hear of the news of an unknown man who has been murdered and they sent their reporters to ascertain the truth. The police earlier had arrested a man who was seen with blood on his hands the previous day. They stormed the scene and realized the victim has been brutally butchered. 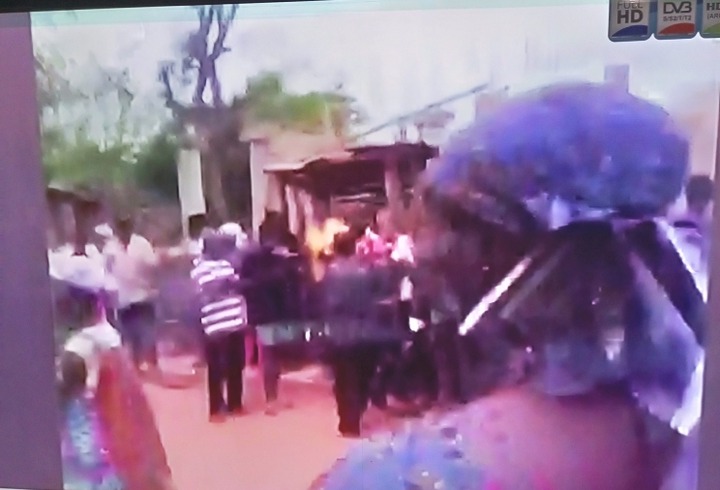 The police returned to the cells to bring their suspect to the scene. upon arrival, he did confess that yes he committed the act. The suspect is known as Efo and the deceased also called K boah.