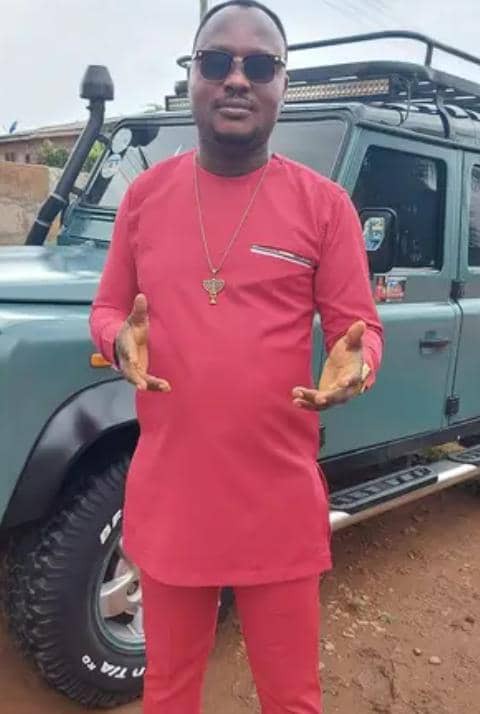 The founder and leader of the City Of Shiloh Prayer Center located at Abonko a town along the Mankessim - Cape Coast road in the Central Region Prophet Dr Jonas Affum Fianko has observed that part of people's downfall are caused by their own negligence and ignorance.

Speaking to the Opera News Content Writer King Amoah in an interview, the Prophet who is popularly known as Prophet Dr Magraa hinted that one is likely to attain his breakthrough when he remains careful and vigilant in life.

Prophet Dr Magraa expressed worry that out of ignorance and negligence people fall victims to poverty and other challenges in the society thus compelled them to shift blames on Satan.

The clergy stressed that Satan which people consider it as a special element that have power to destroy is one of the God's creatures just like human beings.

But in God's creation He has given to mankind the power of attorney to destroy the works of Satan when we believe and come nearer to Christ.

The man of God termed as unfortunate that instead of putting our trust in God to help us to attain our breakthrough people have allowed themselves to be overtaken by negligence and ignorance that lead them to become miserable citizens in the society.

Justifying himself with a Scriptural backing Prophet Dr Magraa cited two men in the Bible who were tasked to build a house.

He said one built his house on a rock and when there was a heavy storm the building never collapsed because the foundation was solid.

And moreover the person obeyed God and was a staunch believer of the word of God.

The clergy posited that the second man through his negligence and ignorance built his house on a sand and the building was collapsed because its foundation was weak.

In other words he sa the man lost his property and became a miserable person because he don't have the word of God in his heart nor been guided by the spirit of God.

He said the annoited power of Christ is the source that guide all those who follows Christ and it is prudent for believers to note that Jesus Christ is the Rock of Ages.

Upon Him they should build their temples that cannot collapsed.

In order for people to attain their breakthrough to become spiritually untouchable, unbreakable and firm to enhance better life Prophet Dr Magraa charged people to surrender to God for their own benefits.