The founder and leader of Prophetic Hill Chapel, Prophet Nigel Gaisie has made it clear that he prophesied that the Prime Minister of England, Boris Johnson will resign. In his recent Facebook post, Prophet Nigel Gaisie revealed that Ghanaians should not joke with his prophecies because his prophecy about Boris Johnson has come to pass. He also added that he once warned the country of going into severe hardships. He added that the decision of government to go to IMF to seek for a financial bailout was also prophesied by him.

"I was Inspired to say...SOME YEARS AGO AND ALSO SAID THE PRIME MINISTER OF ENGLAND WILL RESIGN....Don't Joke With Prophecy" he said.

Some Ghanaians have reacted to this and below are some comments. 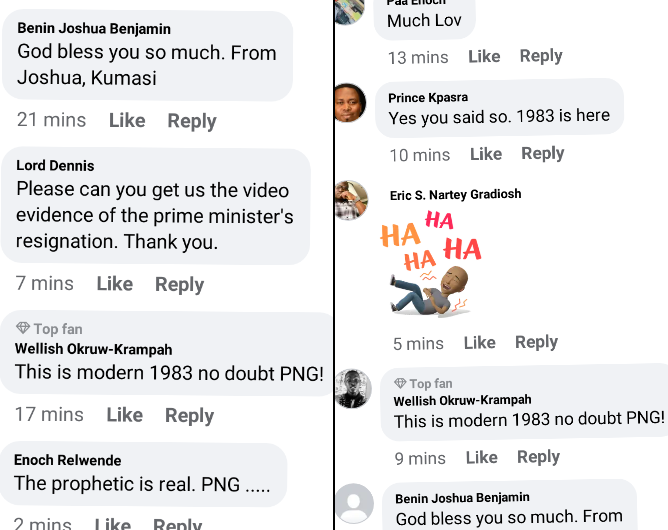 Prophet Nigel Gaisie is a man of God who usually give prophecies about what is about to happen to the country and other personalities. Most of his previous prophecies have come to pass. It could be recalled that Prophet Nigel Gaisie made it clear that the just ended Africa Cup of Nations will have some calamities that may cause the death of some persons. This prophecy came to pass as some persons were declared death following some violence incident during one of the games. 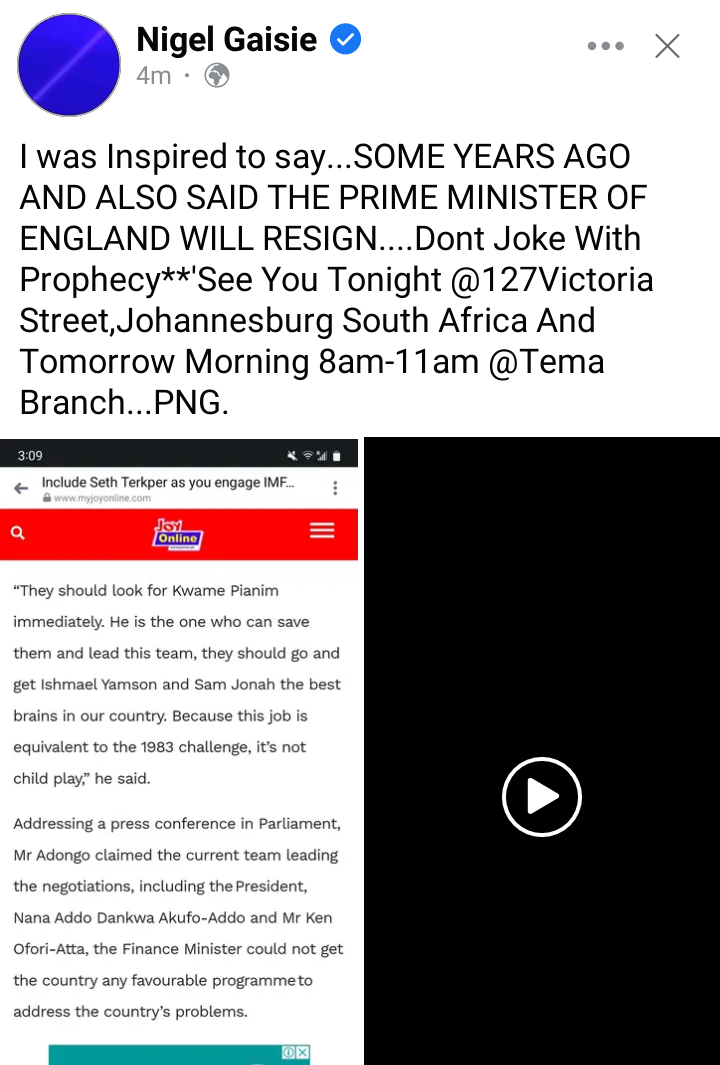 Thanks for reading. Comment your opinion on this below.