Homosexuals Existed Before and After Adam, It Has Spiritual Underpinnings - Quotation Master

By DCKWAMEKWAKYE (self media writer) | 9 months ago 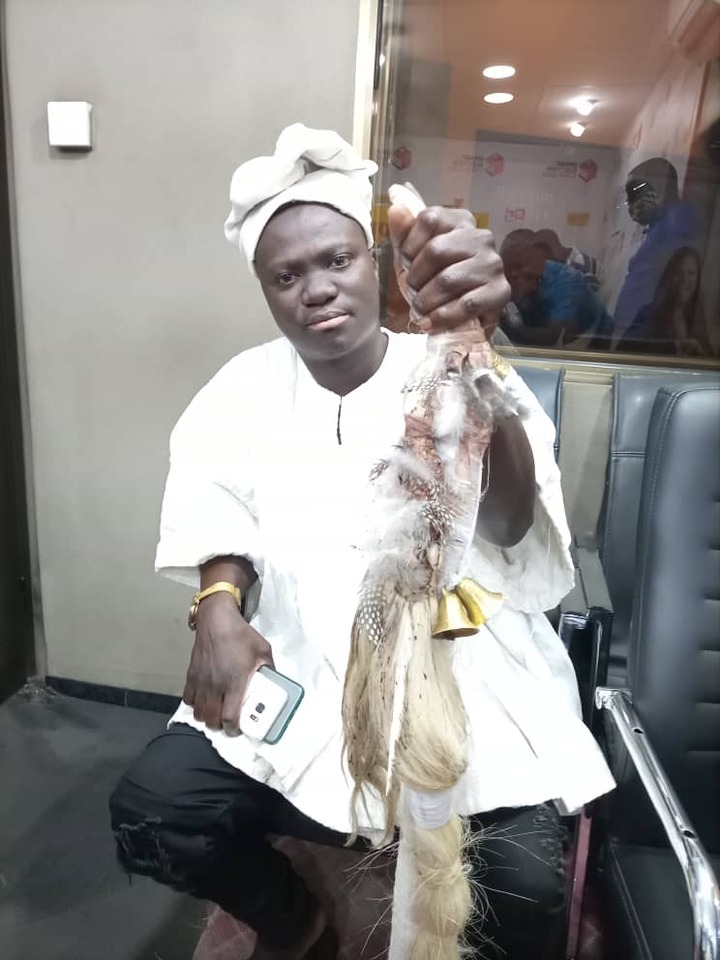 Nana Kwaku Peprah popularly known as Quotation Master or Lucifer or Ayaaba who is an African Traditional spiritualist, advocate and teacher has stated that homosexuals have existed in time immemorial and also that, the practice has some spiritual bases as well.

He remarked that "Homosexuality and lesbianism would be with us forever. It would not pass away either today or tomorrow".

Nana Kwaku Peprah added that, the practice "Is not the catalyst that would destroy the world, but that is what is written in the Bible. If that is the truth, then Americans would have been destroyed by now. This isn't an admonition that, the practice was good".

According to him, in a country like America, where gays and lesbians are accepted, why are they not poor? That is the question that should agitate the minds of people. "That should tell everyone that, that isn't what is going to destroy the world as we've been made to be believe".

Ayaaba made a shocking revelation claiming that, the "Catholic Church brought homosexuals unto this earth. The Catholics serve the Host, they don't serve one God but, they serve 'Gods''. Some of these 'gods' are lesbians and homosexuals".

Quotation Master averred that, one secret of spirituality is that, there are some realms in the spiritual world where all the spirits inhabited there are either women or men alone and are lesbians or homosexuals respectively.

Delving deeper, he said the Roman Catholics have realised that, one cannot use just one spirit or 'God' to conquer the world and they have adopted the host principle. "So if you're worshipping a particular spirit or group of spirits, the characters of those spirits being worshipped must must necessarily come unto the world".

He revealed that, the spreading of gays and lesbians across the word is the result of the Roman Catholic Church. "They introduced two groups: sisters and fathers. The sisters brought about lesbianism and the fathers brought about gays".

Further he revealed that, Ghanaians shall accept gayism and lesbianism. "This is their time and no one can stop gayism. The world grows and a time shall come, that the world shall move unto the naked world. I've said this, the Bible didn't say so but, let's see what happens in future".

"Note this, anything from the west to us only come to destroy us. When whites decide to sell, they sell to Africans. In overseas, no one forces anyone to be a gay or lesbian, it is a group, you only join if you wish".

"Anything that is imported from the west comes to only destroy the African. They initially came for us to trade and when we realised, we were made slaves. Second they said they wanted to show us where God is, they made us slaves".

Why is the west saying that if a country accept gays and lesbians, they would give that country money? Ayaaba quizzed in amazement.

"They know that the 'God's' we have on our land don't like such things and by encouraging such things would weaken our spirituality".

In concluding, the conversation, Lucifer said in the lesbian or gay situation, the one who acts as a man makes a lot of money because the act defiles the other partner who acts as a woman and that person would be lowered in life while the male partner would be elevated.

"The Spirits that controls gays and lesbians are powerful gods that have a lot of money. When you join them, you make a lot of money to be able to continue defiling and spoiling a lot of people for them" he ended.