Wealth and poverty as two means of trial

A believing person should ignore this world, because when he is given it, he is given God's bounty and a means to be tested with. When it is taken from him, it is yet another test, a calamity that he must endure. Enduring of poverty is not, of course, conterminous with lack of exertion to overcome it, but it means that one should not lament it as long as poverty has him in its grip. 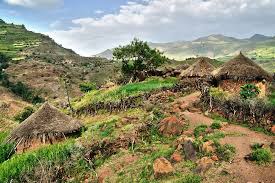 In chapter two it was said that by His wisdom, God, the Exalted, has destined certain things for His servants-things He has seen to be in their best interest. This determination does not negate man's freedom of choice, that is, people are not forced, nor are they without freedom of choice. The actualization of causes and conditions makes it possible for a portion of bounties to belong to a certain person. God, the Exalted, gives every one together with a bit of ambiguity.

The smart examinees may guess the content of the exam beforehand, but it is all the same to them, since they can pass it. The same is true if they already know what afflictions will befall them. God, the Exalted, has granted His prophets and awliya', foreknowledge of the events that are bound to happen either to themselves or to others. This awareness, however, does not harm them. They do not recount their knowledge to others.

If they do, they merely give certain companions of theirs a hint, provided it is not imprudent and neither harms their listeners when they learn about it. An example is the case of a professor wishing to give his students a test. To the successful student who is well-prepared it makes no difference what questions he will be asked. Such are God's prophets and awliya', who are already aware that they will be given a test, an awareness that in practice makes no difference to them because they implement their duty in which lies God's pleasure.

But others are not like this. When aware of the subject-matters of the test, they devote themselves only to those specific points and disregard other topics. It is best, therefore, that there should be some ambiguity in the administration of tests for the populace. We do not know why God, the Exalted, has decreed that some people be poor and some rich, some become ill and suffer difficulties one after another, whereas some live a life of ease and comfort.

But we know in passing that the one who has been conferred bounties is not more favored by God than the one who is afflicted with trouble and poverty. It is vice versa. When God loves someone, He exposes him to more trying situations. 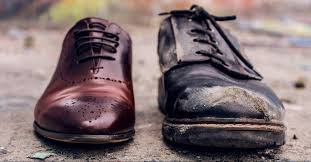 Imam Ali is reported to have said, "Afflictions act as disciplinary chastisement for oppressors, tests for believers, ranks for prophets, and greatness for awliya"." The poet also says, “One who is dearer in this gathering. He will be faced with more misfortunes.” It is thus concluded that wealth and poverty are not the criteria to judge somebody's worth or disgrace in the eyes of God, for it is the doing of the duty that counts: the rich are supposed to do their duty in regard with their money, and the poor are to be patient and give thanks.

God, the Exalted, says, "No evil befalls on the earth nor in your own souls, but it is in a book before We bring it into existence, surely that is easy for Allah.” Prospective events are all recorded in the Divine Guarded Tablet. These events occur in accordance with an order and plan with full knowledge and wisdom of God. It is not difficult for God to plan the events thousands of years before and regulate their occurrences appropriately. From religious teachings we have learned that in the domain of God's action, will and knowledge, time has no place. 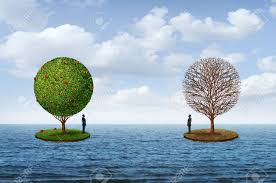 Time is applicable to the corporeal beings in order to measure the range of their movement, but it is inapplicable to the domain of incorporeal beings. Yesterday, today and tomorrow are alike to God, the Exalted. To Him it makes no difference whether to pre-determine an affair or decide it at its own time. We that cannot sketch a definite program for our future because we are not sure of tomorrow: we do not know whether we will remain alive and capable of putting our plan into effect or not, and whether the conditions will be ready for us to do so or not. But for God, the Exalted, nothing is hard; the world of existence is, in its totality, present before Him.

All the creatures and the events of the world of creation, whether they existed millions of years ago and whether they will exist millions of years from now, are all equally present before God. Thus, when one is conferred a favor, he should not take pride in himself, because events are all well calculated, carefully worked out and a means to test one with. When a misfortune befalls a person, he should not lament it, because his best interest lies in what has happened. Allah, the Exalted. desires that people should attain spiritual perfection. Among signs of this perfection is remaining unperturbed at the time when he enjoys bounties and when he is deprived of them. 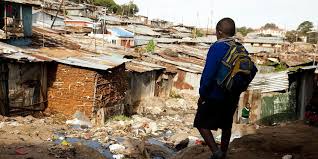 It is, of course, not so easy to remain undisturbed in affluence or in deprivation, but we should, at least, try not to exaggerate it. The closer we get to remaining steadfast in tribulations and not exulting when we are given blessings, the closer and dearer will we be to God and the more perfect will our soul become. God, the Exalted, wishes to perfect us and deliver us from lowly matters so that we may become virtuous. One way to achieve it is to know that hardships are all based on Divine wisdom, destiny and providence, and that nothing happens without a reason.

5 tips to maintain a healthy relationship