What Christians Need to Understand About Mental Health

The Bible tells us that, as far as the world is concerned, God’s people are the foolish, the weak, the low and the despised (1 Corinthians 1:27-28, English Standard Version). We’re called to be compassionate, to bear with one another and to pray for each other (1 Peter 3:8; Ephesians 4:2; James 5:16). It stands to reason that we of all people should have the easiest time talking about the twin issues of mental health and mental illness.

In my experience, that’s rarely true. There are powerful stigmas attached to those subjects. Discussing them can feel uncomfortable, embarrassing, shameful or outright taboo—even for Christians.

I have an idea about why.

I think it has to do with some of the Bible’s most beautiful passages—verses like, “You will keep him in perfect peace, whose mind is stayed on You, because he trusts in You” (Isaiah 26:3), or, “Be anxious for nothing . . . and the peace of God, which surpasses all understanding, will guard your hearts and minds through Christ Jesus” (Philippians 4:6-7).

(Read more about anxiety in our article “Surviving This Age of Anxiety.”)

Passages like these, which ought to give us comfort and perspective, can sometimes feel like an indictment. Good Christians trust in God, and He gives them peace, we tell ourselves. If I don’t have peace, I am not a good Christian.

Are we bad Christians if our minds are not constantly in a perfect state of serenity and happiness?

Let’s talk about that.

Let’s talk about David, the man after God’s own heart, the man who will once again serve as king over Israel—the man who wrote, “My heart is severely pained within me, and the terrors of death have fallen upon me. Fearfulness and trembling have come upon me, and horror has overwhelmed me” (Psalm 55:4-5).

Let’s talk about Elijah, who performed incredible miracles as a prophet of God, who served as a stand-in for all the prophets of God during Christ’s transfiguration—who collapsed under a tree, exhausted and overwhelmed, begging, “It is enough! Now, LORD, take my life, for I am no better than my fathers!” (1 Kings 19:4).

Let’s even talk about Jesus Christ, the Son of God, the eternal Word made flesh—who told His disciples before His crucifixion, “My soul is exceedingly sorrowful, even to death” (Mark 14:34), who, “being in agony,” prayed to the Father while “His sweat became like great drops of blood falling down to the ground” (Luke 22:44).

Jesus obviously had perfect mental health, but part of His destined human experience was to be “in all points tempted as we are, yet without sin” (Hebrews 4:15). He knows what it’s like to suffer mental and emotional pressure.

These were all faithful servants of God who shared a close relationship with our Father in heaven, and each of them had days when they endured a lot of mentally and emotionally stressful situations! So let’s cut ourselves some slack:

It doesn’t mean you’re failing as a Christian even when your mental state isn’t where you would like it to be.

You are not failing as a Christian if your mental health is suffering.

You are not failing as a Christian if you are living with a mental illness.

The complexity of the mind

The human mind is an incredible thing.

More to the point, the human mind is an incredibly complicated thing, whose inner workings we are only just beginning to understand in any sort of meaningful way.

The lump of gray matter floating between your ears is an intricate network composed of around 86 billion neurons, each designed to convey electrical currents at incredible speeds so that you can think, feel, move and function as intended. Your brain stores memories, controls muscles, automates bodily functions, processes emotions, forms complex thoughts and evaluates arguments, all while presenting you with data from your body’s five senses in a way that doesn’t overload you with more information than you can handle.

But we have to do it together.

The need for mental health awareness

Mental illness might sound like a rare thing. It’s not. According to research collected by the Centers for Disease Control and Prevention:

Over half of all Americans will be diagnosed with a mental illness or disorder during their lifetime.

During any given year, one in five Americans will experience a mental illness.

One in 25 Americans is living with a serious mental illness (such as schizophrenia, bipolar disorder or major depression).

It’s a Christian issue too.

So what do we do about it? What action steps can we take to help remove the stigmas attached to poor mental health?

What is mental illness?

First, we have to define a few things. There’s an important difference between poor mental health and mental illness. Mental illnesses are conditions—sometimes temporary, sometimes long-lasting—that affect how we think, feel and act. Mental health, on the other hand, is a general assessment of our emotional, psychological and social well-being.

So what causes mental illness?

Broadly speaking, experts in the field tell us there are three main categories of causes—biological, psychological and environmental factors. Many of these factors are completely out of our control.

Attempting to just “push through” an illness or “tough it out” can be disastrous. We can’t fix things like biochemical imbalances through sheer willpower and determination. The brain is a complicated organ. There are a lot of issues that can keep it from working optimally—and when that happens, it’s okay to get help.

Advice for readers with mental illnesses

If you are struggling with mental illness as a Christian, here are three important things to keep in mind:

1. You are not your condition

That’s your identity. That’s who you are, that’s why you exist, that’s what you’re working toward. A mental illness is a thing you have; it’s not who you are. Don’t let anyone—including yourself—tell you any differently.

2. Mental illness is not a moral failing

An incomplete reading of the Bible might convince us that things like sickness and poverty are direct punishments from God, and that He supplies His righteous saints with limitless health and riches (see Psalm 112, among other passages).

But practically all of God’s faithful servants have experienced their share of sickness and poverty—and not always because of sin, but because those tragedies and trials had an important role to play in the plan of God. Consider the stories of Job, Joseph, Ruth, Esther and the untold “others” of Hebrews 11—“of whom the world was not worthy” (Hebrews 11:38).

A mental illness does not inherently mean that God is punishing you because of something you did. More often than not, it’s part of a bigger picture that you can’t quite see yet. Trust God, but don’t default to blaming yourself.

3. Seeking professional help is not a lack of faith

God is the ultimate source of all healing, and while our approach to solving any problem should begin with prayer, there’s nothing wrong with getting help from qualified professionals. (King Asa was faulted for seeking the physicians instead of God in 2 Chronicles 16:12, not in addition to.)

Sometimes, as a Christian, you might face pressure (from yourself or from other Christians) to deal with these things on your own—to simply pray harder and study more until God intervenes and heals you. But that’s not how we tend to handle other kinds of medical issues.

If you would go to the emergency room for a broken bone, or the dentist for an aching tooth, or a surgeon for a ruptured appendix, or ask a family doctor to diagnose and treat various aches and pains, what makes getting help for your mind any less important?

Mental illness can take a variety of forms with a variety of causes. A trained professional can help you understand what’s happening in your brain, why it’s happening and what you can do about it. There’s nothing shameful about getting help from a doctor or a psychiatrist as you seek to make sense of the most complicated organ God designed for the human body.

Advice for readers without mental illnesses

If you’ve never experienced mental illness, here are three things professionals say to keep in mind during your interactions with those who have:

1. Understand that you don’t understand

It can be tempting to offer advice (“Have you tried focusing on happier things?”), empathy (“I know how you feel”) or perspective (“It could be worse!”), but these approaches are usually less helpful than they might sound.

How unhelpful, exactly? Imagine a man saying those things to a pregnant woman who was actively giving birth. “I know how you feel” isn’t even true, and the other two statements could easily come across as insulting and ignorant.

Instead, show support. If others open up to you about their struggles, ask how you can help. Tell them you can’t imagine what they’re dealing with. Thank them for sharing. Check in with them periodically.

Let them know, either through your words or your actions, that they are loved. That can make all the difference in the world.

For thousands of years, the human race has misunderstood and misrepresented mental illness. That’s not something anyone can fix overnight. But each of us can address the stigma of mental illness when it shows up in our little corner of the world, whether we personally understand it or not.

We can do a better job getting to know our brethren who have mental illnesses. We can do a better job creating an environment where they feel comfortable opening up about the challenges they face and the struggles they have. We can show our support and unconditional love on good days and on bad days.

Many members, one body

No one with a mental illness should feel like he or she doesn’t belong in the Body of Christ. As members of that body, we have a responsibility to one another—to suffer with those who suffer, and to rejoice with them in their victories.

The first steps to dismantling the stigma of mental illness within the boundaries of the Church begins with us. All of us.

Let’s do our part to create an environment where all, no matter their struggles, feel safe and equipped to fight their battles. 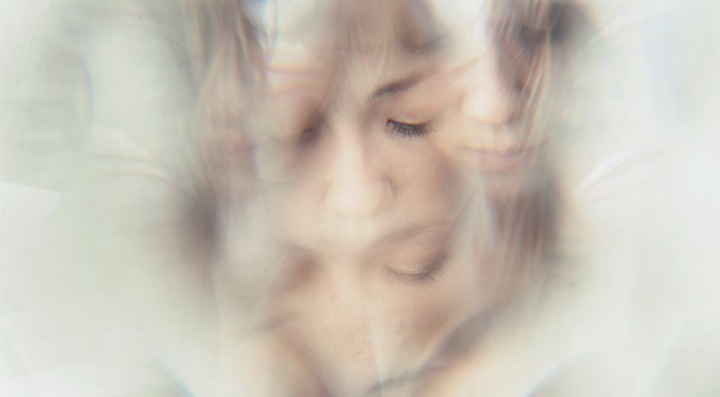