The birthday of the last prophet of Allah Muhammad (P.B.U H.)

By Abakah_Turson43 (self media writer) | 1 month ago 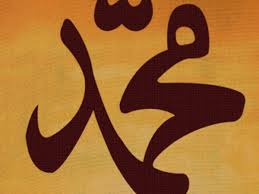 The last prophet of Allah was born on 12th Rabi ul Awwal of Islamic calendar,570 AD in Makkah. He was an ophan at the time of his birth,as his father had died before his birth. Hi father's name was Abdullah and his mother's name was Amina. His grandfather, Abdul Muttalib, named him "Muhammad" it means"The praised one", per the customs of Arabia. The child was entrusted to a Bedouin woman Halimah for his upbringing. She belonged to the one of the tribe of Bani-Sa'd.

His grandfather took his custody after his mother's demise in 576 AD.

When he was only 6. After his mother's demise, in 578 AD. Abdul Muttalib also demised leaving him to his uncle Abu Talib, cheif of Banu Hashim clan within the Quraiysh, as his guardian who loved and cared him more than his own kids.

When Muhammad(P.B.U.H.) became youth,he was well known of his good manner and honesty. He was known as "Al-Sadiq(The trusted one) and Al-Amin(The trustworthy one).

Content created and supplied by: Abakah_Turson43 (via Opera News )