When a Pastor errs and his attitude is being questioned, it doesn't mean Christianty is under attack 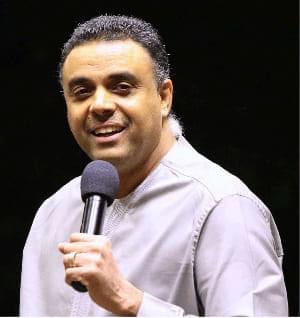 When a Pastor or a Church errs and his attitude is called into question, it doesn't amount to Christianity being under attack.

Christianity is under attack when Christians are prevented from going to Church for no reason.

When an embargo is placed on the spreading of the Gospel, then we can say Christianity is under attack.

When false prophets make the pulpit a place for making money and subject the name of the church to ridicule, then we can say Christianity is under attack.

Christianity is under attack when little children are accused of witchcraft and when children are told not to assist their parents because they are witches.

When Pastors/prophets go around issuing death certificates and have no message of hope for the people, Christianity is under attack.

When the pulpit is made unattractive due to the invasion of charlatans and we pretend not to see it, that's an attack on the Church.

What is being reported at Lighthouse is a negative image for a Church that is so well grounded and for a leader that is so admired.

It is not Christianity being under attack, on the contrary, it is Christians being questioned for not practising what they preach.

So those pastors complaining about the ill-treatment are not all by God and a branch of the Church right? Their years of suffering doesn't count, right?

When young people at discouraged from becoming pastors because Pastors are treated badly with no future security like what is happening in Lighthouse Chapel, that is a problem Christians should be concerned about.

No group of people suffer in silence than Pastors, (junior), in the name of loyalty, they keep quiet and go through the pain with the hope that better days would come.

When they complain, their faith is questioned so they pretend to be okay in the midst of the turmoil.

If such people have had the boldness to come out, people of conscience should not keep quiet because their favourite is the one accused as the engineer of the wrong. Finding justification is almost criminal.

As for the cursing video, I don't know what to make of it, it is not Christian whichever context you place it.

Lighthouse should release a statement, take responsibility where they are wrong, explain where they need to and most importantly, make effort to fix it. With over 2000 Pastors, six can mean oversight unless it is far-reaching than that.

It shouldn't be confused with the Chuch being under attack nor Pastor Dag Hayward Mills being persecuted, this is a case of a cup of misdeeds that appears to be full.

Lighthouse is a great Church, Dag is an amazing man of God, it doesn't make his wrong any less so. In fact, such people should be measured with higher standards.

Indeed, every human-run institution is subject to human weaknesses, when such weakness is exposed, we need the humility to admit to the wrong and fix it.

This is a matter they are going to fix and move on from, the Church would continue growing from strength. Zag's legacy won't be affected, his status won't reduce. All that is needed is a cool head to resolve it.

On day offering in all branches of Lighthouse can solve this problem, we won't be discussing this in June

What you should know is that the world criticising the Church for basic wrongs that ordinary people are not spared of is not an attack on the Church.

So far, no one has denied the allegations, what people are trying to do is to make excuses and present the culprits are victims.

What kind of Christian are you that human worship has consumed you to this extent? To you, your Pastor is your Jesus, he cannot be wrong, even when he is wrong, it becomes the new way of wrong.

This is what the past one year has thought me, fanatics, no matter their level of education don't think when sound judgment is needed and it would go against their priced asset.

There are educated people today who believe 5G is the engineer of 666 because their Pastor said it.

Aside from speaking good English and boasting of big certificates, some of you are the same as members of obinim's church, you are not any different from those who will become members of Evangelist Patricia Oduro Koranteng Ministry.

If sika gari was an innovation from your pastor, most of you would gladly have deposited your savings, hope and wait perpetually for its doubling.