Is Your Faith Misplaced?

With a stern face, the most powerful man in the known world warned the three young Jews not to disobey him. As they stood before his throne, he told them that, should they continue to refuse to worship the 90-foot image he had built, they would face a horrifying death—being burned alive in a massive furnace (Daniel 3:15).

Shadrach, Meshach and Abed-Nego calmly refused the order of the Babylonian king, demonstrating remarkable faith in the true God. This dramatic story offers important insights into the nature of true faith.

In their reply to Nebuchadnezzar, the three young Jews confirmed their belief that the God they worshipped was fully capable of delivering them from certain death (verse 17). They even expressed belief that God would deliver them. Both of these assertions refuted the king’s arrogant rhetorical question, “And who is the god who will deliver you from my hands?”

Shadrach, Meshach and Abed-Nego followed up, however, with a startling statement:

“But if not, let it be known to you, O king, that we do not serve your gods, nor will we worship the gold image which you have set up” (verse 18).

Notice the first three words: “But if not.” At first glance, the reader might wonder whether these Jews were wavering. Yet the resolute declaration lets us know they were not suffering a lack of faith. So what are we to make of their admission that God might not intervene?

First, we must consider what faith is. You won’t find the word faith anywhere in Daniel 3, even though this passage contains one of the greatest examples of faith. In fact, the word faith appears only twice in the entire Old Testament (King James Version). And the Hebrew in those two passages can be translated faithful or faithfulness instead.

Refusing to worship Nebuchadnezzar’s giant image reflected the faithfulness of Shadrach, Meshach and Abed-Nego, who faithfully obeyed the Second Commandment prohibiting veneration of idols. It also reflected their faith, as defined in New Testament terms.

Hebrews 11, nicknamed the Faith Chapter, confirms this. The chapter almost certainly refers to Shadrach, Meshach and Abed-Nego when it speaks of individuals who “quenched the violence of fire” (verse 34).

The true nature of faith

The apostle Paul wrote, “The just shall live by faith” (Romans 1:17; Galatians 3:11), quoting Habakkuk 2:4. However, the word translated faith in this Old Testament passage is one of the two verses mentioned earlier in this article. The word faithfulness would be a better translation.

The Expositor’s Bible Commentary, in discussing this clause, explains, “The discrepancy between ‘faith’ and ‘faithfulness’ is more apparent than real, however. For man to be faithful in righteousness entails dependent trust in relation to God.”

Not receiving the answer we want does not automatically mean we lack faith. But disillusionment with God’s answer might be a sign of misplaced faith.Faith and faithfulness are interwoven, because both are based on our relationship with God. Both concepts are based on a covenant, or agreement, between God and His people. We agree to obey, and He agrees to provide, to protect and to bless.

And this understanding brings us back to our question about Shadrach, Meshach and Abed-Nego. How could they admit that God might not deliver them and yet remain resolute in refusing to obey the king’s command?

The object of our faith

The three young Jews in Daniel 3 put their faith in God, not in a specific response to their crisis. They obeyed God, refusing to break His law by bowing down to the image Nebuchadnezzar had created. They were faithful.

And when they added, “But if not,” they showed they had faith in God, regardless of what happened next.

Is your faith misplaced?

So, is your faith misplaced? Have you put your faith in something other than God Himself?

As a Christian, you face the potential for disillusionment and disappointment if you have faith that God will heal you, or give you a better job, or provide you a mate. God might very well do any and all those things when we ask. But He might not!

Not receiving the answer we want does not automatically mean we lack faith. But disillusionment with God’s answer might be a sign of misplaced faith.

Like Shadrach, Meshach and Abed-Nego, you must put your faith in God alone—in His character, His power, His promises and His love—knowing that He can do any of those things you ask. At the same time, you must say in your heart, “But if not,” I will still trust in God. Or as Jesus put it, “Not My will, but Yours, be done” (Luke 22:42). 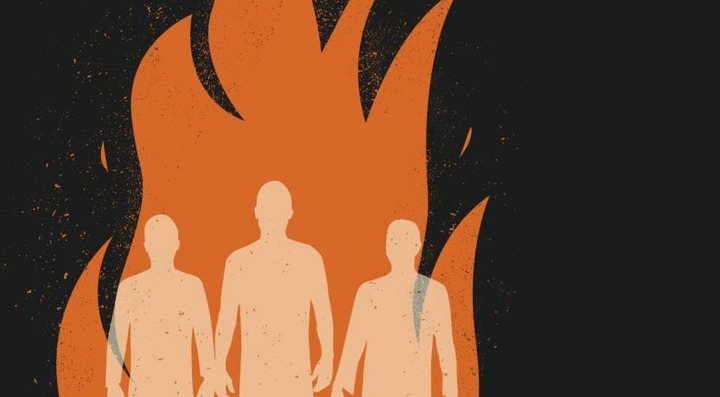