Get to Know The Doctrines of Buddhism

By DemPolice (self meida writer) | 13 days 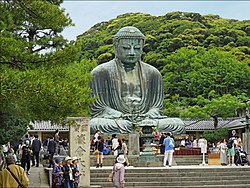 Buddhism has its origins in India around the 5th century BC during a time of revival and rejuvenation of mystical and religious thought. Buddhism is a system of philosophical, spiritual and social teachings based upon the experiences of Siddhartha Gautama (the Buddha) and his central doctrine – ‘the elimination of suffering’. “Just as the sea has one savour − salt − so my teachings have one savour − the elimination of suffering”. Buddhism indicates a path that all human beings can follow in order to ultimately become free from suffering. Known as ‘the Noble Eightfold Path’ or the ‘Middle Way’ with simplicity at its heart, it is a path of effort, meditation, community and compassion. In this part of the course you will learn about the life of the Buddha and the experiences which led him to enlightenment. You will also be introduced to some essential ideas and texts within Buddhist teachings, the ‘Four Noble Truths’, the ‘Noble Eightfold Path’ and The Dhammapada.

Siddhartha Gautama, the Buddha, also known as Shakyamuni (sage of the Shakya clan) was born a prince and heir to a kingdom. From these beginnings, seemingly destined for a life of luxury and wealth, the young Siddhartha Gautama made a series of life-changing decisions which set him on course to become one of the greatest spiritual teachers, philosophers and sages that the world has known. It is generally thought that the key events of his life are a rich source of philosophical teachings in themselves, like an archetypal journey towards the ‘middle path’. The name Buddha in Sanskrit literally means ‘awakened one’. 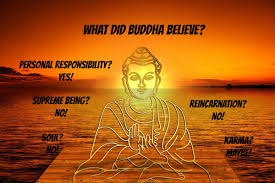 The central doctrine of Buddhist teaching can be summarised as ‘the elimination or cessation of suffering’. What the Buddha understood and explained so simply and timelessly with The Four Noble Truths was that everything in life is, in some way or another, suffering. Birth is suffering, death is suffering, even times of happiness, owing to their impermanence, will also bring about suffering. However, what the Buddha also understood was that there is a cause behind all of this suffering and that there is also a remedy − a way to go beyond suffering.