Why do Muslims celebrates the maulid festival

Maulid is the celebration of the Felicitious birth of Prophet Muhammad (peace be upon him). While extremists such as the Islamic State terrorist group are vehemently against any such celebration, the overwhelming majority of Muslims take part in one form or another. 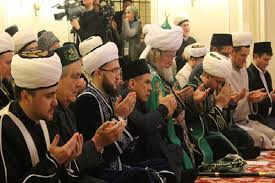 Through their ignorance and misunderstanding, extremists claim that the Mawlid al-Nabawi is based off the Christian Christmas holiday and therefore a promotion of “shirk” (polytheism) and anathema to the Islamic teachings that there is no deity other God.

Even though the Mawlid as we know it was not around during the time of the Prophet, Muslim scholars have agreed on its permissibility under the Sharia, or Islamic law, for many centuries.

Former Grand Mufti of Egypt Ali Gomaa said that “commemorating the birth of the Prophet is legally based and commonly observed, as it is one of the matters which increases the love of our Prophet in the hearts of people, children and grandchildren.” 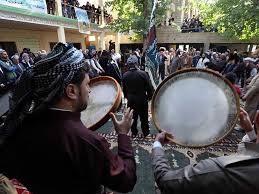 Increasing love of the Prophet is an important tenant in Islam. In a “hadith” (saying of Prophet Muhammad) narrated by his companion Anas ibn Malik, the Prophet (peace be upon him) said, “None of you will have faith until he loves me more than his father, his children and all mankind.”

And speaking to his companion Umar ibn al-Khattab, the second caliph in Islam, he said, “By Him in whose hands my soul is, (you will not have complete faith) until I am dearer to you than your own self.” According to Islamic tradition, animals, trees and even inanimate objects like mountains showed love for Prophet Muhammad (peace be upon him), and he showed love for them as well.

So, increasing our love for him and expressing it is in line with all of nature and connects us to spiritual energy of the cosmos. This love for the Prophet is not undue, as Muslims believe that he is the epitome and model of love, mercy, compassion, benevolence, generosity, justice and all virtue. 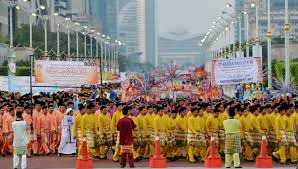 Indeed, God says about him: “We have not sent you but as a mercy to the worlds” Celebrating the birth of Prophet Muhammad (peace be upon him) is a means for Muslims to express this love and connect themselves to the life, message and character of the “Best of Creation”, as he is known.

In a time when extremists are acting in a hateful manner opposing the virtue and teachings of the Prophet, the Mawlid al-Nabawi is needed more than ever to instila a l love for God’s final messenger and to spread the excellent character and virtue that he was sent by God to teach.

If You Want To Look Flawless In An African Outfit, See Designs That Can Wet Your Fashion Appetite