By Discoverers_Gh (self meida writer) | 15 days 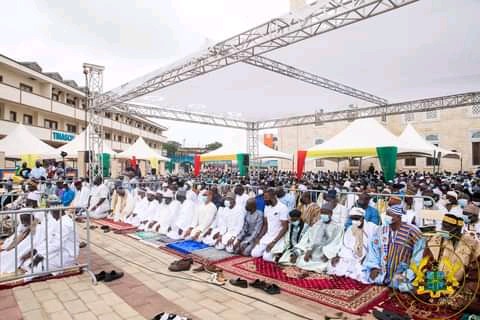 Information gathered from Aboabo No.2 Bus Stop in the Ashanti Regional capital, indicated that at least some two persons have been severely injured and one person reportedly confirmed dead after an unknown gun wielder open fires into the congregation amidst Edi ul-Adha prayers to mark the festival.

According to reports from Zuria FM, a radio station based in the heart of Kumasi, an unknown person pulled the gun as the prayers were ongoing and made shots into the crowd.Two people sustained gunshots injuries whilst one person reportedly lost his life at Aboabo.

Eyewitnesses who also eavesdropped the incident as it occured reported that everyone scattered and run for their lives as they heard the sound of the shots and the screams of the injured persons. These people include all the moslems at the prayer grounds including Mallams, Alhajis, Hajias, and all the ordinary Ghanaian Moslems. 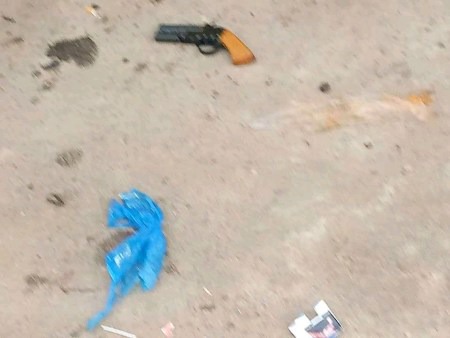 The attention of the Ghana Police Service has been drawn however the whereabouts of the shooter remain unidentified but the gun was found on the grounds at the time of this report. The injured were taken to the Komfo Anokye Teaching Hospital (KATH) in Kumasi for treatment, while the remains of the deceased has been preserved shortly for the police to do a bit of investigations.

The Ashanti Regional Police Command is vigorously conducting investigations into the incident and searching for the culprit. They are therefore appealing to the public especially those in and around Aboabo to report any suspect to the nearest police station.

The cause of the incident is yet to be uncovered. Whether the shooter had a target in mind or not completely remains unanswered as the police aree still in the process of identifying the suspect(s).

Today, Tuesday July 20, 2021, marks Edi ul-Adha holiday worldwide. This special festival is celebrated and observed by moslems all over the world to commemorate the sacrifice of Ishmael to Allah by his faithful servant Ibrahim.

This teaches moslems to completely sacrifice their all in all to Allah even if it's their last. A major characteristic feature of the festival is killing cows and sharing it with neighbors and the townspeople.