By Pytas-Post (self media writer) | 1 year ago

The people of Hohoe are one of those people who are loving like nobody else. Their love is great, and many people love them for who they are. But they also have limitations to their love. In 2012, it happened that there was a massive war in the Hohoe between the Hausa/ Muslims and the Ewes. In this war, many lives were lost, and many properties were destroyed. 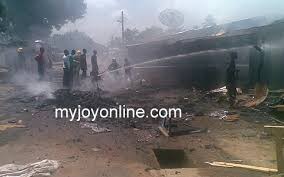 The war came up as a result of a misunderstanding between the two groups. This misunderstanding was as a result of the uprooting of a dead corps who was titled as the Chief Imam of the Muslims. It happened that, the Muslims buried their Chief Imam of the land of the Ewes, a place where the Ewes do not see as appropriate for the burial of the diseased. As a result, the Ewes advices the Muslims to get rid of the corps, but they turned a deaf ear to that.

The elders in the Gbi- Central which is part of the entire Hohoe got annoyed and as a result, commanded the corps out of his graveyard to settle on the major roadside in the Zongo area where anybody can easily see. Early in the morning the following day, a Muslim was out for a jogging only to realize that their Chief Imam was uprooted from his grave. Quickly, he sent the news to his people and with anger in their heart, they matched straight to the Chief's palace. The name of the Chief then was Torgbega Gabusu VI.

Upon reaching the Palace, they called the Chief out, but the Chief, after sensing danger, turned into a belt on his bed. The Muslims got annoyed after not hearing from the Chief and, so, set the whole Chief Palace ablaze and left. 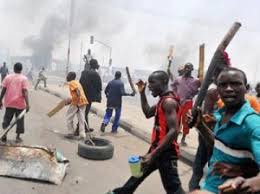 After the news reached the Ewes, they got annoyed but managed to get into the Palace to quench the fire. But since they arrived late, most of the things in the Palace got incinerated before they reached. With anger all over their body, they armed themselves with their charms and intruded the Zongo community. They moved in with cutlasses and guns and, as a result, shoot any Muslim they see. The Muslims also realized they can't sit down to death so, they also got organized and started killing whoever they see to be a Ewe. 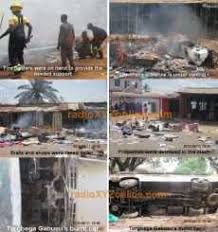 In that particular day, many young school going children were killed, and many stores got incinerated not until the Formal President Mahama ordered some soldiers to go and keep peace.

They succeeded in keeping the peace. And they left with the problem settled.

But currently, the Ewes are complaining of their missing items, which they use to install new Chiefs. According to them, they can't see the crown and other things they have been using to install new Chiefs. They called the leaders of the Muslims, but they did not respond to their call and so, the Chiefs and Elders are again angry. Their reactions are creating the signs of new Hohoe war.

Since some residents, including me myself, don't want the issue to get out of hand and lead to any war, we decided to publish it in this article. So it is therefore very important you SHARE AND CLICK ON THE FOLLOW BUTTON and also leave a comment if there is any.

This information must reach the other parts of the Country, so even if you're not able to read it all, please click on the SHARE button. And do not forget to recommend the Opera Mini and opera news app to your friends and families.