Must-Read For Christians: People Who Defiled All Odds To Stand Till The End That We Can Learn From

By ella4sam (self media writer) | 1 year ago 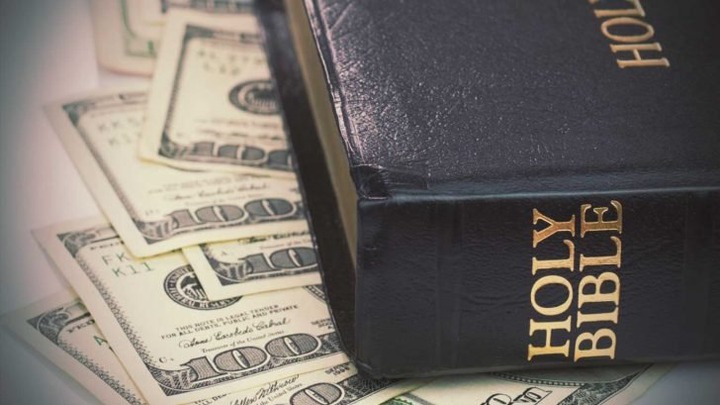 All the pains and difficulty that you presently face because you decided to stand still till the end are light afflictions compare to the glory ahead. Remember that the Lord will crown you with a crown of righteousness at His appearing. So all that you have to bear now are temporal. Therefore, your focus should be on the eternal reward that awaits you in Christ Jesus. (Read 2 Corinthians 4: 17 – 18).

The Bible has some great examples of people who defiled all odds to maintain their salvation until the end. Let us examine how they kept their faith till the end.

Daniel: He and his friends Hananiah, Mishael, and Azariah were among the prisoners captured and taken to captivity by King Nebuchadnezzar of Babylonia when he attacked Judah during the reign of King Jehoiakim. While they were in Babylon, King Nebuchadnezzar ordered his chief official Ashpenaz to select some young men of royal and noble background among the Israeli’s exile to be trained to read and write the Babylonian language.

God blessed Daniel and his friends with special knowledge and skills in literature and philosophy. Additionally, God granted Daniel the expertise to interpret dreams and visions. After the three years set for the training, Ashpenaz presented all the trained students to King Nebuchadnezzar for assessment and Daniel, Hananiah, Mishael, and Azariah impressed the King more than all other students. Thus, they became members of the royal court. 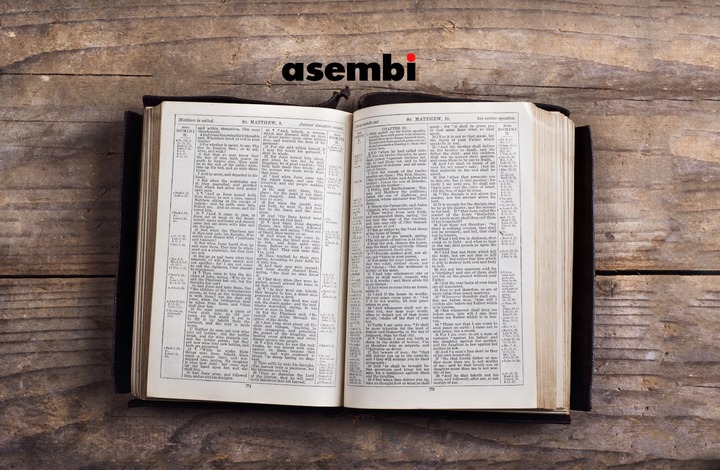 King Nebuchadnezzar promoted Daniel and his friends so that Daniel was made head of the king’s advisers and also in charge of the province of Babylon because God helped him to tell and interpret the King’s dream. Daniel remained in King Nebuchadnezzar’s royal court until Babylon was conquered.

Darius of Mede who seized royal powers after King Belshazzar, Nebuchadnezzar’s son was killed, appointed Daniel and two others as presidents to supervise the 120 governors he also appointed over his realm. King Darius was very impressed with Daniel’s work; hence, he thought to put him in charge of the whole empire. However, this made Daniel’s colleagues envious and they schemed on how to implicate him.

Daniel was very reliable, prudent and honest with his duties so his colleagues could not find ways to implicate him. So the presidents and governors conspired to deceive the King to make a royal decree that no one should pray or make petitions to any god or human except the king for 30 days. And anyone who violates this decree would be thrown into a pit filled with lions. (Read Daniel 6: 5)

Now Daniel had a personal religious habit of praying to God three times a day facing Jerusalem from his upstairs room with the windows open. The new decree would not budge him, so he went home as usual and prayed. His colleagues saw him and went to report him to the King. (Read Daniel 6: 13) 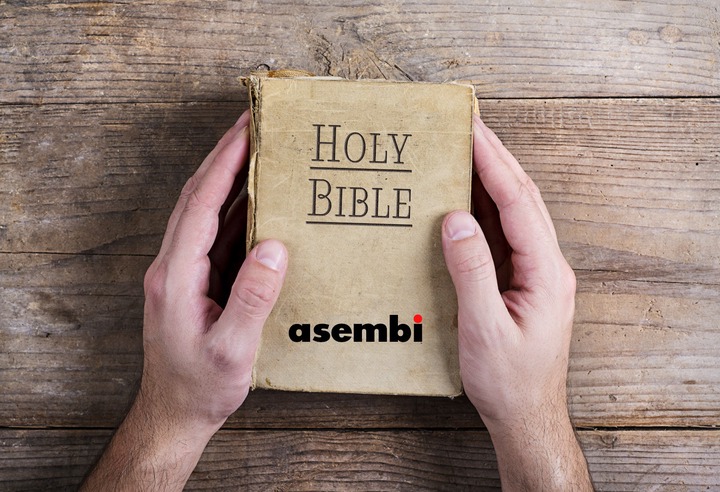 Though King Darius did not want Daniel thrown into the lions’ den, he tried to look for a way around the decree until sunset. However, he had to command that Daniel be fed to the lions because the order was made according to the laws of the Medes and Persians, which cannot be changed. He prayed for Daniel thus: “May your God, whom you serve so loyally, rescue you” Daniel 6: 16b.

This was one of the trials Daniel had to deal with in his life. What could be more threatening than been fed to the lions? The threat to his life did not perturb Daniel rather, he maintained his service to God. As a Christian and a servant of God, maintain your stance in the face of persecutions like Daniel did, and God will rescue and see you till the end.

Shadrach, Meshach, and Abednego: They were among the advisers that King Nebuchadnezzar threatened to eliminate had God not use Daniel to tell and interpret his dream. Again, King Nebuchadnezzar made a ninety feet high and nine feet wide gold statue which he set on the plain of Dura in the province of Babylon. He commanded all his officers, including the princes, governors, lieutenant governors, commissioners, treasurers, judges, and magistrates, to attend the dedication of the statue. They were instructed to bow down and worship the statue when they hear the sound of the trumpets, followed by the playing of oboes, lyres, zithers, and harps; and all the other instruments. Anyone who did not bow down and worship will immediately be thrown into a blazing furnace.

The king became angered the more. Thus, he commanded that the blazing furnace be heated more excessively, and Shadrach, Meshach, and Abednego be thrown into the furnace. And because of the urgency of the king’s command, the guards who carried out the command got caught by the fire, and they died. Meanwhile, inside the fire, a fourth man joined Shadrach, Meshach, and Abednego and they walked round in the fire without been burnt or hurt. Not even their hair or clothes were singed. (Read Daniel 3: 26) 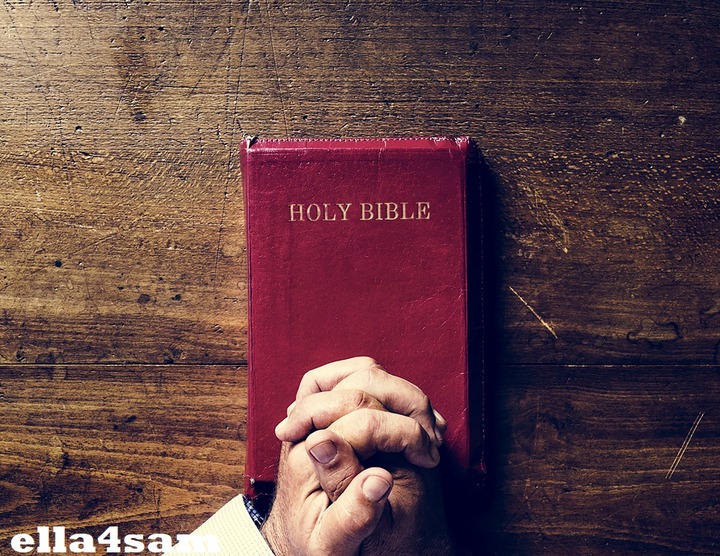 Stephen was accused of speaking blasphemous words against Moses, and God.

The false allegations against Stephen caused him to be brought before the council. Again the worthless men laid the accusations that, “…This man never stops speaking against this holy place and against the Law. For we have heard him say that Jesus of Nazareth will destroy this place and change the customs that Moses handed down to us” Acts 6: 13 – 14.

When the high priest asked Stephen to defend himself, he seized the opportunity to preach Jesus Christ to them. He chronicled from the call of Abraham; the sojourning of the Israelites for over 400 years in Egypt; the Israelites deliverance by God through Moses; the Israelites sojourning in the wilderness; Solomon building God a temple; the persecution of various prophets of God by their fathers and to how the Lord Jesus Christ was also persecuted, killed and how God raised Him from the dead on the third day. The council’s responded to Stephen’s testimonies with indignation. “When they heard these things, they were cut to the heart, and they gnashed on him with their teeth” Acts 7: 54.

Stephen been full of the Holy Spirit, he looked up steadfastly into heaven and saw the glory of God and Jesus standing on the right hand of God. And he declared it. “…Behold, I see the heavens opened, and the Son of man standing on the right hand of God” Acts 7: 56. This angered the members of the council more. They had him beaten up and cast out of the city, where he was stoned to death. 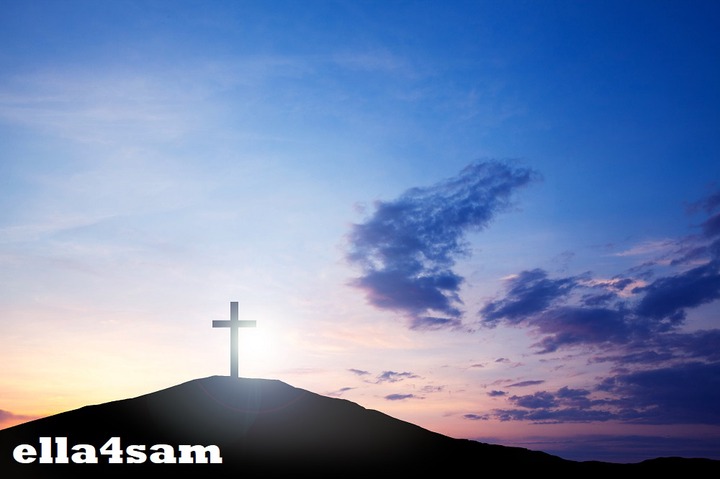 The Apostle Paul: He was a chief persecutor of the church. And after becoming a Christian and in his ministry, he also became acquainted with many trials and persecutions. To understand the depth of Paul’s trials and persecutions that he encountered, a good study of 2 Corinthians 11: 23 – 28 will show us a complete picture. He was an Apostle commissioned by the Lord to the gentiles and in his own words, he described all he had to go through to accomplish this mission. That is, to reach the gentiles. (Please read 2 Corinthians 11: 23 – 28).

The Apostle Paul was very passionate about his call by the Lord to the gentiles. To accomplish this ministry, he refused to be move by the odds he faced. He was persuaded to carry on, the trials and persecutions he encountered notwithstanding, that he declared: “But none of these things move me, neither count I my life dear unto myself, so that I might finish my course with joy, and the ministry, which I have received of the Lord Jesus, to testify the gospel of the grace of God” Acts 20: 24.

Just as the Lord Jesus Christ said, “On my account you will be brought before governors and kings as witnesses to them and to the Gentiles” Matthew 10: 18. At different occasions, Paul was brought before governors Festus and Felix as well as King Agrippa, where he witnessed the Lord Jesus Christ to them. It was with this same passion and convictions that compelled him fully ready to go to Caesar in Rome to testify about Jesus Christ. Again, this should be an example to you as a Christian. No man on the face of the earth is too big or important to hear about Jesus Christ from you. They are mere men; flesh and blood who are entirely void without Christ. Therefore, do not hold back when you have the slightest opportunity. While your accusers or persecutors intend for you to be threatened and condemned, maintain your stance, preach the gospel to the person before who you are brought.

Know that God can never be too late to come to your rescue; He is always on time. So in the face of that fierce persecutions and threats, trust that God will deliver you. (See Matthew 10: 28).