Some Facts About John Wesley, The Founder Of Methodist

By @Tesla (self media writer) | 5 months ago

The late Reverend John Wesley was the founder of Methodist Church. He was a great man of God at the time.These are some fascinating things he did in his time. 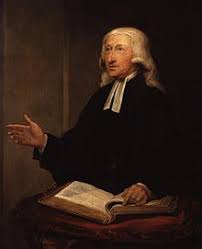 He wrote one of the all time best selling medical texts. Wesley was deeply convicted that God is concerned about our earthly life as well as our heavenly one. To that end, he wrote a medical text for the everyday person titled Primitive Physick. The book detailed the current knowledge about home remedies and went through 32 editions, making it one of the most widely read books in England.John Wesley bobblehead makes an appearance at Glendale United Methodist Church in Nashville, Tenn. Photo illustration by Steven Kyle Adair, United Methodist Communications

Many of Wesley’s cures and tips on healthy living> remain widely accepted. While some of his advice was wishful thinking, the most important part of his philosophy was his insistence on continual observation to support hypotheses. Wesley boldly questioned modern doctors — how they sometimes treated humans like machines; that much of their “medicine” lacked merit and they lacked evidence to support its efficacy. By the same token, some of Wesley’s beliefs certainly needed more supportive evidence. For instance, Wesley recommended holding a puppy against the stomach to cure stomach pain. He offered dried and powdered toad pills for asthma. He also enjoyed regular dips in cold bathwater, thought to be a near panacea. It sounds strange to us, but many leading minds during Wesley’s time, espoused these sorts of folk remedies. And honestly, who doesn’t feel better after holding a puppy? The point is, like David — who had the heart of God and still fell short — even the greatest leaders with the biggest hearts are fallible.

He was the one who coined the term "Agree to disagree". Over the years, Wesley had serious theological differences with another popular pastor named George Whitefield. Though they both argued passionately, Wesley reflected on these differences in a memorial sermon for Whitefield by saying:There are many doctrines of a less essential nature. In these, we may think and let think; we may 'agree to disagree'. But, meantime, let us hold fast the essentials.This appears to be the first recorded use of the term. It was a hallmark of Wesley’s way of holding to his convictions while remaining in connection with those with whom he disagreed.

John Wesley road far enough on horseback to circle the earth 10 times.Wesley rode 250,000 miles! He was convinced that it was important for him personally to spread the gospel through relationships and continue to grow closer to God in those relationships. Asked if he would consider walking instead of riding, he replied, “Nay."

Content created and supplied by: @Tesla (via Opera News )