By Kumbundoo (self media writer) | 15 days ago 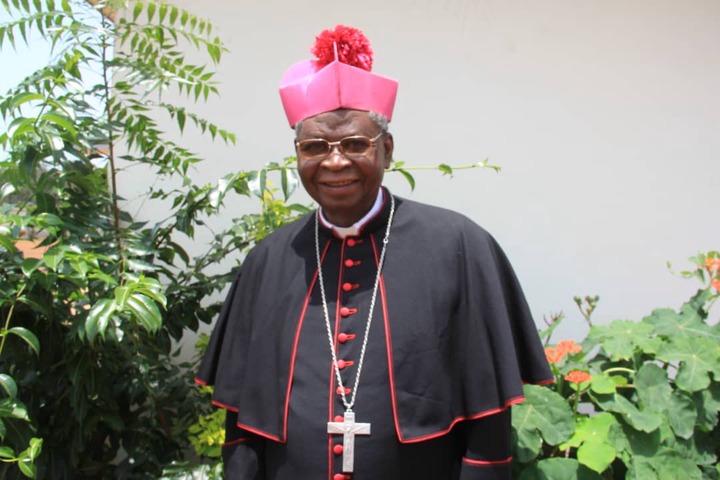 Metropolitan Archbishop of Tamale is fighting back at recent media reports which quoted sections of an interview he granted to CNN to indicate that the advocacy against the acceptance of LGBTQ was the fear that Ghana could be established in the long run as an Islamic state. Most Rev. Philip Naameh said the reports as carried out by some media outlets with the headline: Ghana Risks Becoming Muslim-Majority Country if LGBTQ is Allowed, was false and an attempt to cause disaffection for his person.

"I wish to state categorically and for the avoidance of doubt that the said statement attributed to me is false and do not in any way reflect the actual content of the conversation," the Archbishop who is also President of the Ghana Catholic Bishops Conference wrote in a statement.

Rev. Naameh also said his position and that of the Catholic Church espoused on several media platforms and in tandem with the views of other religious groupings remain the fact that the practices of LGBTQ persons are alien to the Ghanaian Cultural and customary values. The respected Cleric has accordingly asked the general public to disregard such media reports, saying they were calculated machinations to break the formidable Coalition in support of a bill currently before Parliament which seeks to criminalise the practices of LGBTQ.

Read his full Statement Below 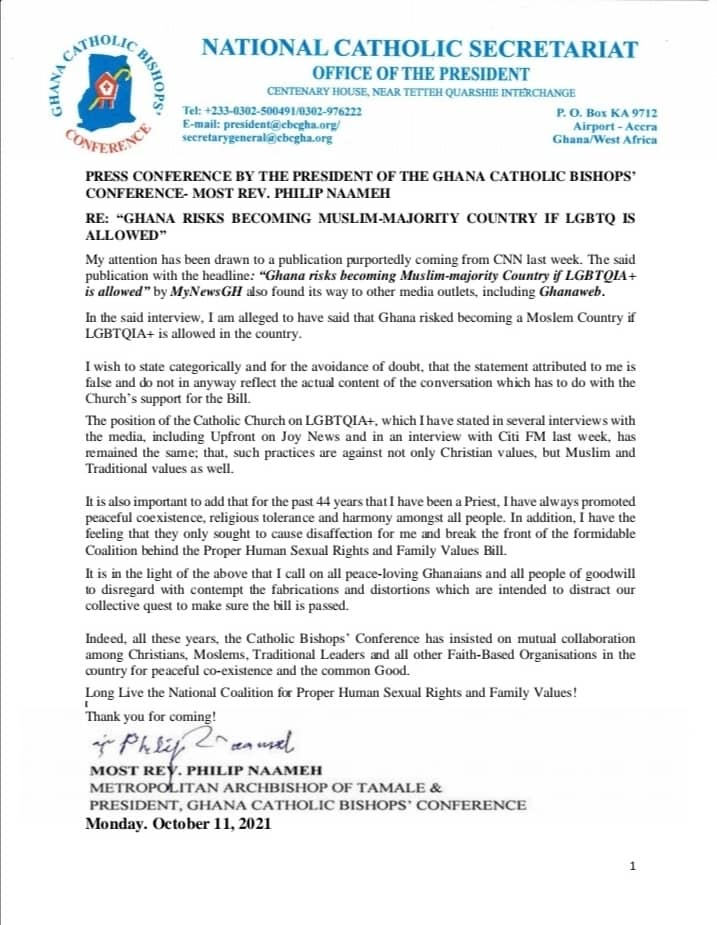