Hundreds Line Up For Miracles From Angel Obinim

By Tinchie (self meida writer) | 23 days 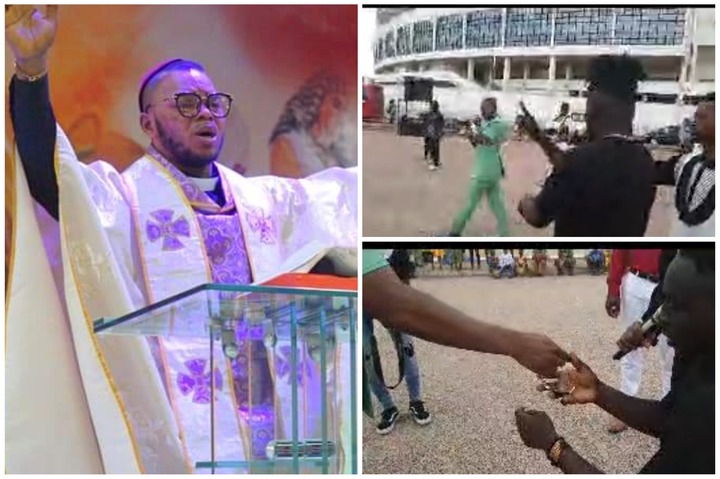 A mega crusade and prophetic ministry is going on in Tamale, with Bishop Angel Obinim. Hundreds had lined up awaiting the prophetic touch and direction from him to restore their blessings for healing, wealth, marriage and any others that troubles them.

Outside the Sports Stadium, Angel Obinim managed to pull a huge crowd with his miraculous performance. Many had come from afar only to have an encounter with him.

He had before the day's service publicized that the encounter would be mega, and behold it has. One gentleman, among the multitude, was called by Angel Obinim for a redemption from poverty and hardship. 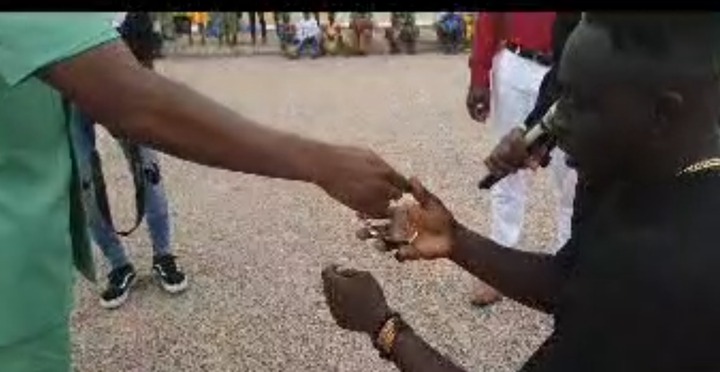 The young man who Obinim from the 'holy spirit' identified as Richard was overwhelmed by a promise from the former that his woes have been severed from his life.

He broke down on his knees, singing praises onto Obinim. Then, Obinim asked what he had on him that he could use as his breakthrough. Dozens fall to the ground upon Angel Obinim's touch

The young man dipped his hand into his pocket and offered a Five Ghana Cedis note. Indeed the man is broke, and Angel Obinim was willing to deliver him.

He recited some tongues and prophesied that he shall make it in life. He said the young man will travel to America "for God has opened doors for him."

There came the jubilation, everyone couldn't hold themselves together with that prophetic announcement. 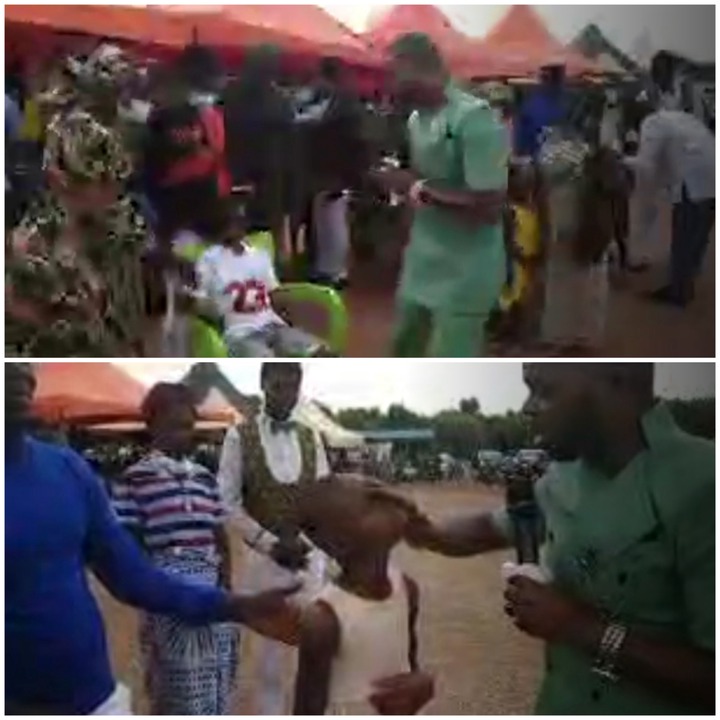 But this isn't the only wonder he had today. Some children with physical deformities and illness were brought to him for healing. He prayed for them and anointed them, proclaiming they shall be made right soon.

The congregants learning of an opportunity to seek favour from God through Angel Obinim hurriedly responded to his call to them for blessings. One by one they spoke about their wishes and desires.

Arguably, the aftermath of this crusade would pull some huge followership for International God's Way Church. Definitely, the branch in Tamale will grow in numbers after this.