I will not waste my money on the national cathedral. Prophet Kumchacha boldly says and reveals why.

By Dapaah_Gh (self meida writer) | 7 days

Since the president of Ghana, Nana Akofo Addo, proposed the construction of the national cathedral, Ghanaians have been split on whether it should be erected or not. While half of the country agrees that it should be built, the other half believes that it should not be built. Most people who oppose it say that the money used to create it could be used to build other critical infrastructures for the people of the country to benefit.

Even though it has its critics, it also has a big big number of supporters. And when the public was asked to donate so that it could be used to help build it, many people jumped on board and contributed. A number of prominent Ghanaians, including the national chief imam, pastors, and others, made major contributions to the building's development.

But while some religious leaders support it, not everyone, including some pastors like prophet Kumchacha do as he has boldly declared that he will not waste his money to help build the national cathedral To paraphrase the controversial man of God himself, he says he won't give his money to help build the national cathedra like other pastors do, but instead will rather use it to do charity works. 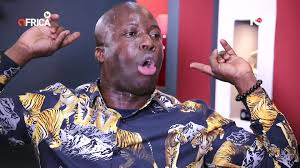 According to the controversial prophet, it was Nana Addo himself who promised that he would build a national cathedra for Ghana therefore now that he has won the election and he is the president, he should build it himself instead of asking Ghanaians to help him by contributing our own personal money to the project.

He also stated that one of the reasons he does not support the project is that instead of using the money to build the cathedra, the money should be used to improve the Accra-Kumasi road, which he believes needs the money more than the cathedra because if the road is improved to a good standard, it will save many lives because there will be fewer accidents on it. 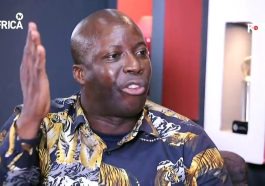 As he remarked, "I'd rather spend my money on clothes, food, and other necessities for the prisoners at the Nsawam prison than on supporting the construction of the national cathedra". Cathedras are not the most important thing to do in the country, says Prophet Kumchacha.

Meet The Model With A Mysterious Tongue And Sizzling Photos

Fake Or Real? See What This Lady Is Wearing In A Church