Proofs that Prophet Muhammad Couldn’t Have Authored the Holy Quran

By hamidsokun (self media writer) | 1 year ago 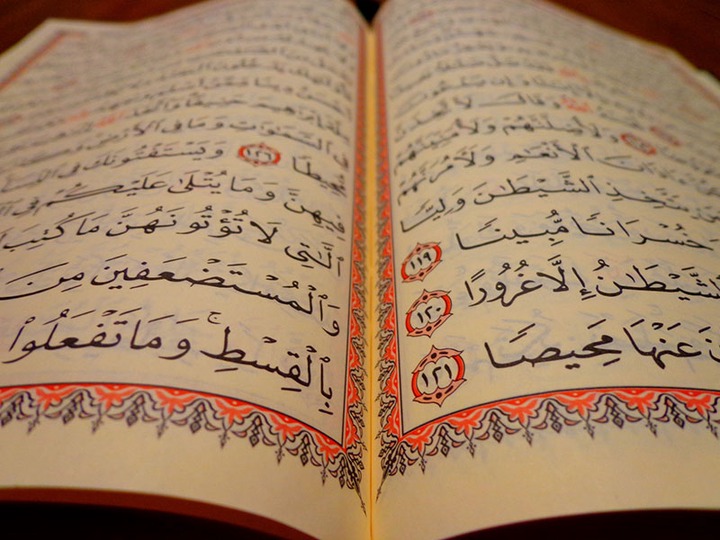 The idea that Prophet Muhammad (peace be upon him) wrote the Quran is a prevalent one in the West.

Let’s briefly take a look at this issue in light of well-documented historical facts, logic, as well as with respect to the Prophet’s personality, life and career.

The Prophet’s life is perhaps the most fully and rigorously documented of any person in pre-modern times. This fact enables us to closely examine the claim that he wrote the Quran. Islamic scholars have discussed this issue in detail and have cited hundreds of proofs that establish the divine origin of the Quran. Here, we will mention just a few.

It was well-known among the early Arabs of Makkah that the Prophet Muhammad was unlettered and did not know how to read or write. The Quran itself states this fact. None of his detractors ever attempted to deny this claim of the Quran:

Believe, then, in God and His Messenger – the unlettered Prophet who believes in God and His words – and follow him, so that you might find guidance! (7: 158)

As is recorded in his biography, when the angel Gabriel approached the Prophet for the first time at the age of 40, and revealed to him the first word of the Quran – “Read!” – The Prophet’s response was that he was unable to read.

Thus, even at the start of revelation, the Prophet was in no position to compose a book. Indeed, as the Quran states, the Prophet’s being unlettered was itself a matter of divine wisdom:

Never have you recited Scripture before this (Quran O Prophet)! Nor have you transcribed one with your right hand. For then, the progenitors of falsehood would have had cause to doubt (the revelation). (29: 48)

2- In various instances during the Prophet’s life where a problem arose, he was unable to find a solution until it was revealed to him by God.

In some cases the answer was delayed causing the Prophet great anxiety. If the Prophet had devised the answers himself, why would he need to wait for revelation?

Here are a few examples: Once a group of people accused the Prophet’s wife Aisha of adultery. The slanderous accusations shook the Muslim community in Madinah and resulted in the Prophet separating from his wife temporarily. During this extremely difficult ordeal, he did not know what to do. Finally, after nearly one month, verses were revealed that established the innocence of Aisha and rebuked those who made the false accusations against her.

The leaders of the Prophet’s tribe, Quraysh, once asked the Prophet a few questions in order to test him and to see if he really was the Messenger of God.

They asked about stories and issues, such as the Seven Sleepers, the nature of the soul, etc. Weeks had passed and the Prophet would not give any answers, because he did not have knowledge of them. As a result of the delay, the Prophet was accused of being a liar by members of his tribe. Finally, the Prophet received by revelation an entire chapter of the Quran, the Cave (Chapter 18), as well as other verses, answering all the questions asked to the Prophet by the Quraysh.

In the early days of Islam, the Muslims used to face Jerusalem while praying. The Prophet wished and wanted to change the direction of prayer from Jerusalem to Makkah. But he did not instigate the change himself; instead, he waited for a command from his Lord, raising his head towards the heavens in anticipation. The Quran states:

Thereafter when God commanded that the direction of prayer be changed the Muslims were actually performing prayer in congregation and immediately turned their faces towards Makkah, turning from North to South.

In all of these incidents and many others, the Prophet did not act until revelation came to him with an explicit answer or command. This was the case even though the delay caused him to be rebuked and accused of being a false Prophet. If the Quran were from the Prophet, surely he could have “revealed” the verses earlier. This shows the Quran is a revelation from God, and not from Muhammad’s own imagination.

The Language of the Quran

Another crucial point in this respect is the huge difference between the linguistic style of the Quran and that of the Prophet’s own style of communication. A comparison of his recorded sayings or Hadith and the Quran shows unequivocally that the author of the Quran is entirely different from that of the Hadith.

3- There is a marked difference between the Prophet’s preserved statements and Quranic verses.

The books of Hadith are in multiple volumes and are more extensive than the Quran. When he naturally spoke, his speech was not associated with any extraordinary experiences but when he received revelation he would often experience different states.

When verses were revealed to Prophet Muhammad, sometimes he would sweat even on cold days, his face would become red, his body would become heavy and so forth. Was he just acting? Definitely not! How could he have lived such a pretentious and complicated life for 23 years? This indeed is the difference between the Hadith and the Quran. Muslims believe the Quran is God’s own speech that was revealed to the Prophet.

4- A good portion of the Quran includes stories of previous Prophets and their nations.

Often the concluding remark is that the Prophet had no previous knowledge of any of those stories or historical events, he only knew of them through revelation. For example, after relating the story of Moses and Pharaoh the Quran states:

You were not (there, O Prophet,) on the western mountainside (of Tur) when We decreed to Moses the Commandments. Nor were you (there among those) of the Children of Israel who bore witness (to these events). Furthermore, We brought forth (many) generations (after Moses), such that the life spans (of heedlessness) that stretched over them grew (so very) long – (until they forgot God’s Covenant). Moreover, you were not (there with Moses when he was) dwelling among the people of Median, conveying Our message unto them… (28: 44-5)

The Quran also states after the story of Jesus and Mary:

After the story of Joseph:

This is (but one) of the tidings of the unseen (past) that We reveal to you, (O Prophet). For you were not with them when they resolved (to execute) their (evil) affair, and while they were plotting (it). (12: 102)

Verses like the above appear routinely after such stories in the Quran. Thus, if one were to believe the allegation that the Prophet had learned these stories from Jews and Christians, why should he ascribe them to God? His teachers would have been close at hand and someone would have eventually exposed him as a fraud.

5- The Quran criticized the Prophet Muhammad on several occasions.

The Prophet was once sitting with some of the leaders of his tribe inviting them to Islam. A blind man who was already a Muslim, came to the Prophet to ask him some questions regarding Islam. The Prophet ignored him, as he was busy delivering the message of Islam to the leaders of Quraysh, hoping they would come to Islam. Thereupon the revelation came reproaching and reprimanding him:

He frowned and turned away because the blind man approached him. Yet for all you did know (O Muhammad) he might perhaps have grown in purity? (80: 1-3)

The Prophet used to love to eat honey. Once he refused to consume any honey after his wives discouraged him to do so, as a result of a quarrel they were having among themselves. God again reproached and reprimanded him:

O Prophet! Why do you, out of a desire to please [one or another of] your wives impose [on yourself] a prohibition of something that God has made lawful to you? (66:1)

At the time of an impending battle some people who had hypocritically embraced Islam came and asked the Prophet to excuse them from participating in the campaign. The merciful Prophet accepted their excuse. Thereupon revelation came down upon him again:

May God pardon you (O Prophet)! Why did you grant them permission (to stay at home) before it had become obvious to you as to who was speaking truth and (before) you came to know (who were) the liars. (9: 43)

There are many incidents in which the Prophet was reproached by God. The logical question here is why would the Prophet make up these verses?

Even if someone had instructed him to include these verses, why would he run the risk of damaging his image?

His followers regarded him as the Messenger of God; why would he purposely show himself in a less than flattering light?

The logical and factual answer is that these are not the words of the Prophet, and he is not the author of the Quran.

The Prophet did not have any right to add or subtract from what had been revealed to him:

If the Prophet was really the author of the Quran, why did he have to state these words?

What would he have gained if he allegedly concocted the Quran and then devised threats against himself?

The Prophet was universally known never to have uttered a lie in his whole life. Before Prophethood, even the pagan idolaters attested to his truthfulness, and he was known as the “Trustworthy” and “Truthful”.

Are we to believe that suddenly, at the age of 40, the Prophet not only began to utter a long string of lies but that these lies were against God Himself?

History and logic would refute this notion.

Content created and supplied by: hamidsokun (via Opera News )