Pope skinny claims! Ebony was killed by sunyani gods due to practicing lesbianism

By Natolamide (self media writer) | 1 year ago

pope skinny the king of kasahari was born by Mrs Susan Ohene Darko and Mr. Willian Akonnor in Amanokrom In the Eastern Region He started school at base ordinance Depot in Accra around Burma camp. Pope further his education at Adonten senior secondary school in Aburi in the Eastern Reigon of Ghana from 2001 to 2003. He discovered his talent in Junior Secondary School where he began to perform to the world on FUN WORLD and KINDAFEST.

Pope skinny thrilled audiences and students on stage in most schools and fun places . He continued to form a rap group called Kokroko based in Accra 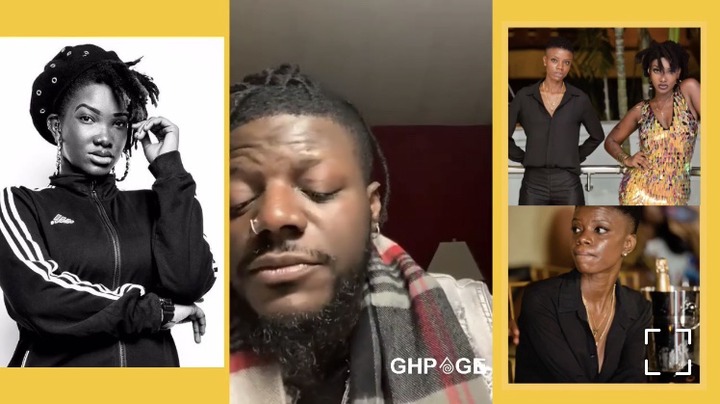 According to Pope he said our late ebony the dancehall queen who died at the age of 20 was killed by her hometown gods thus sunyani. And Pope also claimed the reason for her to be killed by the gods was that, she was practicing lesbianism wid her closet friend. According to Pope the girl was too young to die.