The real history behind Astronomy

By Paakwesipaypal (self media writer) | 24 days ago

If you have a passion for star gazing, telescopes, the Hubble and the universe and this thing we call “astronomy”, you are far from alone. Of course, we know that astronomy is a highly respected science that has produced some of the most amazing accomplishments of the twentieth century. On top of that, it is a thriving area of fascination and one of the most exciting hobby areas going with thousands of astronomy clubs and tens of thousands of amateur astronomers watching the stars every night just like we do. 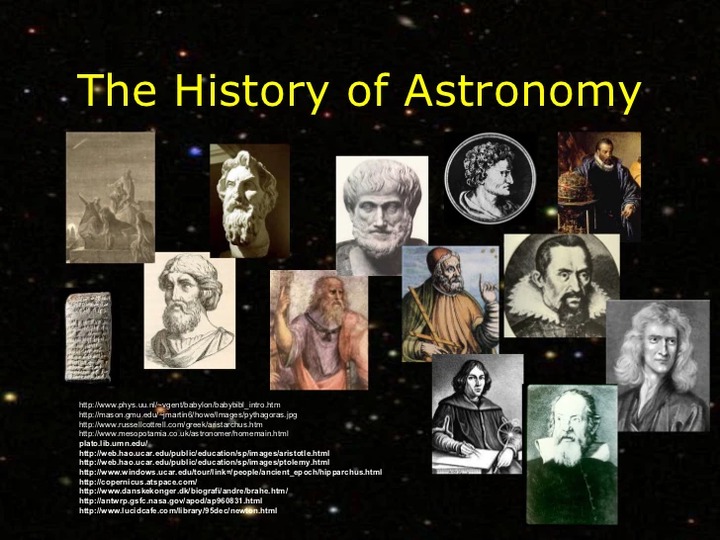 For many centuries the science of astronomy was not distinct from the practice of astrology. For clarity, astronomy is the study of the stars, planets, and the universe with a clearly scientific approach. Astrology is the study of the zodiac signs and how they influence our growth, our personalities and our daily lives. In modern times, we as people of science discount the astrological side and focus on the astronomy of the heavens. But they were one study for millennia before the age of science made them separate.

There is historical evidence that astronomy was a recognized science as far back as the Babylonian civilization hundreds of years before Christ. But the study of the stars was not limited to one country. There were similar movements going on in China, India, and Ancient Egypt and all over the Arabian Peninsula. The integration of astronomy and religion is so prevalent that we see it in the Christmas story in which the Magi, Zoroastrian priesthood probably from the equivalent of ancient Syria, followed a star to the Christ child. These astronomers were also astrologers and it was that mixture that lead them to be part of this historic event.

1.Influenza which comes from the Latin root word for influence. This reflects an early belief that the position of the moon and stars may influence health and cause or cure disease.

2.Disaster which comes from the Latin for “bad star”.

3.Lunatic which has the root word “Luna” in it which is the Latin word for moon. This highlights the long held belief that is even prevalent today that irrational behavior and even wild and dangerous things happen during a full moon.

Astronomy and its interrelationship with astrology has also influenced culture, education and religion to a very large extent over the centuries. In the English language, the first two days or our week, Sunday and Monday are a reference to astronomy as their literal interpretations would be “The Day of the Sun” and “The Day of the Moon.”

So if you have found astronomy becoming a consuming passion in your thoughts and what fascinates you about the world we live in, you are in great company as this area of study has been a major part of culture and thought virtually since the dawn of civilization. And it will continue to fascinate mankind for as long as those beautiful stars shine over our heads.

Content created and supplied by: Paakwesipaypal (via Opera News )