Dark Circles: Know The 7 Causes Of Dark Circle And The Possible Ways To Prevent Them

By The_NewsGuy (self meida writer) | 11 days

Dark circles can be the result of an unhealthy routine, genetic makeup, or an underlying disease. We tell you their types based on the agent that triggers them.

The face is the calling card of every human being . Either by evolution or by construct, we assume behavioral and physiological characteristics of every individual based on their facial features, consciously and subconsciously. For example, we tend to "reject" facial asymmetries, since in the natural environment these are usually indicative of irregular fetal development and, therefore, a lower evolutionary efficiency and a lower probability of giving rise to viable offspring. 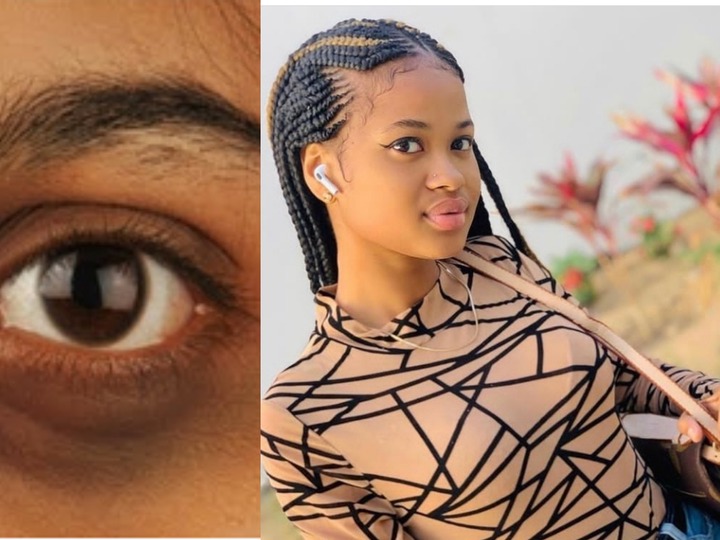 We also systematically avoid "blemishes" such as wrinkles, facial folds, dark circles, crow's feet and many more. We fear death and, therefore, we do not want to recognize that time passes on a physiological level. As you can see, at least in part, any rejection of an aesthetic component has a sociobiological basis. Although it is difficult for us to recognize it, we are still animals with a clear instinctual and subconscious component.

Dark circles are one of those aesthetic features that have taken the cake when it comes to rejection, since up to 90% of the general population argues that they would be their first skin "problem" to be solved. Without going any further, it is estimated that an American woman spends about $15,000 in her entire life to treat her facial blemishes, including eye bags and purple under the eyes. For all these reasons and many more, today we find it useful to address the 7 types of existing dark circles and their importance, based on the underlying etiological agents . Do not miss it.

What are dark circles and how are they classified?

Before getting into the rankings, you need to lay some groundwork. Dark circles are actually "idiopathic hyperchromias of the orbital ring" and "periorbital dark circles", or what is the same, a darker than normal epidermal and subepidermal area, located under the ocular apparatus .

The mechanism of the emergence of dark circles is very simple to explain from a physiological point of view: the purple color under the eyes is not pathological, but an effect of the fineness of the skin that forms the eyelids and associated structures. As this layer of epidermis is so thin and light, changes in internal vascularization can be easily seen, hence the dark circles appear purple (the greater the blood flow, the greater the darkness).

Many periorbital dark circles have no specific cause , but others can be indicative of lack of rest, genetic inheritance, sun exposure, and even an underlying disease. With this idea in mind, we present the 7 types of dark circles based on their causative agent. Go for it.

1. Dark circles due to fatigue 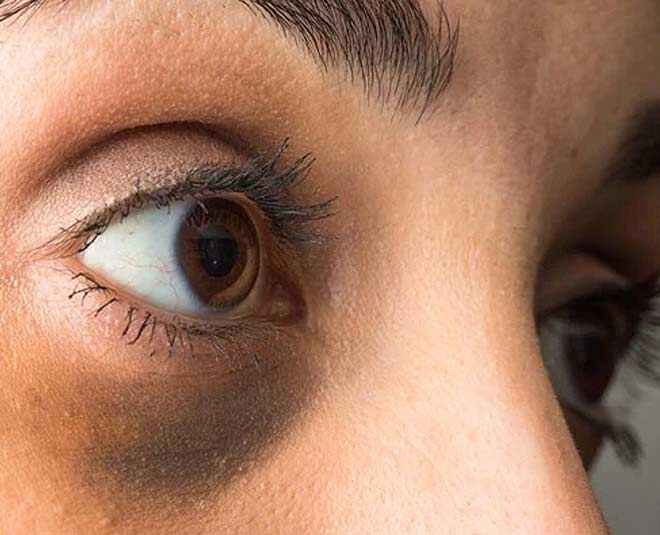 Chronic fatigue and constant mental challenge can translate into pale skin. Due to the fineness of the outer tissue of the periorbital area, when the skin loses color, it is easier to see the underlying capillaries and blood vessels . For this reason, periorbital dark circles appear in most cases, better known as idiopathic dark circles by general society.

Lack of rest affects the skin far beyond dark circles, since according to studies, fatigue also redistributes the disposition of facial features. During an investigation, the Institute of Sleep Medicine measured the epidermal patterns of several patients before and after undergoing a 6-hour rest period a day. It was found that lack of sleep shows wrinkles 45% more, the number of spots increases by 13% and redness is pronounced by 8%. Literally a person who sleeps little in the long run will look older on a physiological level.

Sometimes, the vascularization under the epidermis is confused with a darkening of the actual skin tone. Periorbital hyperpigmentation is not really dark circles, because in this case, the darkened tone of the orbital ring is due to a greater local production of melanin, the pigment responsible for the color of the skin, hair and eyes.

Due to their nature, these "dark circles" are considered hereditary . When a person in the family has periorbital hyperpigmentation, it is more than likely that one of their descendants will also develop it. This condition seems to be more common in women than in men, reaches its peak of prevalence between 16 and 25 years of age and is associated with people with Mediterranean ancestry.

3. Dark circles due to sun exposure 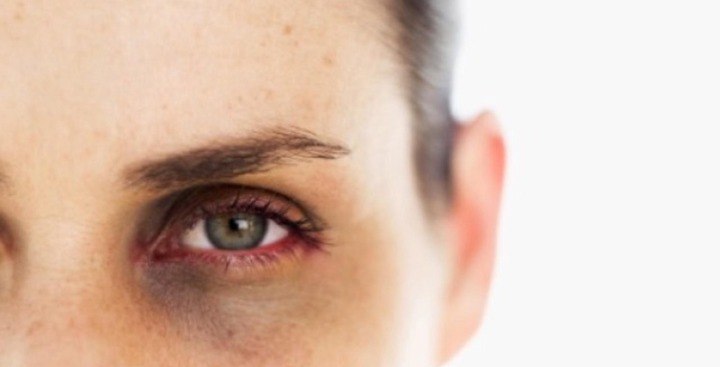 When a human being is exposed to the sun in an excessive way, melanocytes (epidermal cells that produce melanin) synthesize more melanin, in order to protect the skin and internal organs from solar radiation and its harmful effects. This simple mechanism explains, for example, that we turn brown after a few days on the beach.

The periorbital area follows the same rule: if a person exposes the ocular environment a lot to the sun's rays, it is possible that a transient hyperpigmentation occurs , which can be confused with dark circles when used. Again, in this case the dark circles are not formed by a pale skin, but by the localized accumulation of melanin. 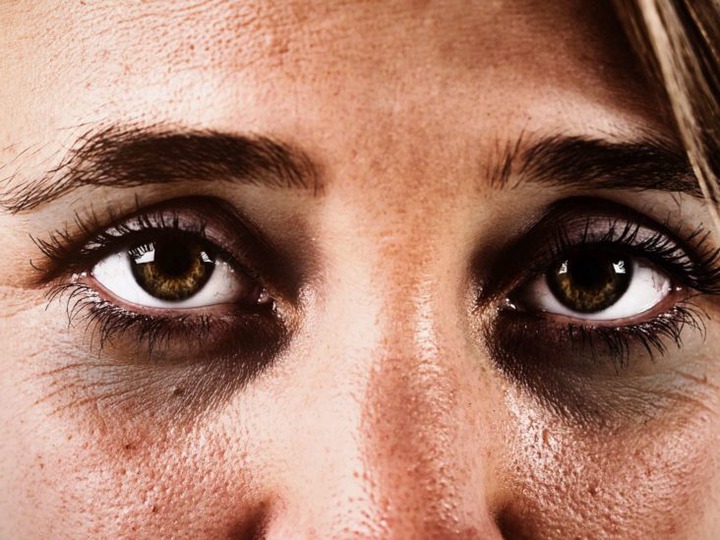 Over time, the collagen in the skin breaks down. These protein molecules, made up of three different chains and arranged in fibers, bundles or connections, are responsible for keeping connective tissue “together”, including tendons, muscles, skin and cartilage, among others. When collagen is degraded and its synthesis is limited, the skin acquires a finer, more fragile and cracked tone.

Therefore, the lack of this protein in the orbital environment makes it appear more translucent , allowing a clearer view of the underlying vascular system. On this occasion, dark circles are again a cause of thin skin, not of the accumulation of melanin. 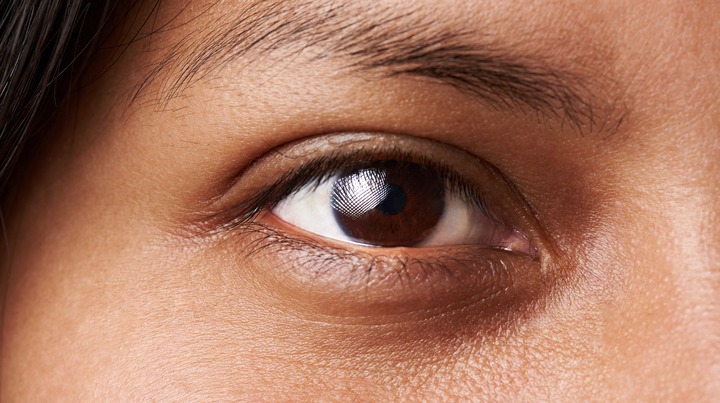 Histamine is an imidazole amine that plays an essential role in local responses of the immune system, especially during allergies. Among many other functions, this compound is a vasodilator, which promotes greater blood flow between tissues and to the heart.

Dilation and increased blood flow may be more evident in the periorbital area, due to the fineness of the skin already mentioned. For this reason, darkening in the eye rings is common in allergy sufferers . Here the dark circles are not idiopathic, but arise because of a specific clinical entity. Therefore, they require medical attention.

6. Dark circles due to anemia 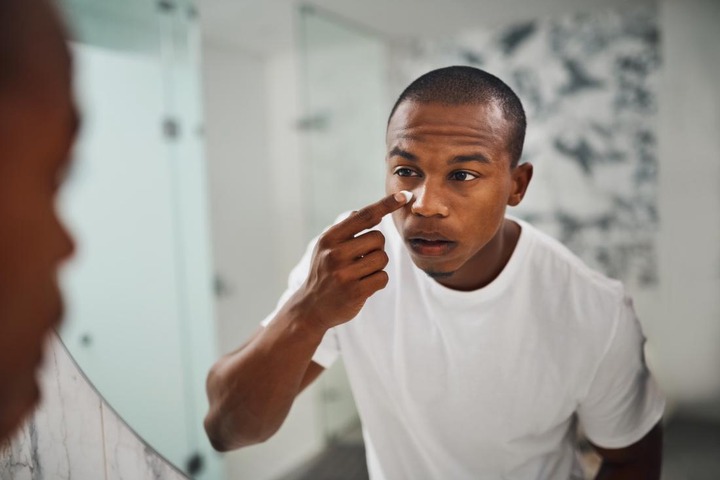 One of the clearest clinical signs of anemia is the paleness of the skin, derived from the lack of circulating red blood cells and from a lower efficiency in transporting oxygen to the tissues. If a person has permanent dark circles, is tired despite sleeping well, and is on a poor diet, they are most likely anemic. On this occasion, dark circles are another sign that something is wrong on a systemic level.

Some vasodilator drugs increase systemic blood flow, something that is evidenced in a greater amount of blood in vessels and capillaries under the eyes. Surely, before being prescribed, the doctor will warn the patient of the side effects of these drugs , including the temporary presence of dark circles.