For decades ago, NASA transmitted a message into space 27 years later and something responded

By IamUpperWestKing1 (self meida writer) | 1 months

FOR DECADES AGO, NASA TRANSMITTED A MESSAGE INTO SPACE 27 YEARS LATER AND SOMETHING RESPONDED

In the middle of the 1970’s, Carl Sagan and his peer colleagues transmitted a broadcast known as the Arecibo message into outer space using radio waves. The 1974 landmark was a special ceremony to commemorate the remodeling of a radio telescope in Puerto Rico known as the Arecibo.

This transmission was the most powerful broadcast of energy ever beamed out into space.

The blast of energy was directed toward a star cluster that is located an estimated 25,000 light years away from our planet.

The data contained within the transmission was simple yet complicated, and made sense. It was a pictorial message that depicts our planet Earth’s location in our solar system.

The data contained as much as the basic core principles of our systems of mathematics and science, and of course the data was placed into the transmission with hopes that some extraterrestrial intelligence would interpret it.

As simple as it was, an intense amount of information was contained within this message, even info about the code of human DNA and information about our appearance.

So how did they manage to encode such a massive amount of data in a transmission blasted into outer space? Take a look at the code in this crop circle: that’s how.

In 2001, 27 years later the above pattern appeared right next to the Chilbolton, Britian’s largest telescope and astronomical observatory. The facility is home to the largest fully steerable meteorological radar in the world. It is reportedly identical to a visual representation of the data transmitted by Sagan and his team in 1974.

The message encoded into the crop circle is supposedly coded, and describes a different solar system, an alien image of the sender like the original message sent out by NASA, DNA that isn’t human, and a sort of microwave antenna as opposed to the depiction of the radio-wave antenna present in the 1974 message.

To ensure that this crop circle in fact was coded with all that information, someone might want to confirm this.

Also other crop circles are decoded 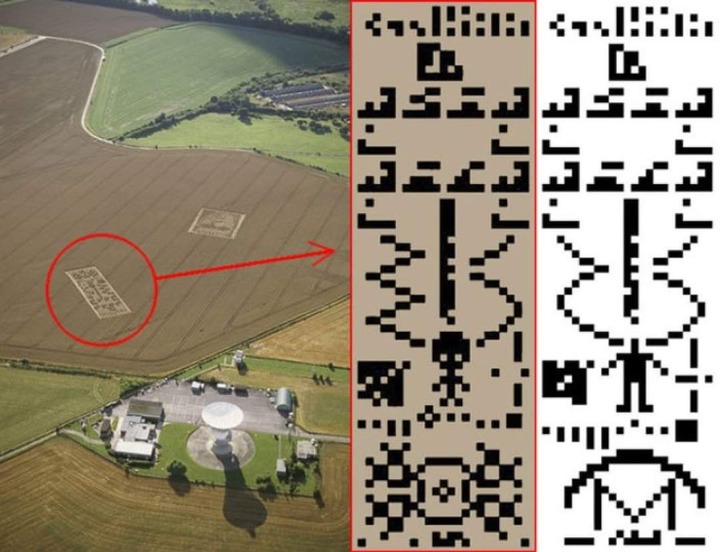 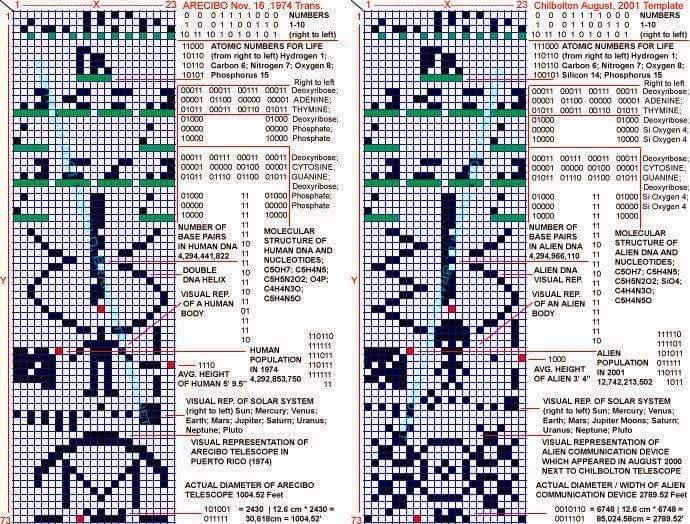 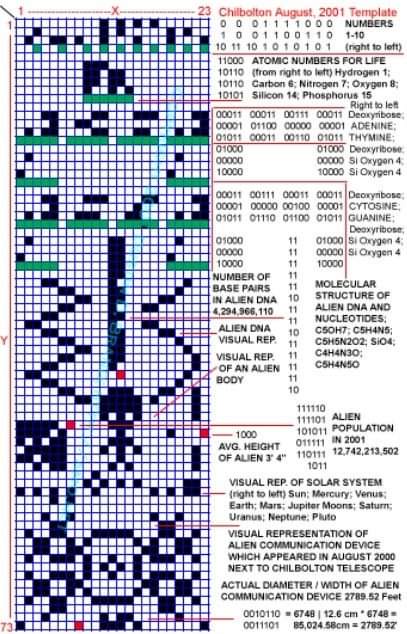 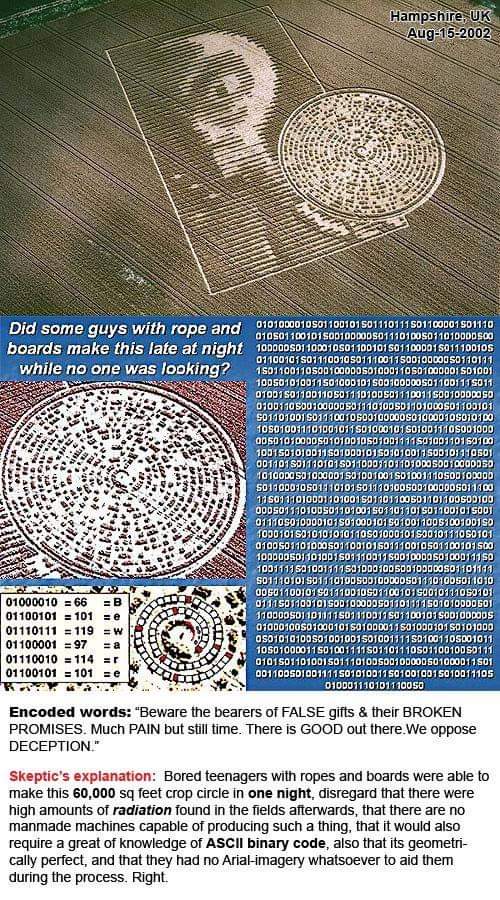 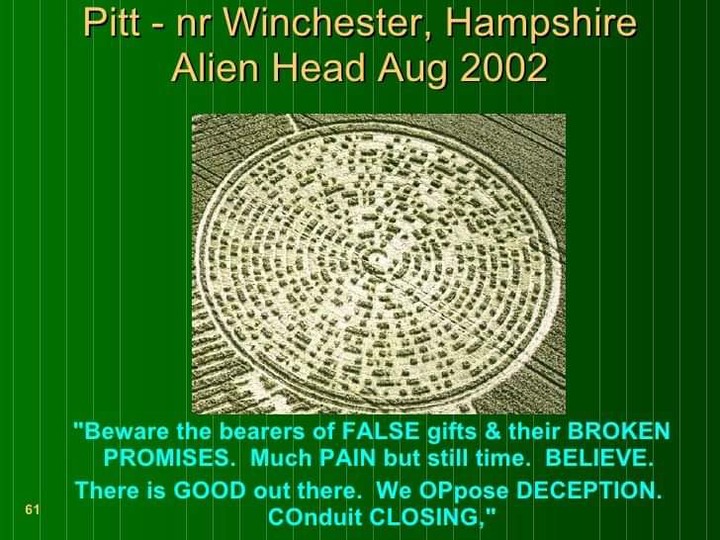 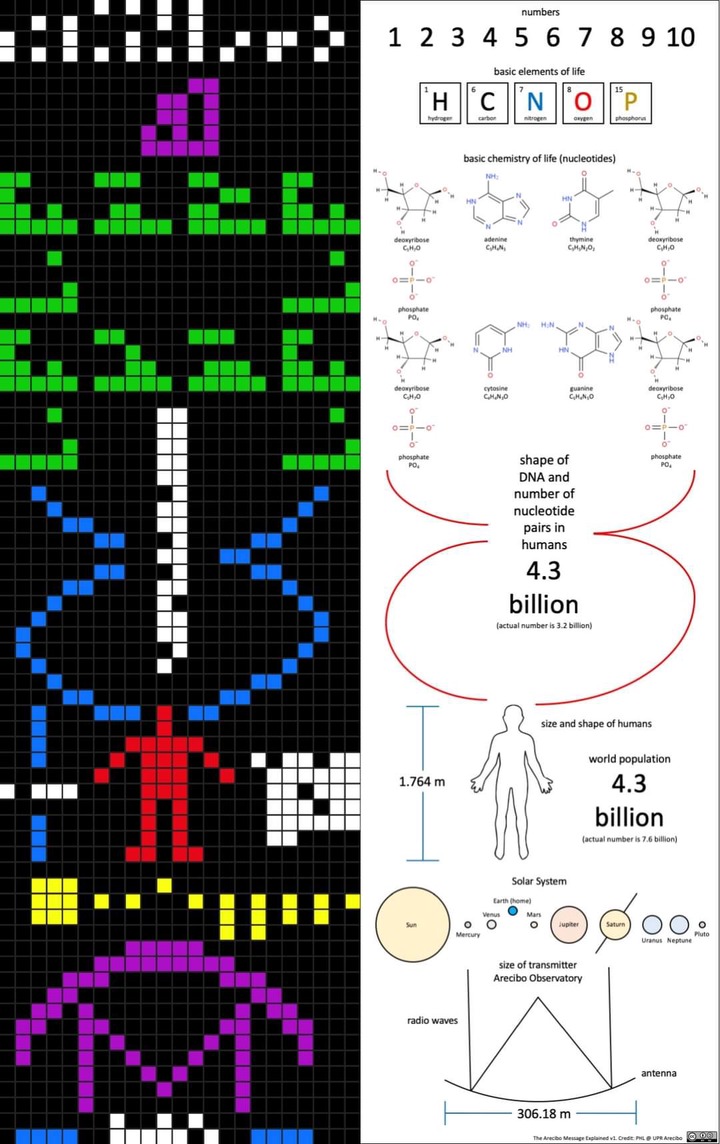 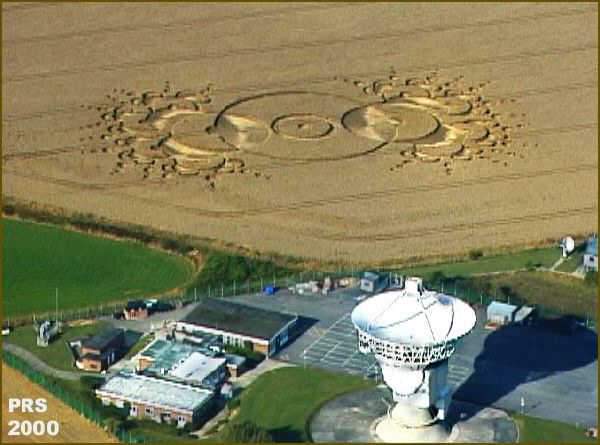 Content created and supplied by: IamUpperWestKing1 (via Opera News )