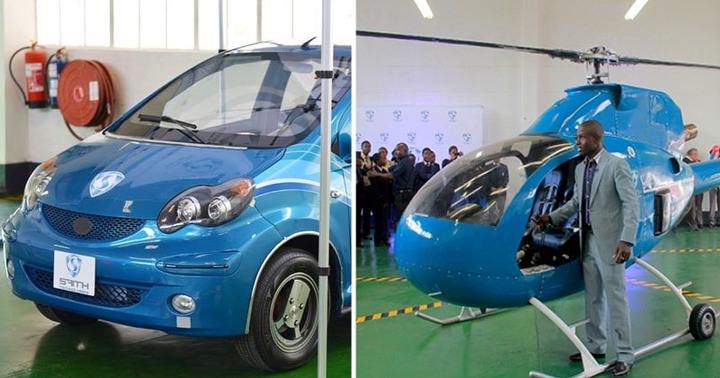 A Zimbabwean born inventor named Sangulani Maxwell Chikumbutso, the inventor of an electric car that runs perpetually without ever needing a charge is sick.

The outlandish claims maker is trending on opera news thanks to a newshub creator,Ericajeny.

In her reports the self-taught inventor is currently recuperating in hospital allegedly poisoned.

Max Chikumbutso made headlines in 2015 with controversial inventions particularly his invention on chargerless electric cars and free energy which defies the first and second law of law physics.

The first law of physics, the Law of conservation of energy, states that energy can neither be created or destroyed in an isolated system. The second law of thermodynamics states that the entropy of any isolated system always increases meaning potential energy of the state will always be less than that of the initial state. In otherwords energy output is always less than input energy of the state of a system.

Max's invention that defy the law of physics is as follows.

Another claim made by this same Saith Technologies relates to GPM or Green Power Machine that produces electricity utilising the radio frequency. This is a proven fact but the invention had not reached that stage to power a generator except some few nano devices, GPM is similar to physics-abiding technology known as radio frequency harvesting.

Only A Leader Like Atta Mills Can Transform Ghana – Tsatsu Tsikata