Many odd organisms can be found in Madagascar, including satanic leaf-tailed geckos, aye-ayes, huge jumping rats, and leaf bug nymphs. 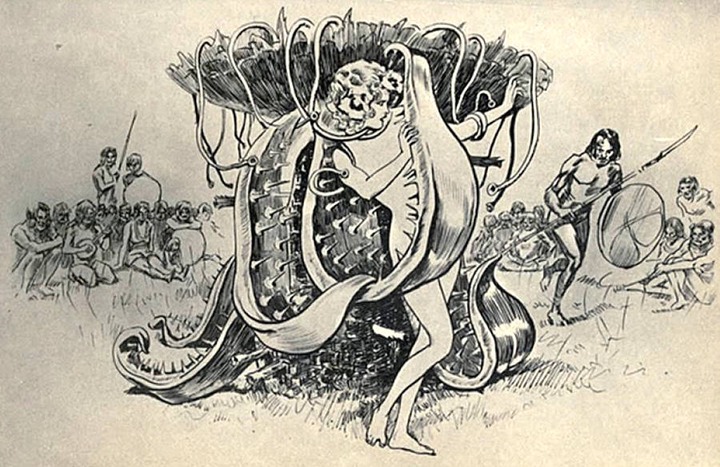 For many years, though, the island's most powerful form of life was said to be a tree that ate humans.

According to a letter made by the hungry plant's discoverer, Carl Leche, to Dr. Omelius Fredlowski, the account went into considerable detail about the tree and the primitive Mkodos tribe that worshipped it. 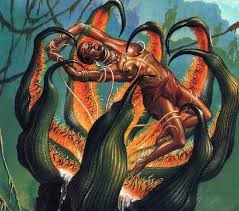 According to legend, the Mkodos lived in caverns, wore no clothes, and practiced no religion other than "the dreadful devotion which they pay to the sacred tree."They were also all short, with none standing taller than 56 inches.

The explorer stated the Indians shouting frantically around the tree cut short his observation.

Carl Leche, Dr. Fredlowski, and the Mkodos tribe were all made up characters in his head.

""I can assure you," Hurst continued, "it does eat humans." 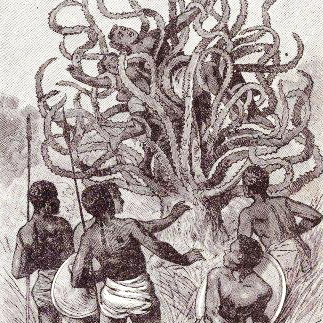 It's a closely guarded secret, and locals are wary about revealing the location.

According to the chiefs, sacrifices are made to the tree on a regular basis.

If at all feasible, I'd like to capture the actual ceremony on film."

They came up empty-handed.

They did, however, return uneaten.

[Sad]: Bishop John in critical condition after being attacked by sharks at Seashore - Dickson hints

From The Now Defunct Zongo Ministry, He Now Heads The National Petroleum Authority.