Dr Ashitey Trebi Ollenu is a Ghanaian and a Chief robotics engineer of a team formed to design robots for NASA Missions at the NASA Jet Propulsion laboratory. 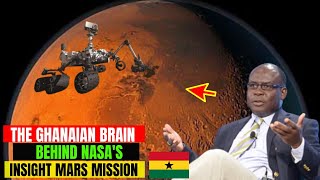 Ashitey Trebi-Ollennu,  is a Ghanaian robotics engineer at the National Aeronautics and Space Administration (NASA) and the chief engineer and technical group leader for the mobility and manipulation group at the Jet Propulsion laboratory He has been associated with various NASA Mars missions, notably the Mars rover and Insight projects.

He was born in Accra Ghana, to Ga parents. Ollennu's father, Trebi Ollennu was an economist at the Ministry of Finance in Accra. As a child, Ashitey lived close to an airport and would always see airplanes fly by. This fascinated him and fostered his interest in space exploration, aircraft and aerial robots particularly autopilots.

He attended Garrison Primary School in Burma Camp and completed his secondary education at the Ghana Secondary Technical School.He travelled to the United Kingdom where he received his Bachelors in Engineering (BEng) in Avionics at Queen Mary University of London in 1991. 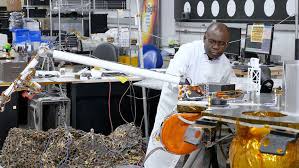 Dr Ashitey Trebi Ollennu - the Ghanaian Who help design Nasa's Insight Spacecraft researching Mars. NASA scientist Ashitey Trebi-Ollennu is an innovator who helped deploy a lander on the surface of Mars. As a child in Ghana, Dr Ashitey Trebi-Ollenu watched planes take off and was inspired by the possibility of autonomous aircraft.

Now, he's the innovator robotically deploying and installing landers autonomously on other planets. 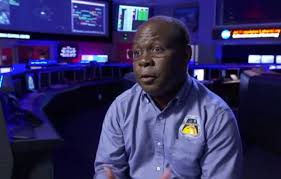 This are some Mars rovers built by him.

He built and Design mars rovers and NASA's rockets engines and rockets used to travel to space. 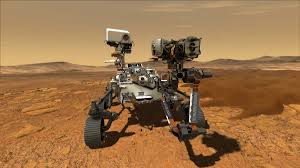 Accident At Achimota: Toyota Car Fell From The Overpass & Lands On Another Car

Will You Drive? Watch Photos Of The First Ever Transparent Car, You Will Love It

Everything you need to know about designer larry and dress styles from him.

8 things Bing does better than Google

Check Out Pictures Of Models With Curvy Bodies And Huge Backsides