Hidden mystery of our universe.

By Exponent (self meida writer) | 15 days

Planets, stars, asteroids, galaxies – the things that we can actually see – make up less than 5% of the total universe. Scientists think another ~25% is a strange substance called dark matter: we can’t see it, we don’t understand it, but we’re pretty sure it’s out there because everything moves to its gravitational tune.Scientists believe that dark matter acts like a spider’s web, holding fast-moving galaxies together. And there’s so much of this stuff that it bends the appearance of space, so that when astronomers observe distant galaxies, they often appear distorted.We have plenty of evidence that dark matter exists, but as for what it is, that remains a mystery. Some think dark matter is composed of an undiscovered particle or particles, others believe it’s an undiscovered property of gravity. Whatever the truth, dark matter is a real puzzle, and it’s proved hugely tricky to pin down. 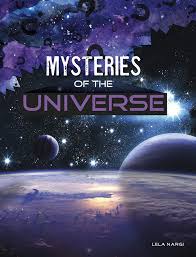 So if dark matter makes up 25% of the universe and normal matter makes up 5%, what about the other 70%?We think that the remainder is entirely ‘dark energy’, powerful enough to tear the entire universe asunder. Whilst dark matter appears to mesh galaxies together, dark energy seems to want to push everything apart.We all know that the universe is expanding, but it’s expanding more and more quickly than it should be, and scientists think that dark energy is the culprit.But where’s dark energy coming from? Some believe that it’s produced from collisions between quantum particles, but no-one knows for sure.

Famously dubbed ‘spooky action at a distance’ by a dubious Albert Einstein, quantum entanglement is the phenomenon by which two particles in totally different parts of the universe can be linked to one another, mirroring the behaviour and state of their partner.Quantum entanglement is a bit of a nuisance for classical physics, because it breaks some fundamental laws that we previously thought unbreakable. For particles to be connected across such vast distances, they must be sending signals to one another that travel faster than the speed of light: a feat previously considered impossible. What’s more, objects are only supposed to be affected by their surroundings; the notion of a particle being affected by something happening on the other side of the universe is just...strange.Nonetheless, studies suggest that quantum entanglement does indeed exist. And even though we don’t understand it, we could still potentially use it. Because of its spooky characteristics, entanglement could eventually become the bedrock of next-generation computing and communications. So watch this space. 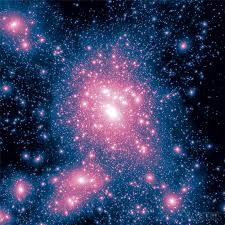 Imagine yourself in opposite land. Black is white, up is down and...matter is antimatter?It sounds crazy, but the sub-atomic particles that make up everything around us – electrons, protons and neutrons – all have evil twins. Antimatter particles are the same mass as normal particles, but the opposite electric charge.And because of this, antimatter wipes out normal matter on contact. Poof! Both are destroyed in an instant. So antimatter has the potential to destroy us and everything we love. But fear not! There’s very little antimatter roaming around in the cosmos.What’s more, antimatter could even prove useful. When antimatter and matter meet and destroy one another, it releases energy. In a PET scanner, anti-electrons are created and their annihilation in the body allows doctors to create sophisticated images. What’s more, scientists hope to one day use the energy released by antimatter/matter interactions to power spacecraft. So perhaps antimatter isn’t quite so evil after all.

The universe is really big; like, really REALLY big. In the grand scheme of things, human beings are just small fry. And yet, we currently seem to be the only ones at the party.The Fermi Paradox refers to the contradiction between the high probability of extraterrestrial life and the apparent lack of evidence that such life exists.We’ve now identified a handful of potentially habitable ‘Earth-like’ planets, but we’re still yet to see any signs of intelligent life from ‘out there’. So why the radio silence? There are numerous theories, ranging from the possibility that intelligent life is exceptionally rare or short-lived, to the notion that alien species are purposefully avoiding detection.

A constant staple of sci-fi thrillers, black holes are violent, vastly destructive and invisible.Black holes are regions of space in which the force of gravity is so powerful that everything around is drawn in. Not even light can escape, which is why we can’t see any of this going on.Experts think there could be up to 100 million black holes in our galaxy alone, and these monsters can grow to become billions of times more massive than the sun. What’s more, at the centre of most galaxies, including our own, lurks a super-massive black hole.But we don’t know what happens when objects pass through the centre. They might become ‘spaghettified’: stretched apart into long strings of matter; they could even be transported through a short-cut to a different part of our universe. Spooky.

In space, no—one can hear you scream. Right? Space is a vacuum, so there shouldn’t be any noise. And yet...you guessed it, there is.The entire universe is alive with sound. And space roar isn’t just everyday sound; it’s actually these odd radio signals that we’ve detected throughout space. You know radio waves – we use them for communications: TV, cell phones, radios. Well, it looks like space is full of them, kicking out a noise that’s loud enough to drown out other signals – which is quite the nuisance for scientists trying to explore the cosmos.So where’s the roar coming from? Some think that it’s leftover radiation from early stars, others believe that it’s gasses swirling around galaxy clusters, or else galaxies themselves. But for now, the roaring universe remains another unsolved (and noisy) mystery.

Space can be an intense place. But we’re totally shielded down here on Earth, aren’t we? Um...about that...Cosmic rays are high energy particles that come from outer space, and regularly bombard Earth. Generally, these particles are completely harmless – our atmosphere kindly protects us. But there are some exceptions.Up high in the stratosphere, cosmic rays can affect both human beings and electronics. Astronauts and aircraft crew are exposed to higher levels of radiation than the average person because of the presence of cosmic rays – although still not enough to be a major risk.But electronics are the real potential victims here. Very rarely, a cosmic ray particle with enough energy can go straight into an electronic system, causing serious damage. The high energy particles can disrupt electronic data, leading to system crashes. And in an increasingly digital world, that’s not good news.We’re only just beginning to learn about the potential impact that cosmic rays could have, and the race is on to find a solution.

9. The Multiverse – The Doppelganger.

Want to feel small? Well, here goes: humanity is but a tiny speck on a planet, within a galaxy, that itself makes up just a tiny, infinitesimal fraction of the universe. In fact, the universe is so vast, we’ve explored far less than 0.1% of it.And yet, it’s entirely possible that our universe is just one of many others. The multiverse theory suggests that the cosmos contains multiple universes. Indeed, some scientists believe that there are an infinite number of universes; which means an infinite number of civilisations, histories, and versions of you.However, the multiverse theory is still highly controversial, and we’re not likely to be charting parallel universes anytime soon. Sorry, guys.

All good things must come to an end, even the universe itself. ‘But how’ you ask? Well, there are lots mind-blowing ideas out there.In the past, the deliciously named ‘Big Crunch’ suggests a scenario in which the universe’s expansion – which has been going on since the Big Bang – tapers off and instead gives way to the force of gravity. As a result, everything – planets, galaxies, clusters – is drawn together into a single, dense point of mass, until everything is wiped out. Don't get too worried though: this is all many billions of years away.These days, the Big Crunch is by no means the only theory out there concerning our inevitable demise. Other ideas include ‘the Big Freeze’, ‘the Big Bounce’ and ‘the Big Rip’. So rest assured, even if we don’t know how the universe ends, we know it’s going to be a pretty big event.For centuries, human beings have looked up at the stars and contemplated the universe and our place in it. From the dawn of time, we’ve always wanted to explore and make sense of the world, and yet, so many mysteries still remain.But amidst all the lingering uncertainties, one thing is for sure: the universe is so much stranger and more complex than we could ever have imagined.