Hubble Space telescope with speed of about 17000 miles per hour.

By EphraimMalsum (self meida writer) | 1 months

It is one of the largest and most versatile, renowned telescope in astronomy.

It was built by the United States agency NASA with contributions from Lockheed Martin and Perkin-Elmer companies.

The Hubble telescope is used to observe distant stars and galaxies and other planets in the solar system. It also carries cameras that allow scientist on earth to see objects billions of light years away.

since its launch in 1990, the Hubble Space Telescope has provided a dazzling array of images that have inspired the public. More than just pretty pictures, it has provided insight into the universe from objects as close to the moon. 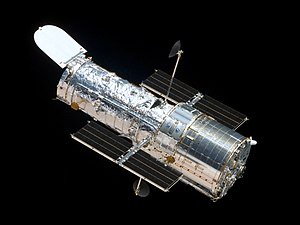 Content created and supplied by: EphraimMalsum (via Opera News )