Top Ten Mysterious Places That Are Far Beyond Scientist Imagination.

The Seven wonders of the natural world may have been named too quickly. Wonders like the Grand Canyon and Victoria Falls are certainly big and anyone who sees them will surely be impressed. But sheer size isn't enough to truly leave a person in awe. There are other places in this world though that is far stranger. Places that seem almost alien as if they could only exist on a planet that evolved separately from our own. These are places that scientists have had to struggle with just to understand how they could have been formed. Places that will make you wonder not just because they're beautiful but because they seem to follow scientific laws that don't exist anywhere, else on earth.

THE BOILING RIVER: Deep in the Amazon, lies a river four miles long. And unlike any other river on earth, the Shehnai Tim Mishka is so hot that any animal that steps into it gets boiled alive. 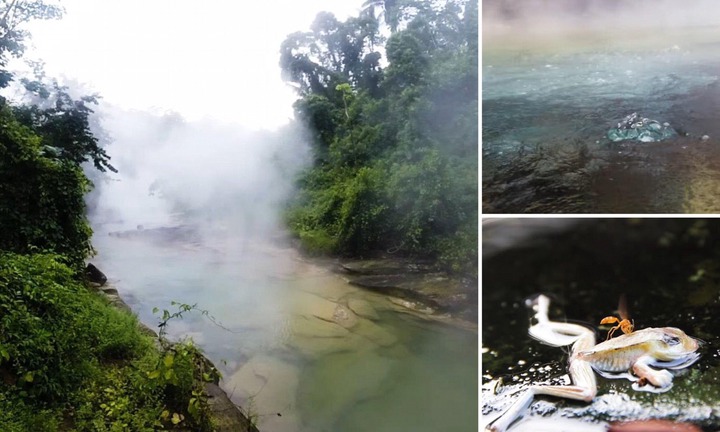 When a helpless creature wanders in, the eyes cook first, melting in its skull. Soon the animal is in too much pain to keep swimming to safety. Water fills its mouth and lungs and it is cooked from the inside-out. The river gets as hot as 91° Celcius or 196° Fahrenheit and scientists aren't completely sure why that happens? Normally, the water that gets this hot is fed by a volcano, but this one is 700 kilometres away from the nearest one. There is a theory though, scientists believe that boiling hot water from under the earth cracks through fault lines and heats up the river making the water a geothermal system unlike any other on earth. 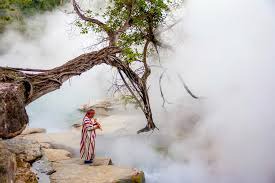 NEVER ENDING LIGHTNING STORM: In Western Venezuela, over the Catatumbo River, there is a storm that never ceases. Starting at 7:00 pm every night, lightning crashes over the water for 10 hours every night (260 nights each year). Nobody knows for sure why it happens up until recently, the leading theory was that it had something to do with uranium in the bedrock. Although, scientists are starting to doubt it. Today, the leading theory is a complicated one. It posits that the shape of the mountains caused warm trade winds to collide with cold air from the Andes. That collision is then fueled by the rapidly evaporating water below and methane from a nearby oil field. Nobody actually knows for sure though, why it happens. Everything about it is mysterious including one moment in 2010 when it inexplicably stopped. One day the storm died out without explanation and seemed for a while to be over, then after six weeks of silence, it sparked up again and has been raging ever since. 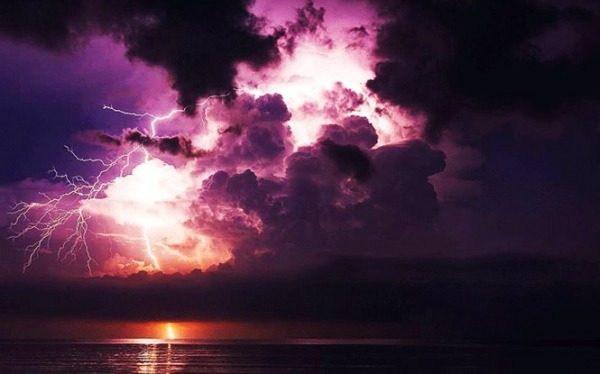 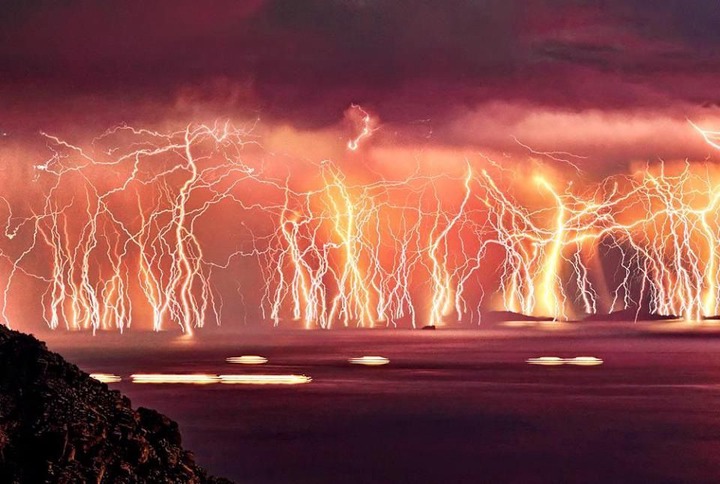 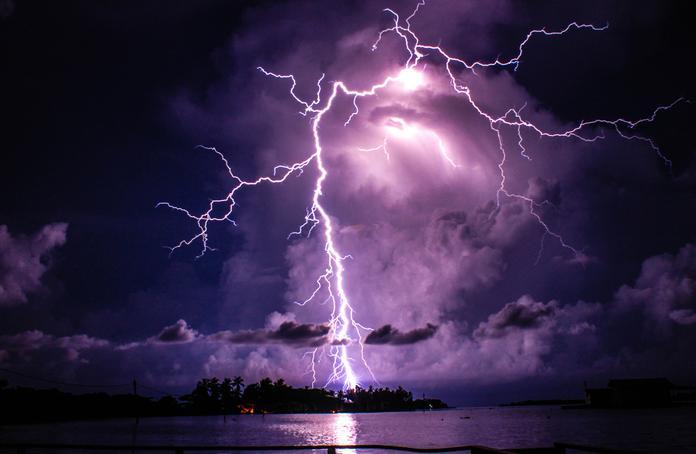 THE HUM OF THE TAOS: Barely audible buzzing sound that you cannot pinpoint can infuriate you. We've all been there when a distant lawnmower or our TV starts making buzz and unless and until we don't find where it's coming from, it feels like our brain-eating itself from the inside. Now imagine the pain and frustration of frustration of residents in Taos in New Mexico. Since the early 1990s, a large number of Taos have complained about a humming sound. It can be heard all around the town and has driven people nuts. For twenty years, various investigators have been trying to locate the hum, but to no success. Some scientists have hypothesized that the town's residents are super hearers who can detect sound that ordinary humans can't. But doesn't that raise more questions than it answers? 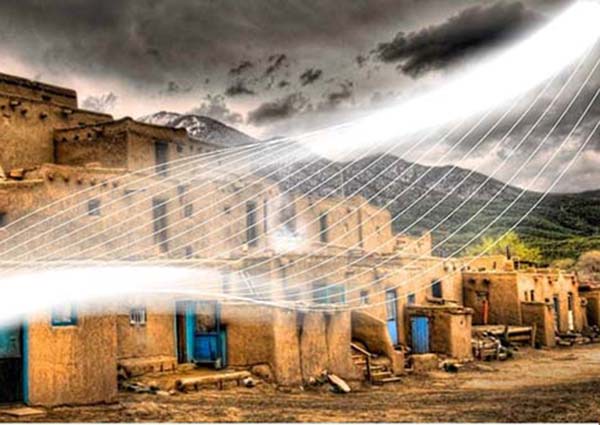 DEVIL'S KETTLE: As far as natural mysteries go, the Devil's Kettle in Minnesota is one of the most intriguing ones. At a particular point along the Brule River, the river's water splits into two. One split continues its course onto the Lake Superior and the other split... well, we have no clue where it goes. 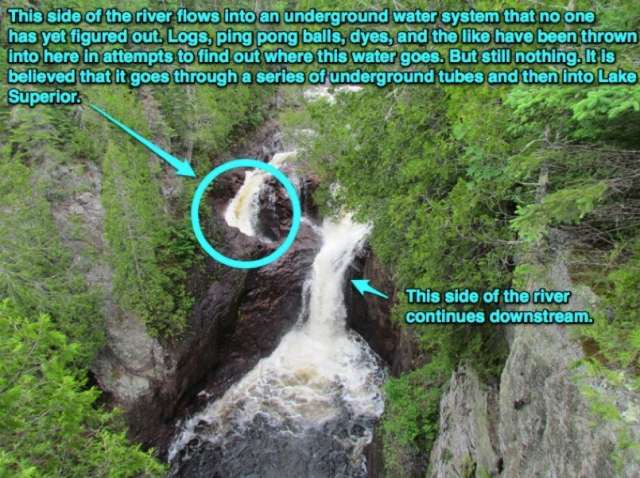 Scientists know it had to end up somewhere, but we don't know where that is. Scientists first tried putting die into the kettle and waited to see which part of the lake turns up colours. It was a futile effort. Nothing turned up. Next, they decided to try it with ping pong balls. They also vanished without a trace. What the hell is going? We all know that laws of science dictate that water has to turn up somewhere even if it's been being stored underground there should be marking and it should be traceable but its own split of this river has bypassed this law. 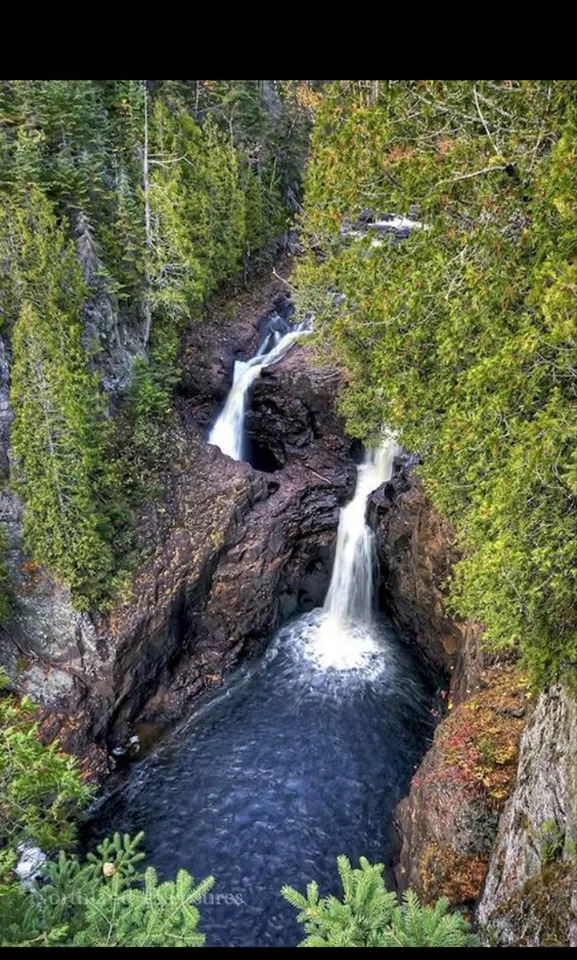 HESSDALEN LIGHTS: Residents of Hessdlen Valley in Norway, are continually living in a realm of a great scientific mystery. Almost every night, lights appear in the sky. They are of bright colours. They dance around and shift shapes. Flash unmistakably and disappear only to appear the day during the night. This has been going on for at least four decades. Scientists are perplexed by this mystery. There are theories though, but none seems to be good enough. Since at least the early 1930s, people have spotted the lights and hypothesized what could be causing them. One theory suggests that the lake there is radioactive. The radon rides dust particles and upon elevations, it decays and produces lights. Another theory suggests that the base of the valley is full of sulfuric acid. Sulfur reacts to the water and produces what scientists call sparks. Hundreds of tests have been performed to pinpoint the exact cause but to no avail.

MOVILE CAVE: In Southeastern Romania, there is a cave that was locked away from the slightest ray of light for five million years and that has a completely different atmosphere from the other parts of the earth. The cave was discovered by workers looking to set up a plant. They tested the ground to see if it was a safe place to build and crack open a pathway that leads to one of the strongest areas on the earth. If you descend through the narrow shaft and pass a series of tunnels, you'll enter a chamber with a lake of sulfuric water stinking of rotten eggs. The air there is toxic filled with hydrogen sulfide and contaminated with 100 times the surface's level of carbon dioxide. The strangest path though is that a whole ecosystem has survived inside it. Researchers have found 33 species inside the cave that don't exist anywhere outside of it. They've adapted to survive in a sulfuric atmosphere, living by feeding off the foam on top of the stones. 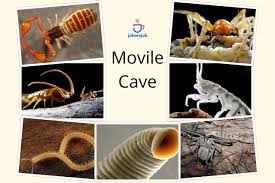 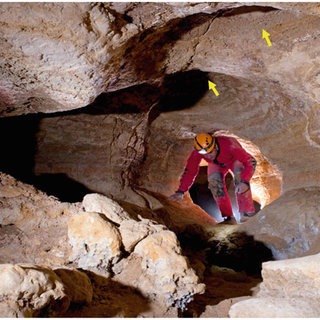 LAKE KARACHAY: The Soviet Union had many nuclear facilities and most of them were ill-planned and unsafe. Inside one such factory, there is the lake. The lake's water has more radioactive material than anywhere else on earth. Lake Karachi is so radioactive that you will die within an hour if you stand near it. Soviet dumped nuclear waste into the lake. Their nuclear practices have caused a few problems with the lake in the past. In 1957, an explosion blew the factory part and the radioactive particles spread more than 23,000km. The area is more radioactive than Chernobyl. The lake has been with concrete to keep these disasters from happening, but still, the entire place is eerily unstable and massively radioactive. 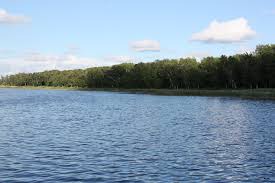 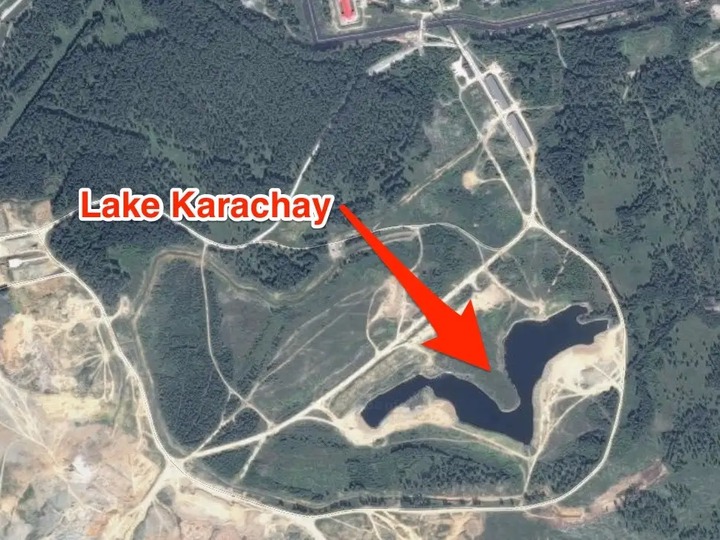 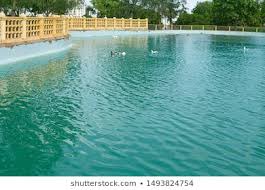 THE DOUBLE TREE OF CASORZO: In the countryside of pia Monti in Italy, there is an unusual sight. There is a cherry tree there that looks in most respects just like any other healthy cherry tree except that it happens to be growing directly on top of a mulberry tree. This isn't completely unprecedented. Parasitic trees have grown out of them before but normally, they're small stunted things that live short lives before falling off. The doubletree of Casorzo though consists of two fully healthy trees. Each spreading its branches 5 meters across. 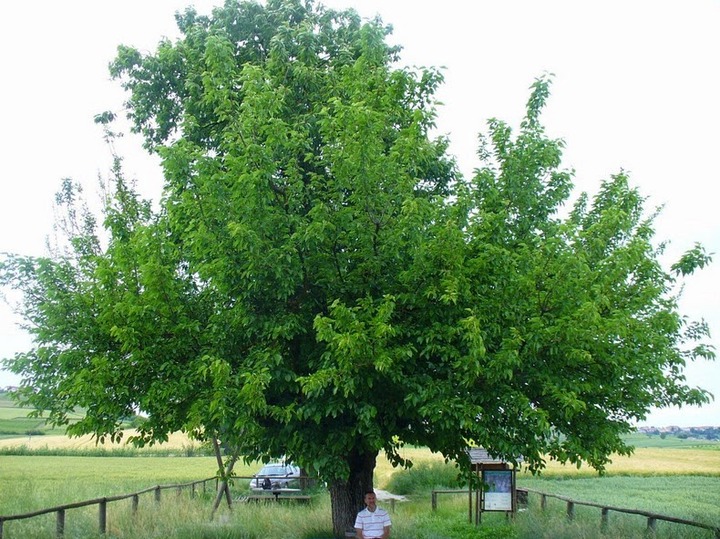 Nobody quite knows how it happened. The locals believe that a bird may have dropped a cherry seed on top of the mulberry tree. The seed grew roots that push through the mulberry tree's hollow trunk and reached all the way to the soil below the mulberry tree letting it survive and grow into a full healthy tree. 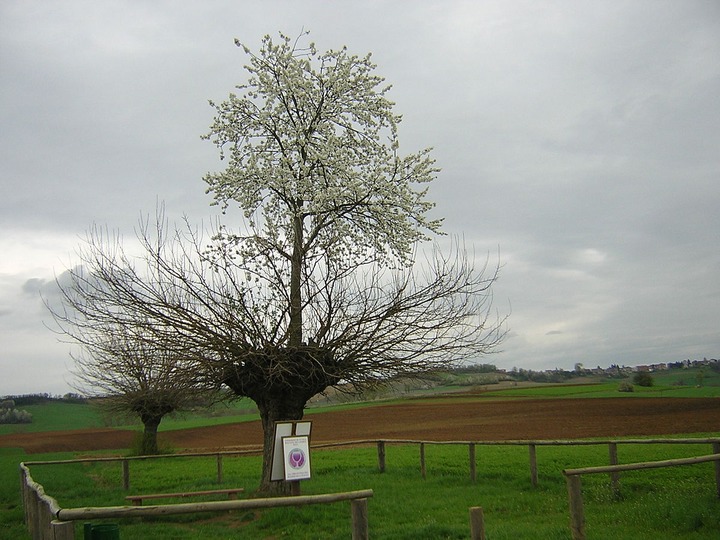 THE SLEEPING CITY OF KALACHI: The city of Kalachi's Kazashtani ant is not a Disney creation. It's real as it gets citizens of Kalachi to face a very peculiar epidemic. People just collapse into naps randomly even while walking on the road. They also report memory loss, fatigue and hallucinations. The epidemic affects people of all genders and ages. Kazakhstan has even recommended evacuations but they're no closer to solve the problem. One theory suggests that the residents are facing some kind of radiation poisoning since the area is near a uranium mine. However, there are flaws in that theory, all the blood tests and other monitoring has turned up zero evidence. Secondly, there is a town that is closer to the mines than Kalachi and they have not reported such an epidemic. So what else could have caused that? The answer is still hanging in the sky and no one is able to bring it down. 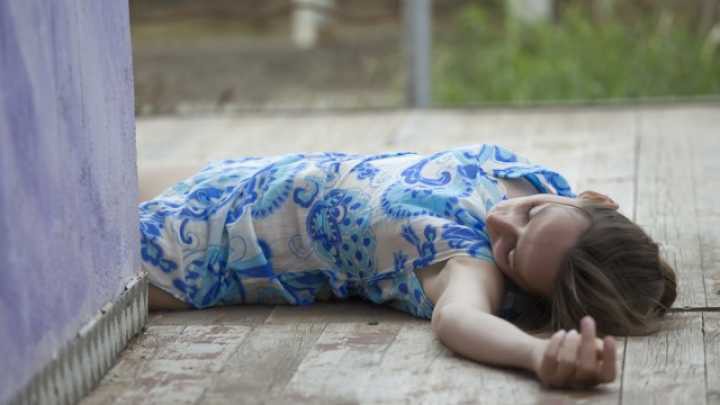 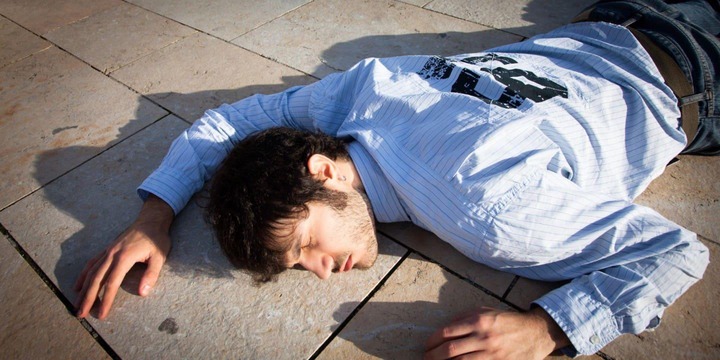 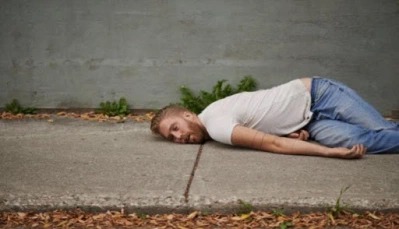 CIRCLES OF NAMIBIA: There is an ecological mystery sitting throughout Namibia deserts. There are fields of grass with circles curved in them at regular intervals. The circles are almost perfectly created and range from 10 to 65 feet in diameter. And by the way, if you are thinking of the movie, the sighs you are not alone. Forget explaining the circles, scientists are not even sure of the more basic questions such as why are there circles but not random shapes? Nothing grows in these circle patches. Scientists have come up with various theories and ll have been debunked almost immediately. In 2013, Nobert Jergens, an environmental scientist said that termites were the cause of the circles, but in 2015, biologist Walter Schinkel tested the hypnosis and disproved it. 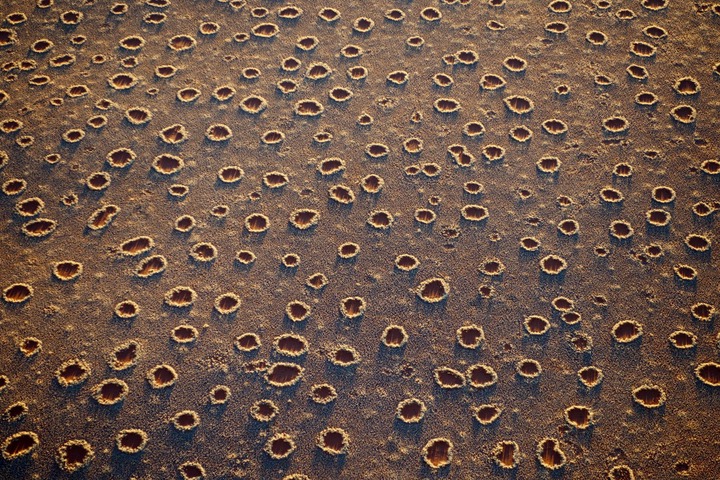 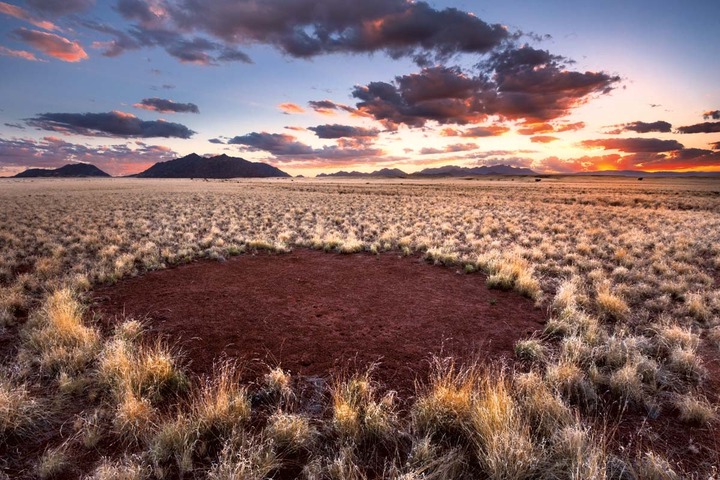 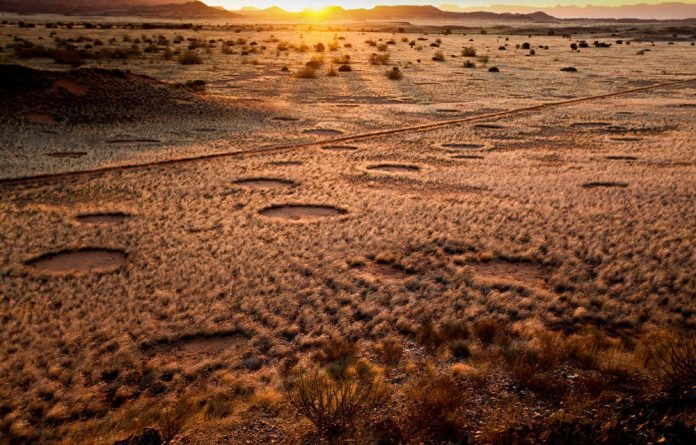 Thank you for reading and sharing it. And please don't forget to like and follow me for more articles. Thank you.