Scientists have revealed the real face of Jesus, and according to the study, he is not white. Read

By Helpyourself (self media writer) | 9 days ago

Scientists in the UK, with the help of Israeli archaeologists, have created what they claim to be the most accurate representation of Jesus' face to date. Using forensic anthropology techniques similar to those used by police to solve crimes, the team, led by retired medical artist Richard Neave from The University of Manchester, used cultural references from the Bible to determine specific features of Jesus' appearance. The team acquired skulls from the region near Jerusalem, where Jesus lived and preached, and used them as a reference for Jesus' typical Galilean Semitic features. This information was provided by Israeli archaeology experts who shared the skull samples with Neave's team.

Scientists were able to recreate a 3D version of Jesus using computer programs and three well-preserved specimens from the time of Jesus. Despite their use of the skulls, they were still unable to determine certain physical characteristics of Jesus such as hair color, length and style. They looked to other sources, such as drawings found at archaeological sites dated to the first century, as well as the Bible, to fill in these missing pieces. The drawings provided clues that Jesus had dark eyes and was bearded, in keeping with Jewish tradition. The Bible was used to confirm that Jesus had long hair. 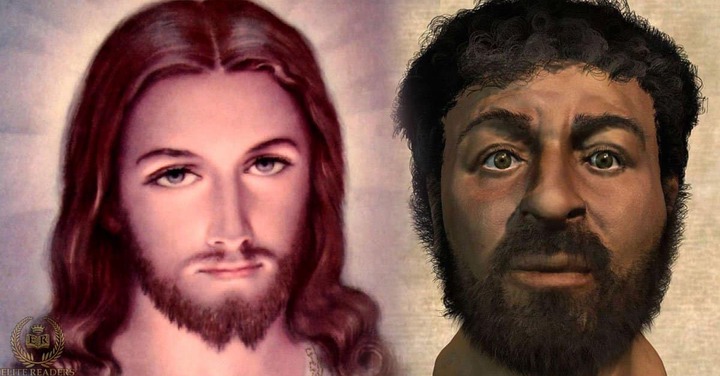 The question of Jesus' hair length has been a topic of debate among scholars. While some religious artists have portrayed Jesus with long hair, many biblical scholars believe that it was probably short with tight curls. This assumption, however, contradicts what many believe to be the most authentic depiction of Jesus' face, which is seen in the image on the Shroud of Turin, a cloth believed by many to be the one in which Jesus' body was wrapped after his death. 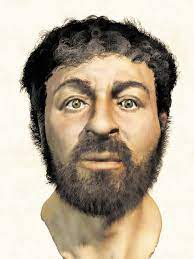 The shroud, which is a subject of debate as to its authenticity, clearly depicts a figure with long hair. Critics of the shroud point to 1 Corinthians, a New Testament book written by the apostle Paul, in which he mentions having seen Jesus and later describes long hair on a man as disgraceful. Using this passage, Neave and his team concluded that Jesus would have had short hair, which is appropriate for men of the time and consistent with the first century drawings of Jesus.