By Currentworldnews (self meida writer) | 27 days 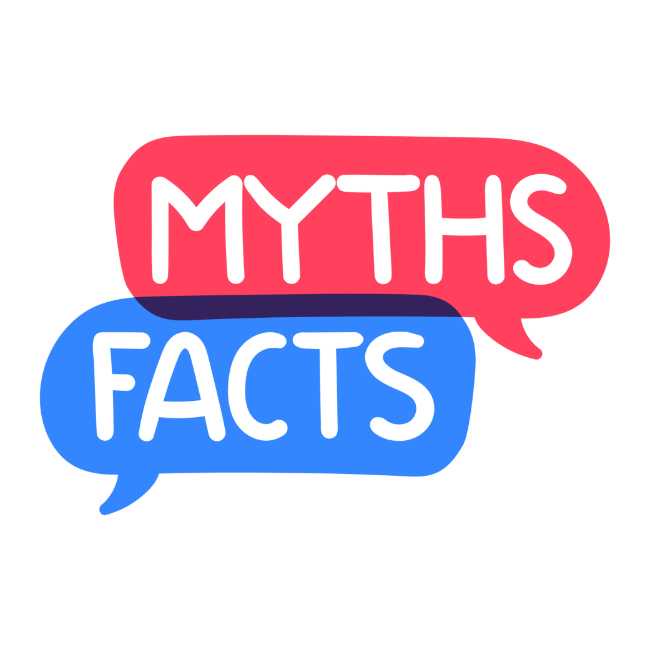 Sometimes it can be hard to separate fact from fiction, especially when so many of the "facts" we've spent our whole lives believing are actually enduring myths and misconceptions.

Facts are based on the ability to gather scientific evidence as proof of the statement whilst Myths are often derived through word of mouth, or the reliance on being passed down from generation to generation.

Here are five of them;

Contrary to the many popular movies depictions, we use more than 10% of our brain. Neurologist Barry Gordon told Scientific American that humans "use virtually every part of the brain" and most of the brain is "active almost all the time." And for more misconceptions we can blame on Movies.

The difference between boiling water with salt and boiling water without salt is negligible (have no effect). As Middlebury College chemistry professor Lesley-Ann Giddings explained to LiveScience, "The temperature of saltwater will get hotter faster than that of pure water, but it still has a higher boiling point, and the mass is still greater when you add salt to the same volume of water. This doesn't mean that the saltwater boils faster."

3. You need to drink at least eight glasses of water every day:

According to the Mayo Clinic, the amount of water you need daily depends on several different factors, like your overall health, your activity levels, and where you live. No single number applies to humans across the board—some people may be perfectly hydrated with fewer than eight glasses and others might need more. Don't worry if you are unable to drink 8 glasses a day.

4. Your hair and fingernails continue to grow after you die:

It's true that a person's hair and nails may appear longer after their death. But, according to the University of Arkansas for Medical Sciences, that's only because the skin around a person nails and hair retracts over time due to dehydration of the body, not because their hair and nails are actually growing.

Deserts are not defined by their temperatures, but by their lack of precipitation. And while most of the world's most famous deserts are indeed hot, there are some deserts that also experience brutal cold. Known as polar deserts, these arid areas can be found in Iran (called Dasht-e Lut) and Northern Greenland, for example.